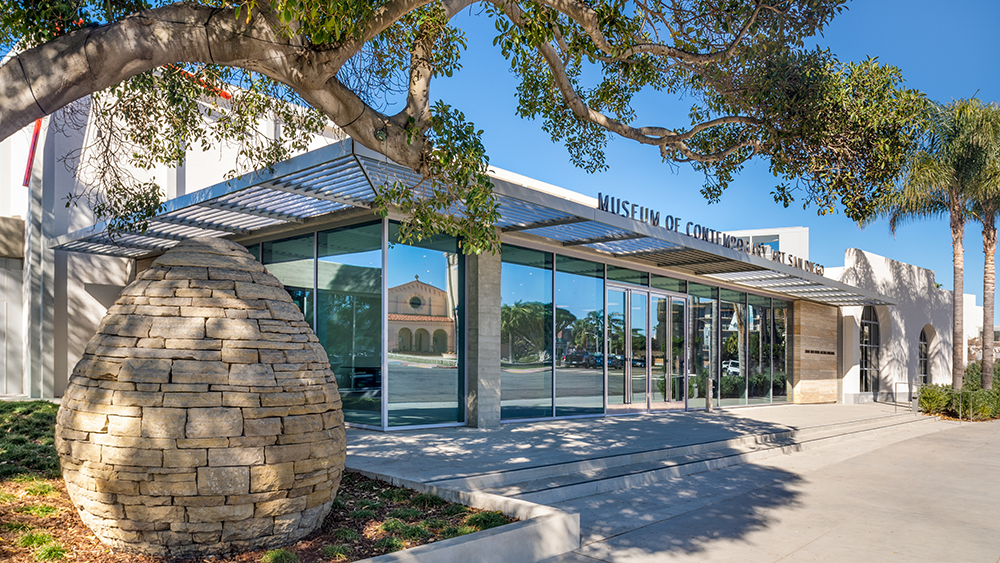 Cheech Marin can’t help but crack wise about his decades-old habit of acquiring art. “Unfortunately, it’s a mania,” he says. “It’s an addiction: My name is Cheech, and I’m an art collector.”

Improbable as it may sound, Marin, half of the iconic duo Cheech & Chong, who spun stoner shtick into comedy gold in the 1970s and ’80s, is widely considered the world’s preeminent collector of Chicano art. Thanks to his gift of roughly 500 pieces from this trove, the Cheech Marin Center for Chicano Art & Culture—or “the Cheech”—will open its doors in Riverside, Calif., in June.

A collector of baseball cards in childhood and, later, of Art Deco and Art Nouveau design, Marin, who is of Mexican descent, began buying Chicano art in the ’80s, starting with paintings by three pioneers, George Yepes, Frank Romero and Carlos Almaraz, and quickly assembled a critical mass of the then-overlooked field. Though the genre is defined as works made by US-based artists of Mexican heritage, typically with a political bent, Marin says he includes other Latinos “when they cross into Chicano territory.”

The thread for him is that each piece offers what he calls “news from the front,” be it a view of the artist’s neighborhood or a take on the day’s social-justice issues.

The collection gained fame when he launched it on an extended tour in 2001, eventually persuading over 50 museums to exhibit it. He had to overcome their natural hesitation to show a private collection, but as he tells Robb Report, “my argument to them was, ‘Well, I have this collection because you don’t.’”

María Esther Fernández, the Cheech’s artistic director, describes Marin’s determination to spread the word as a “mission.” “Chicano art is one of the most important art movements,” she says. “He breathes that; he lives that.”

Recently, museums have pledged to diversify their holdings and programming. The Riverside Art Museum’s offer to devote an entire new branch to Marin’s cache arrived at just the right time. “I had come to the point where I started to say, ‘What am I going to do with this collection?’ ” he recalls. “There’s no more room under the bed, and the garage is full. Then this thing dropped out of the sky.”

In addition to the venue being a midcentury former public library with an apropos 61,420 square feet, Marin says the area’s demographics were a big sell: Both the city and the surrounding Inland Empire region are majority Latino. Marin hopes the Cheech and Riverside will become an international art destination.

One work from his collection that won’t be hanging in the Cheech is a John Valadez painting that Marin gifted to the Museum of Contemporary Art San Diego (MCASD), about a hundred miles to the southwest. MCASD’s La Jolla flagship is unveiling a $105 million renovation and expansion of its own this month, helmed by art-world darling Annabelle Selldorf. The campus, built around a 1916 Irving Gill house designed for philanthropist Ellen Browning Scripps, leans into its geography—both its spectacular setting overlooking the Pacific and surrounding bluffs and its proximity to Mexico, just 15 miles away.

“It’s very dynamic to be at the crossroads of an international border,” says Kathryn Kanjo, MCASD’s director and CEO. “We’ve included our binational location as part of our mandate, so we collect artists of our region: Mexican American, Mexican and, more broadly, Latin American.” The goal, she adds, is that the audience will “see their region, their world, themselves through the artworks.”

With gallery space in La Jolla quadrupling to 40,000 square feet, MCASD is mounting a 1960s-focused survey of Niki de Saint Phalle, who lived out her final years in San Diego, and a collection show highlighting holdings from the 1960s to the present, featuring California Light and Space artists Robert Irwin and Helen Pashgian as well as Romero and Mexican American conceptual artist Ruben Ochoa. A project with Celia Álvarez Muñoz is on tap. MCASD also operates a satellite in a converted railroad depot in downtown San Diego, where the first solo museum show devoted to Chicana artist Yolanda López is on view through April 24.

“When I look at the art history represented in our museum, I know we are making an effort to be as inclusive and representative as possible,” says Kanjo, “so we’re telling an art history thoughtfully.”