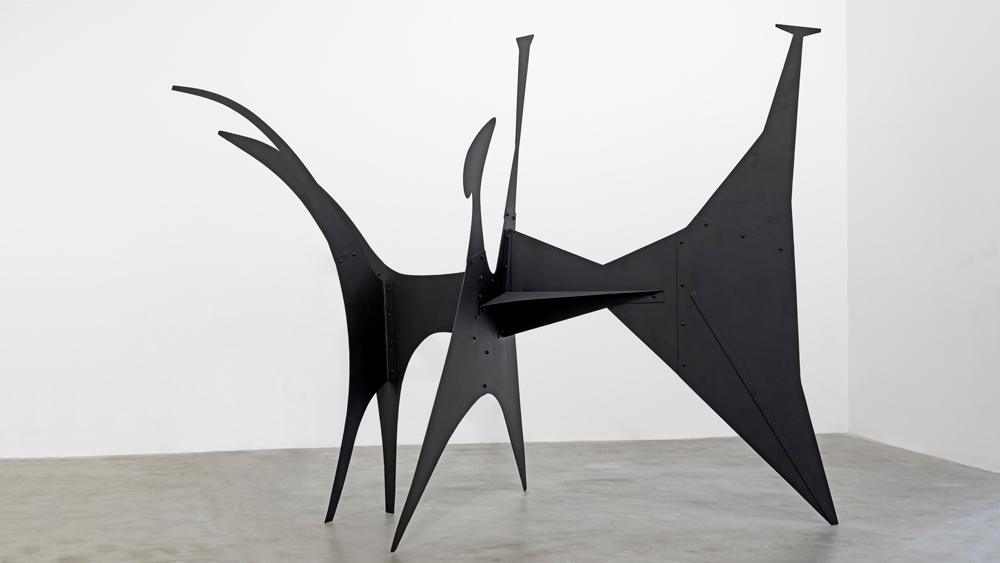 No bromance has been more artistically fruitful than that of Alexander Calder and Ellsworth Kelly. For more than 20 years, the American artists were close friends; though Calder was 25 years Kelly’s senior, the two men influenced each other’s art for decades. “Their work has the most incredible dialogue,” says Swiss gallerist Dominique Lévy. “It is a connection about space, abstraction, and the sublime.” That connection is the focus of Calder/Kelly, an exhibition opening on November 9 at New York’s Lévy Gorvy gallery that juxtaposes Calder’s sculptures with Kelly’s large-scale paintings.

“The two artists became close friends in 1952, while living in France,” says Calder scholar Joan Marter, explaining that, at that time, the well-established Calder became a mentor of sorts to Kelly, supporting him financially and singing his praises to influential curators at the Guggenheim Museum and the Museum of Modern Art, both in New York. 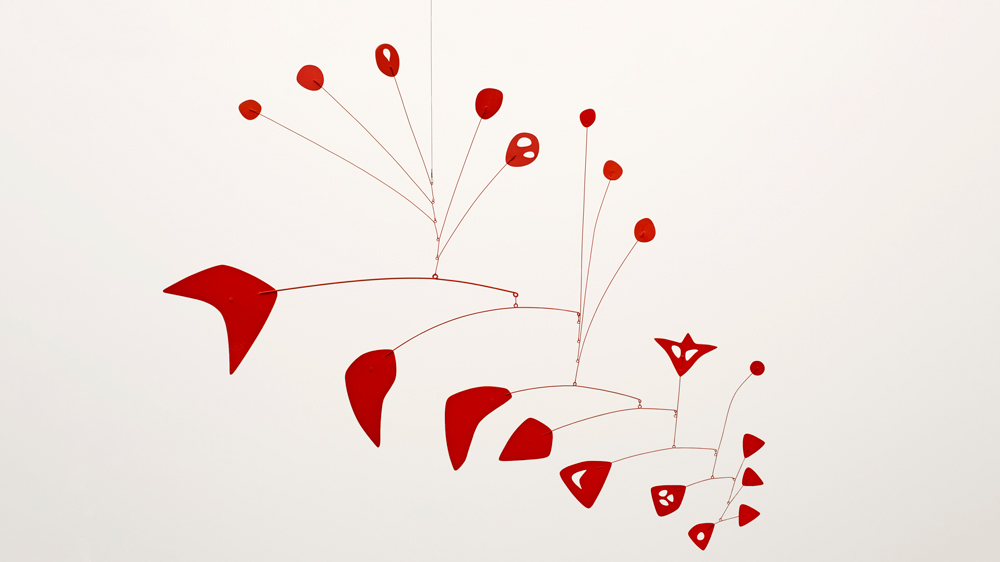 Calder’s influence on Kelly’s largely Color Field work is readily evident in the oeuvre of the two artists, both of whom often blurred the lines between painting and free-standing sculpture in their respective practices. And the show highlights artists’ shared preference for a graphic palette dominated by black and white, and high-chroma colors. When it came to constructing their sculptures, says Marter, Kelly much preferred thin folded sheets of metal, while Calder opted for bolts. 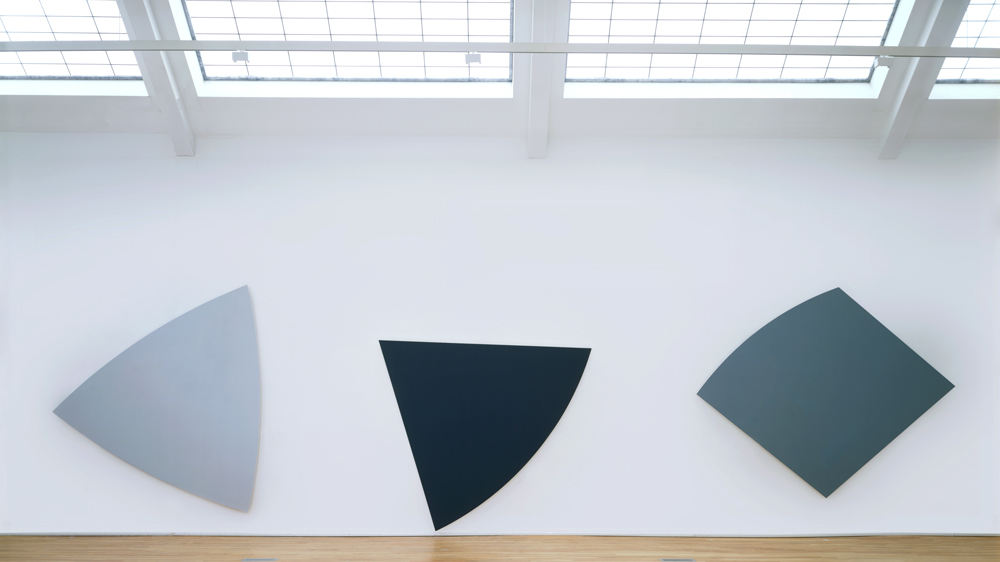 The Lévy Gorvy show—mounted in collaboration with the Calder Foundation and the Ellsworth Kelly Studio—includes some three dozen works spanning five decades. Among them are Calder’s 1954 mobile Red Maze III and 13-foot-high sheet-metal sculpture Black Beast (1940) and Kelly’s bold paintings, Black Blue (1959) and Three Gray Panels (1987). In addition to paintings, works on paper, and sculpture, the exhibition will include a bit of ephemera—personal correspondence between the two artists that provides deep insight into their relationship. Calder/Kelly runs through January 9, 2019.