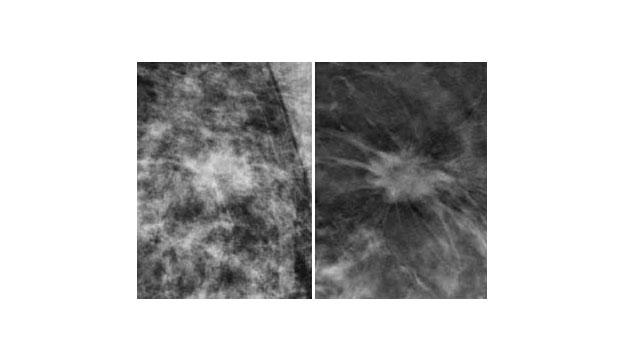 UCLA is among the first medical centers in Southern California — and the only one in West Los Angeles — to offer a new breast imaging technology that improves breast cancer detection rates compared to conventional mammography while reducing the rate of false-positive results. Called digital breast tomosynthesis, the technology is now offered at two UCLA breast imaging centers and is expected to emerge as the new standard-of-care in breast imaging.

More than 38 million U.S. women undergo mammography each year for screening or diagnostic purposes. Mammography is among the most-studied screening tools in medicine today. While mammography has been proven to save lives, the technology is imperfect. Digital breast tomosynthesis addresses some of the challenges associated with standard breast imaging and provides a more accurate assessment of breast health.

The limitations of traditional mammography

Conventional mammography produces two-dimensional images of the breast. X-rays are taken from the top and side of the breast, with each view appearing as a single, flattened image. Breast cancers, which are dense like normal breast tissue, appear as white lesions. But radiologists sometimes struggle to distinguish small breast cancers especially among women with dense breast tissue, which also appears white on the images. On 2-D images, breast tissue can overlap, further obscuring a small cancer.

While studies show that conventional mammography reduces breast cancer deaths by about 30 percent, approximately one in five cancers are missed by mammography, according to the National Cancer Institute. Meanwhile, about half of all women screened annually for 10 years will experience a false-positive result. These patients are typically referred for a second diagnostic evaluation screening, and as many as 17 percent will undergo unnecessary biopsies. Call-backs and biopsies create anxiety for women and raise healthcare costs.

Breast tomosynthesis supplies radiologists with vastly improved information that significantly reduces both false-negative and false-positive results. During tomosynthesis, the breast is compressed and stabilized as with conventional mammography. However, during the four-second scan, the camera moves over the breast in a small arc to obtain 15 low-radiation pictures from multiple angles. A computer uses the data to generate 3-D images that the radiologist can page through, manipulating the images to distinguish suspected lesions without all of the usual superimposed breast tissue.

Numerous studies have been performed comparing breast tomosynthesis to conventional mammography. One study found a 27 percent increase in the detection of breast cancer with tomosynthesis. More importantly, the study found that tomosynthesis improved the detection of invasive breast cancers by 40 percent. Research further suggests that the rate of false positive results can be reduced by 15 to 37 percent. The technology is also superior at detecting multiple breast tumors.

Breast tomosynthesis is particularly useful for diagnostic mammography and helps to define the size, shape and location of tumors.

Breast tomosynthesis was approved by the Food and Drug Administration (FDA) in 2011 for use in a “combination mode,” in which the 3-D data was acquired along with a standard 2-D mammogram during the same compression. The radiation exposure from combined 3-D and 2-D mammography is approximately double the dose received during conventional mammography. In May 2013, the FDA approved a procedure in which the 3-D data set is used to reconstruct a 2-D synthetic mammogram. This technology, known as Hologic C-View, eliminates the need for separate 3-D and 2-D images and halves the radiation to that of a conventional mammogram.

Patients undergoing breast tomosynthesis can be assured they are receiving the most advanced imaging technology available, says Anne Hoyt, MD, clinical professor and director of the Barbara Kort Women’s Imaging Center. Radiation exposure using the new Hologic C-View technology is similar to conventional mammography, and patients are likely to experience fewer call-backs for a second scan.

“Overlapping dense tissue gives the illusion that there is something there,” Dr. Hoyt explains. “Sometimes women are scheduled to come back, and it turns out there is nothing there. These call-backs create a lot of anxiety among women. This is one of the criticisms of mammography.”