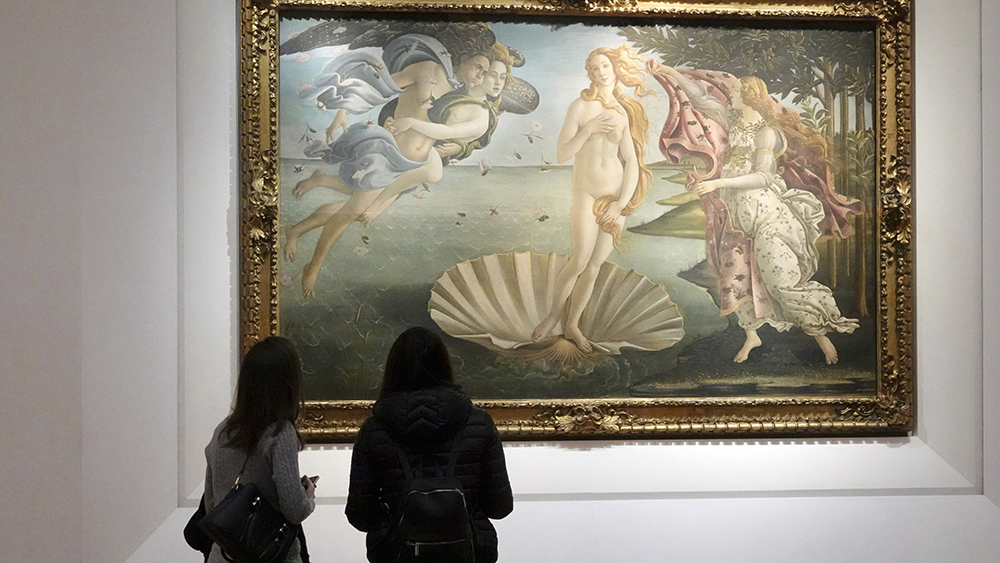 Looking to recoup losses resulting from the pandemic, the Uffizi Galleries in Florence is offering its most famous artworks for sale as NFTs. The first encrypted work available, Michelangelo’s painting Doni Tondo (1505–06), sold for $170,000. According to the Italian newspaper Corriere della Sera, the digital facsimile of Doni Tondo was purchased by an Italian woman as a birthday gift for her husband, a prominent collector.

The Uffizi Galleries will share the proceeds with Cinello, an Italian company that is offering a new alternative for purchasing digital copies of masterpieces, as part of a recently announced partnership. Called DAWs, the virtual artworks are generated in the dimensions of the actual piece and purport to be impossible to duplicate. Each DAW is accompanied by an NFT token and a certificate of authenticity signed by the museum.

The Uffizi Galleries in Florence reopened to the public on May 6 after being shuttered for more than two months, giving visitors a look at its expanded exhibition space. On the first day it reopened, the Uffizi recorded 1,516 visitors, according to a report in the Art Newspaper. Pre-pandemic, the museum attracted between 5,000 and 6,000 visitors per day. Annual visitors fell from 4.4 million to 1.2 million last year amid successive lockdowns.

The museum has slated a slew of other major works from its collection to be turned into DAWs in the following weeks. Among the works are Caravaggio’s Bacchus, Botticelli’s The Birth of Venus, Titian’s Venus of Urbino, and Raphael’s Madonna del Granduca.

“In the medium term [the NFT sales] will be able to contribute to the finances of a museum, comparable to the proceeds of the restaurant business,” Eike Schmidt, the Uffizi’s director, told Corriere della Sera. “It’s not a change of direction in terms of revenue, it is an additional revenue. But creating such a market is not a quick thing.”