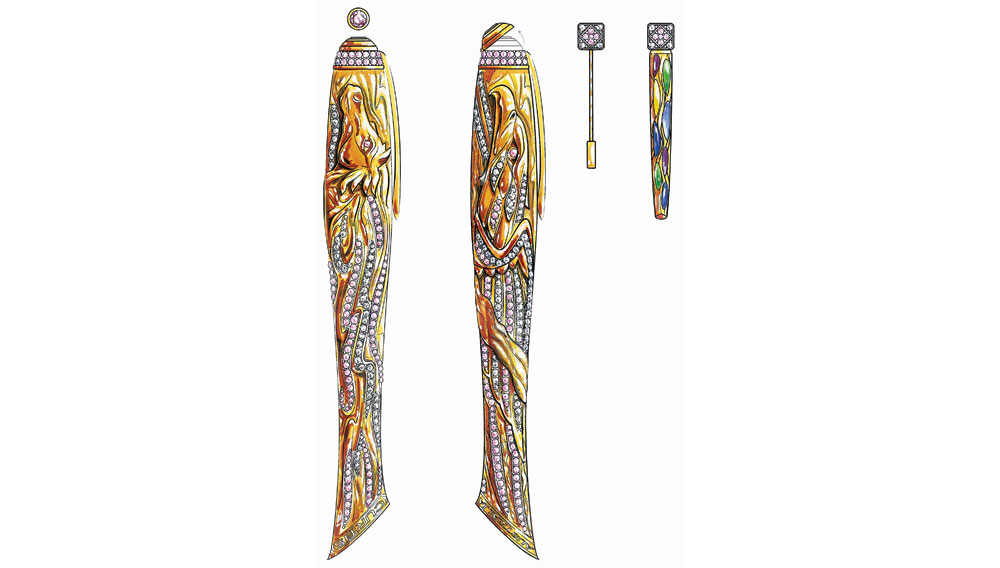 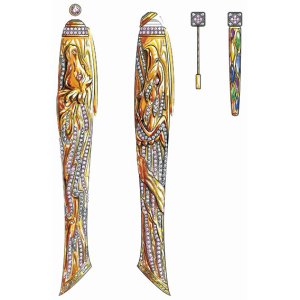 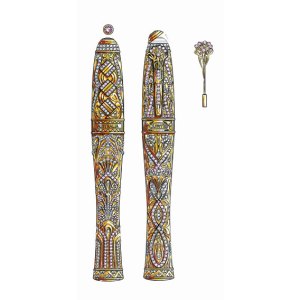 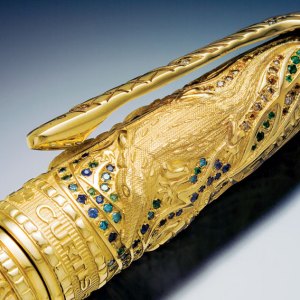 According to Glenn Curtis, the founder and CEO of the jewelry and writing-instrument company Curtis Australia, the best pens are manifestations of their owners. “You have a personal piece of artwork that you can touch and feel,” he says. “There is an intimacy to a pen like this. There is a story behind it, and when you hand it over to someone, you can share its meaning.”

This year, one Robb Report reader will have the opportunity to pen his or her own story, working with Curtis and his team to develop the most extravagant writing instrument the studio has ever created. Unlike many manufacturers of fine writing instruments, which subcontract various aspects of their pens’ production to third parties, Curtis Australia handles every step of the process in-house. The studio is thus able to offer the recipient complete control of the project, from its earliest design stages and the sourcing of materials to the final sculpting and gem setting.

The process of creating the ultimate bespoke pen will begin with a trip to Curtis Australia’s studio in Bairnsdale, a three-hour drive from Melbourne. There, the recipient will meet with Curtis and his head designer, Trevor Brown, to develop the themes that will be incorporated into the pen’s design. “We would find out what interests them, what imagery is important to them, and if there is a crest or monogram we can feature within the design,” Curtis says. “We can even hide tiny symbols relating to their family or work within the intricacies of the pen, making a story that perhaps only they can enjoy.”

Excited by the proposition of creating the ultimate pen, both Curtis and Brown have developed concept designs—called Racing the Wind and Artistry, respectively—that represent the type of pen they would create were they the recipient. Curtis’s pen is inspired by his love of nature and is decorated with stylized representations of a horse and an eagle in motion, capturing the fluidity and freedom of the wild. As a designer, Brown dedicated his pen to the decorative arts that inspire him, with one side featuring a pattern in the art nouveau style and the other in art deco. Both concepts feature unique functions that can be incorporated into the recipient’s pen, such as a cap end with a hidden compartment and a clip containing a removable lapel pin. Each design, if realized, would be adorned with approximately 230 white diamonds and 350 extremely rare pink diamonds, totaling about 16.5 carats.

Curtis Australia sources its pink diamonds from the Argyle Diamond Mine in Western Australia’s Kimberley region, where Curtis and the recipient will travel for an exclusive tour. One of the largest functioning diamond mines, Argyle is the only known reliable source for pink diamonds, generating 90 percent of the world’s supply. Even at Argyle these diamonds are exceedingly rare, accounting for just one of every million carats the mine extracts. The recipient will see these rare stones up close at the Argyle Pink Diamonds cutting room in Perth, where a team of craftspeople cuts each rough diamond in a process that can take as long as a year.

Once a design has been finalized, Curtis and his team of 10 artisans will begin manufacturing the pen, which will require several hundred hours of labor. During this time, the recipient will receive regular videos updating him or her on the status of the work. Once complete, Curtis will present the recipient with the final product—a personalized piece of art that will tell a story for generations to come.