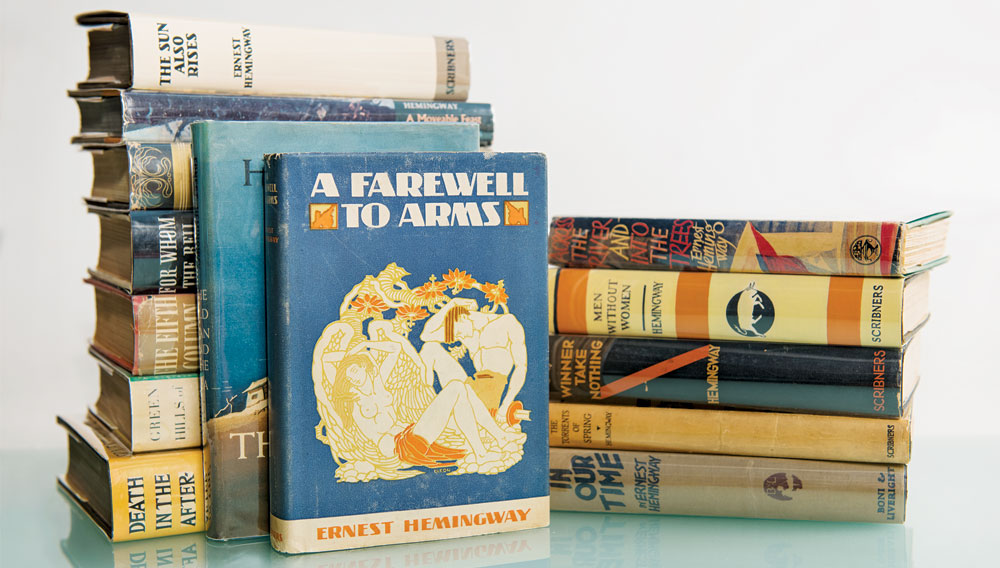 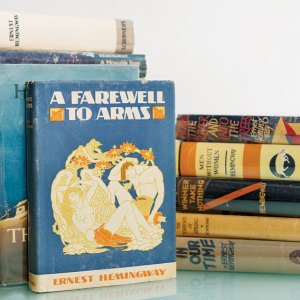 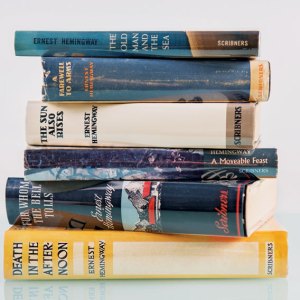 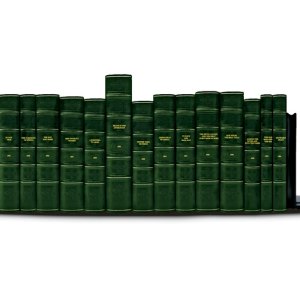 Ernest Hemingway first editions are among the books most coveted by bibliophiles, and this gift comprises 14 of them, each a different title. They range chronologically from In Our Time, Hemingway’s first short-story collection, published in 1925, to A Moveable Feast, a memoir published posthumously in 1964 about the years in the 1920s when he lived and wrote in Paris. “A private collector might spend 10 to 15 years putting together a collection like this,” says Thatcher Wine, owner of Juniper Books, a Denver company that is offering the Hemingway collection to a Robb Report reader. “He is one of the greatest short-story writers of all time, as well as one of America’s greatest novelists, and he’s definitely in the top five collected authors of the 20th century.”

Hemingway is such an enduring literary figure, says Wine, because the themes in his books—love, loss, and war—remain relevant. His books continue to captivate new generations of readers and make him and his writing  constant topics of discussion and debate. This relevancy contributes to the collectibility of his books.

Because Hemingway’s books are so popular with bibliophiles, examples that are in good condition are difficult to find. Building a collection of this gift’s quality and scale requires tremendous patience and perseverance, according to Wine. While it is possible to track down a first edition of many of these titles at any given time, he says, examples that are in top condition and have retained their original dust jackets (or book jackets) seldom come up for sale. “For collectors of 20th-century literature, the jackets are the most valuable part of the books,” says Wine. “They are hardest to preserve in collectible condition, thus their rarity is what collectors seek.”

This gift’s collection comprises only exceptional-quality first editions, and each has its original jacket—with the exception of The Sun Also Rises, which is in a facsimile because of its extreme rarity. The collection was assembled over the course of five years, by attending auctions and book fairs and contacting booksellers and private collectors.

Wine established his bookselling business in 2001, and while it is best known for building specialized libraries and collections, it also provides customized bindings and cases. For this gift, Wine will design bespoke cases that are made with the recipient’s choice of leather and embossed with his or her initials.

The collection is available only in its entirety.

What Will Allbirds Do With $100 Million Investment?