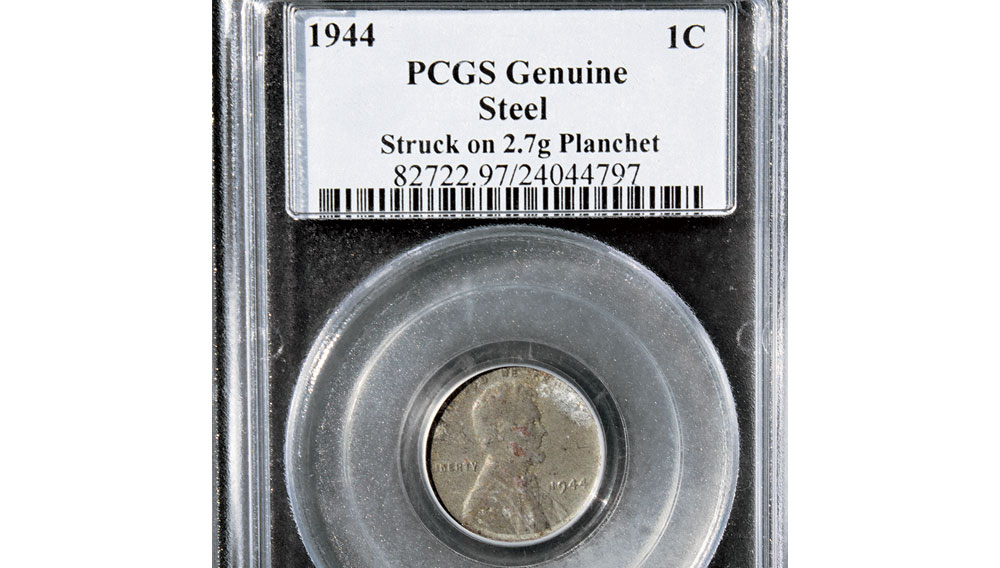 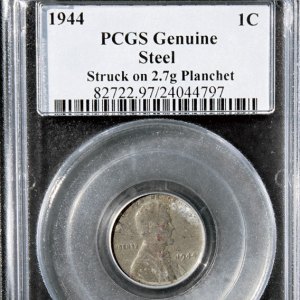 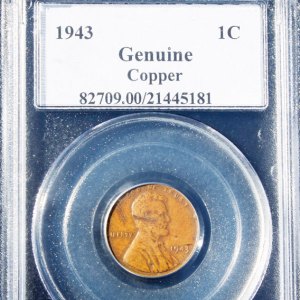 The urge to collect is a trait that some people cultivate from the moment they have two or more of a similar item with which comparisons can be made and covetousness fomented. So it goes that coin collections often begin during childhood. Whether they are pennies or silver dollars, the coins elicit the same passion—though that passion is usually short-lived, as more pressing issues of youth put the pleasures of collecting on the back burner. But for that short spell, generations of young coin collectors have dreamed of sifting through a mountain of pennies and finding a rare and valuable coin. This gift’s 1943 copper Lincoln cent is such a coin. “It’s a rarity of the highest caliber,” says Frederick Bart, CEO of Executive Currency, the purveyor of this gift.

It is believed that only about 40 examples were struck, when a few blank dies, or planchets, were left in the United States Mint’s press hopper prior to the changeover from copper to steel. Only 12 examples are confirmed to exist today.

In 1943, when the United States was deep in the throes of World War II, the government diverted many natural resources—including copper—to the war effort. With copper being used for ammunition and other military equipment, the U.S. Mint made pennies from zinc-coated steel.

The first 1943 copper pennies were discovered in 1947 and became an immediate sensation, prompting counterfeiters to create forgeries by plating normal steel cents with copper and selling them to unsuspecting collectors. Many cautious collectors employed a drastic method of assay, using a pocketknife to cut deeply into the coin and reveal—in nearly every case—a substrate of steel.

This gift’s 1943 copper penny has been certified genuine by the Professional Coin Grading Service, whose authentication process is recognized as the industry standard by dealers and collectors. The penny’s golden-brown surfaces display several test cuts. These marks suggest an incredulous buyer making certain of the coin’s genuineness—or an owner repeatedly demonstrating its authenticity to skeptics.

More obscure than the 1943 copper penny and equally rare is the 1944 steel Lincoln cent, possibly struck by accident from blanks used in the 1943 production, the only year when the U.S. Mint officially made pennies from zinc-coated steel. (From 1944 through 1947, the mint used bronze that was recycled from shell casings to make pennies.) It is also possible that the blanks for the 1944 steel penny came from one of the 25 million two-franc steel coins that the U.S. Mint produced that year for Belgium. It is estimated that about 35 examples of the 1944 steel cent were struck.

This gift’s 1944 steel penny has also been certified genuine by the PCGS. It displays some environmental damage, as do most steel pennies, but it retains lightly granular surfaces that are similar to those of the 1943 steel cents. Its weight is also the same as that of the steel pennies from the previous year.