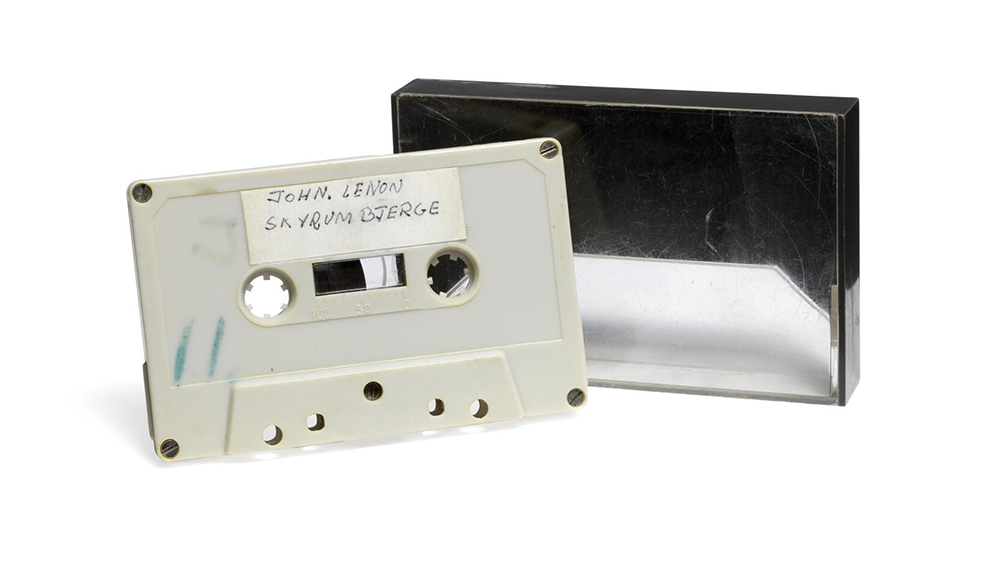 Imagine all the people listening to a previously unheard John Lennon song. That could be a reality soon thanks to newly discovered recording that just sold at auction.

A cassette tape featuring an interview with the late Beatles co-founder and a never-released song called “Radio Peace” was sold by the Danish auction house Bruun Rasmussen on Tuesday, according to The Guardian. So, how much does the only recording of an ultra-rare song by one of history’s greatest songwriters cost? A little over $58,000.

The tape in question was recorded by four Danish schoolboys from northwestern Jutland on January 5, 1970. Just months removed from the release of the Beatles’s penultimate album, Abbey Road, Lennon and his wife Yoko Ono were in the area so she could sort out a custody dispute with her ex-husband over their daughter, Kyoko. During the visit, the famous couple held a small press conference at the New Experimental College in Skyum Bjerge, which the boys, having been granted permission to skip class for the day, covered for their school newspaper. Months later, the Beatles would break up for good, and Lennon would embark on a solo career.

The white cassette features a 33-minute recording of the conference, according to the auction house. The first half of the recording features Lennon and Ono answering questions from the gathered press, including the boys, who asked about the anti-war movement the couple were closely associated with at the time. Eventually, after some urging, Lennon performed a couple of songs for those in attendance. The first was “Give Peace a Chance,” which he and Ono had performed at their Bed-In in Montreal the previous year, and the second was the never-released “Radio Peace.” The short tune was meant to be the theme for a radio station Lennon hoped to launch in Amsterdam.

“The radio station was never opened and the song was never released,” Karsten Hoejen, who made the recording, told the BBC on Monday. “To our knowledge, the only place where this song exists is on our tape.”

The cassette, school newspaper and photos from the press conference  Bruun Rasmussen

Hoejen and his three friends decided to auction off the rare tape after failing to come up with a better way to split its ownership between their children. The recording, which includes a copy of the boy’s school newspaper and photos taken at the conference, had been expected to sell for between 200,000 and 300,000 Danish krone ($31,420 to $47,131) but ended up going for for 370,000 Danish krone ($58,129). Not bad for a piece of music history.