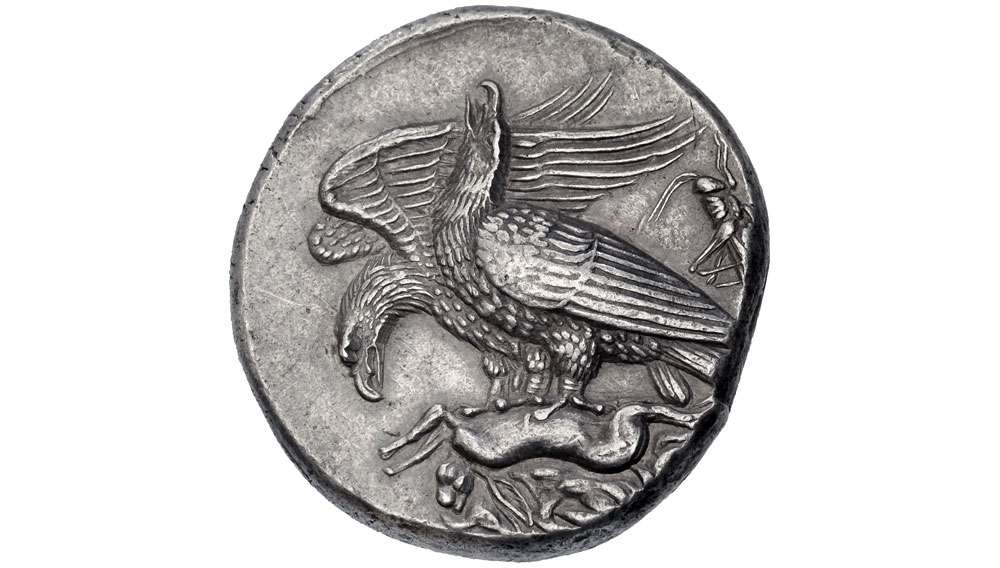 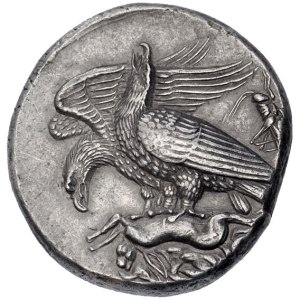 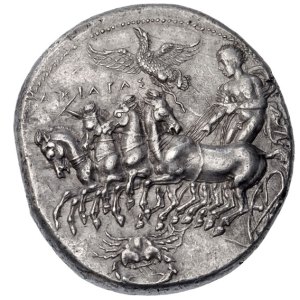 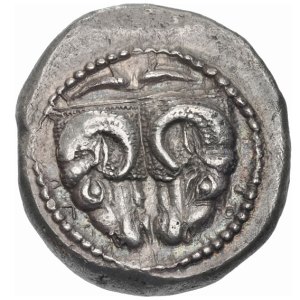 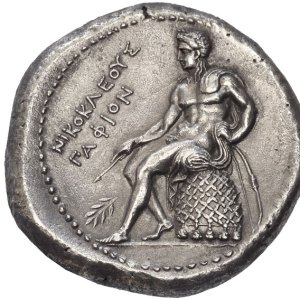 Approximately $10 million worth of ancient Greek coins will be auctioned off by the Classical Numismatic Group on January 4 at the Waldorf-Astoria in New York City, as a part of an international convention for collectors of ancient coins. The auction comprises 19 rare silver coins from the Greek empire in the sixth century BC. It is expected to draw the highest estimated sale of a coin collection.

The coins feature unique pictures, etched into intricate reliefs, and were used exclusively for making large transactions. Particularly important pieces include the earliest known coin to depict a facing human head (starting bids at $600,000); and one of 12 known examples of a famous coin that is larger than a silver dollar and depicts a charioteer driving four horses (starting bid: $2,500,000).