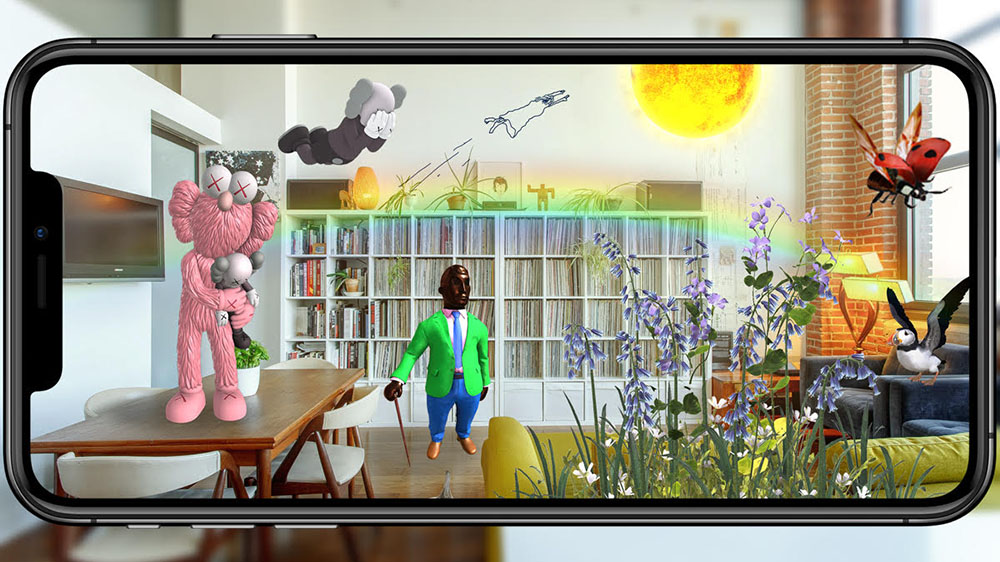 A brutal new surge of coronavirus cases has the UK under its strictest lockdown measures since last spring. So, in hopes of making things a bit easier on British art lovers, London’s biggest public augmented reality festival is being extended for another month. Even better, you can see the works from the safety of your living room.

On Tuesday, Acute Art and Dazed Media announced that the UK capital’s popular Unreal City exhibition will be viewable from home via your smartphone for the next month. Originally scheduled to run from December 8 to January 5, the high-tech show, which is accessible via the free Acute Art app, will now run through February 9.

Unreal City consists of 36 AR works from artists from all over the globe, including never before seen pieces from KAWS, Bjarne Melgaard and Tomás Saraceno. While the virtual sculptures were all site-specific before—they were positioned in 24 locations between the Waterloo and Millennium Bridges along London’s south bank—you can now view them anywhere, even in your own home or condo. And even though the exhibition was originally organized for UK residents, it’s now been opened to the entire world.

“Augmented reality really democratizes the way people can experience art—you can enjoy the works over and over again but also within entirely new worlds changing and shaping the meaning and how one might respond to these sculptures.” Dazed Media’s Ahmad Swaid said in a statement. “You’re not only a participator but you’re a curator too.”

Amid the discovery of a new and more transmissible version of Covid-19, the UK has been particularly hard hit by the virus over the last month. While case numbers have started to dip over the last week, the country is still totaling more than 45,000 new cases and 1,200 deaths a day, according to The Guardian. Because of this, the government has announced tightened restrictions throughout the UK, including the temporary closure of all non-essential businesses, like restaurants and pubs, though delivery and takeaway service is still offered.

Even more reason to take in a little art from your couch.