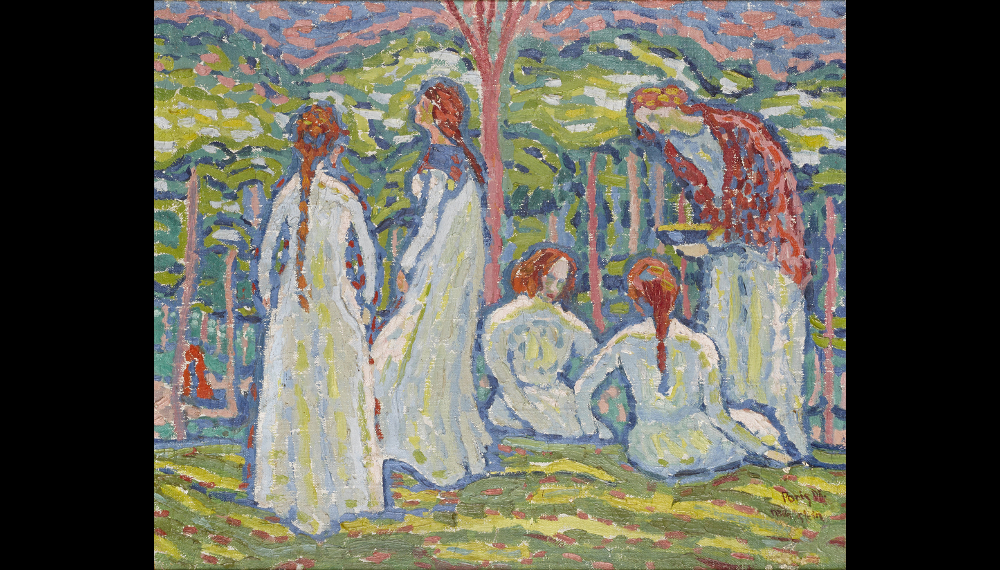 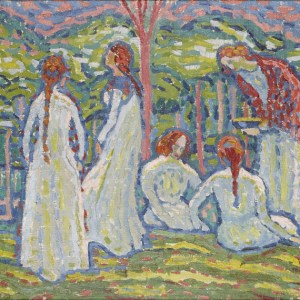 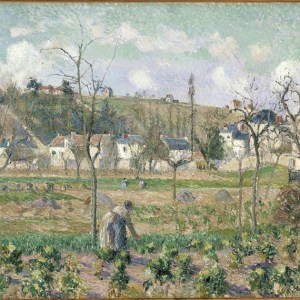 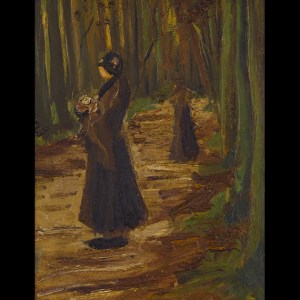 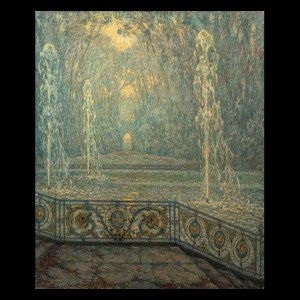 Bonhams Impressionist & Modern Art auction on November 5 will feature works by renowned masters including Camille Pissarro (1830-1903), Vincent van Gogh (1853-1890), and Auguste Rodin (1840-1917). The majority of these exceptional highlights are fresh to the market, coming to Bonhams directly from private collections.

Bonhams will offer van Gogh’s 1882 Two Women in a Wood, a pivotal composition (est. $200,000-300,000). In the summer of 1882, van Gogh first attempted to paint at the urging of his brother, Theo. Scholars have recorded seven studies from this period, including this work. The first documented owner of this picture was Dr Henk Bremmer (1871-1956), one of the most important figures in the Dutch art world in the first half of the 20th century. It has been in private hands since 1983, when it was acquired by an important American collector.

Also on offer is an exceptional oil painting by Camille Pissarro titled Le Jardin de Maubuisson, Pontoise, la mère Bellette (est. $1,500,000-2,000,000). The Impressionists heralded one of the great turning points in the history of art. By making the artist’s personal experience central to their work, they initiated a creative chain-reaction that is still felt today. Pissarro was a trailblazer of this new approach, and Le Jardin de Maubuisson shows his instinctive reaction to his environment in the dazzling play of light and the virtuoso handling of paint. It is a masterclass of Impressionist innovation from the movement’s most important years. The picture was formerly in the collections of noted connoisseur Alfred Bergaud and French Prime Minister Fernand Bouisson before being exhibited by the Wildenstein Gallery in New York in 1947 where it was purchased by the family of the current owner.

Additional highlights include Max Pechstein’s (1881-1955) painting Jeune Filles, a graceful and vibrant composition from the celebrated German Expressionist (est. $300,000-400,000). It is one of the only remaining major paintings from the artist’s time in Paris in 1908 still in private hands, and has been in the same collection for over four decades. A similar oil from the same year, Brücke über die Seine mit kleinem Dampfer (Bridge over the Seine with small steamer), is in the collection of the National Gallery of Australia.

Also on offer will be Henri le Sidaner’s (1862-1939) sublime 1922 Les Jets d’Eau, Versailles (est. $300,000-400,000), initially acquired from Galeries Georges Petit by Henri Duhem (1860-1941), a painter and noted collector of the works of his contemporaries including Boudin, Guillaumin, Gauguin, Monet Pissarro, Rodin, Renoir, and Sisley. The painting is fresh to the market, having remained in private French collections since Duhem’s all-important purchase.

“We are pleased to offer a fine selection of paintings, drawings and sculpture many of which are coming to the market for the first time in decades,” said Tanya Wells, Bonhams Impressionist & Modern Art Specialist.

Bonhams Impressionist & Modern Art auction will take place on November 5 in New York. The auction will preview in New York November 1-5. A fully illustrated catalog will be available at www.bonhams.com/auctions/21019/