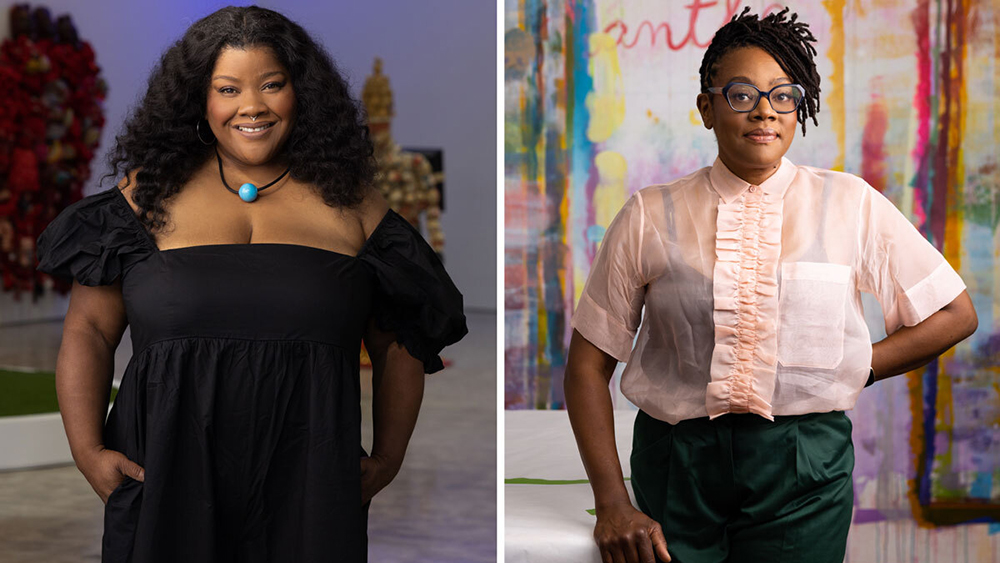 Artists Vanessa German and Cauleen Smith have won one of the largest art prizes in the world, the Heinz Award for the Arts. Each will now take home $250,000.

German often creates sculptures that are adorned with beads, fabrics, cowrie shells, glass and more. Often, these works are intended to serve a restorative purpose and seem imbued with ritualistic power. Past works have involved the creation of altar-like spaces for victims of racist police killings, including George Floyd and Breonna Taylor.

On view now at New York’s Kasmin gallery is a show by german that includes a new set of works in this vein. According to the artist, they take their inspiration from West African folk art and the Black Arts Movement of the 1960s.

Teresa Heinz, chairman of the Heinz Family Foundation, said in a statement, “Vanessa’s bold, thought-provoking sculptures, together with her community-based programs, clearly reflect that spirit, demonstrating not only a commitment to artistic excellence, but also to work that enfolds viewers into an experience that is both confronting and healing.”

Smith is widely regarded as a key experimental filmmaker, and in recent years, she has received widespread recognition in the US art world. She has also made installations and sculptural pieces, some of which figured in a recent show that appeared at the Los Angeles County museum of Art and the Institute of Contemporary Art Philadelphia. A restoration of her 1998 feature film Drylongso will debut at the New York Film Festival in October.

Often, Smith envisions alternate futures in her work; Black communities are frequently at the center of them. She draws on Third Cinema and science fiction as reference points, lacing her films and installations with allusions to other artworks.

“One of the most noted experimental Black filmmakers of our time, Cauleen creates deep, imaginative experiences that shed sharp light on societal issues and conditions that are in urgent need of change,” Heinz said in a statement.