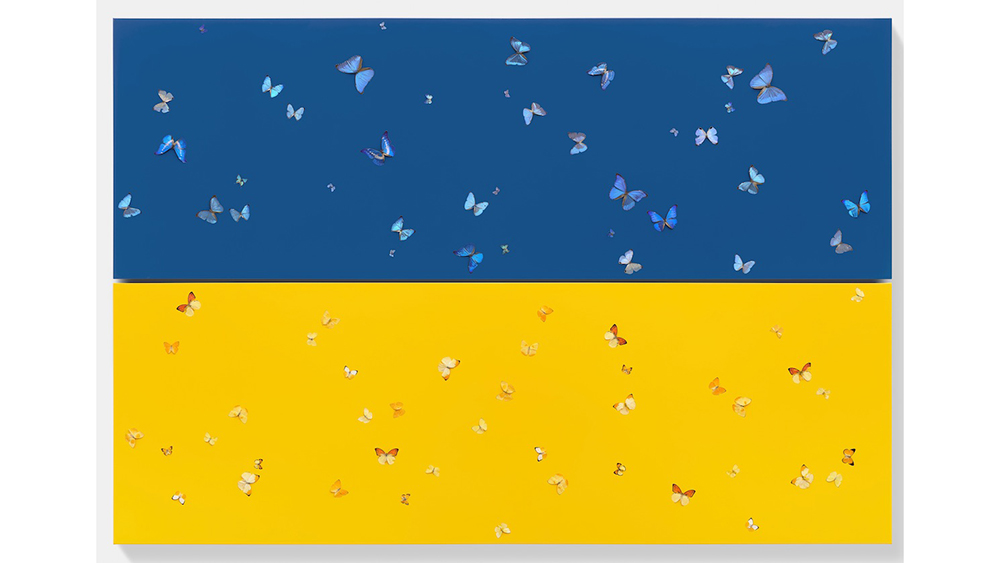 With less than a week before the Venice Biennale begins welcoming its first visitors, the world’s biggest art festival said it would add an open-air exhibition of Ukrainian art.

Titled the Piazza Ucraina, the exhibition is organized by the curators of the Ukrainian Pavilion (Borys Filonenko, Lizaveta German, and Maria Lanko), along with the Kyiv-based Victor Pinchuk Foundation and an entity known as the Ukraine Emergency Art Fund.

It will be situated in the Giardini, where many national pavilions, including the U.S. one, are located. Artist and architect Dana Kosmina has created the space for the pavilion, which will be host to a “constantly changing” set of artworks, according to the curators. An artist list for the show has not yet been revealed.

“Becoming a subject of the public realm, these works turn into something bigger,” the curators wrote in a statement. “They become an evidence, an artifact, a document of the state of mind. Perhaps, these works have already gained a status of the most sincere and certainly undeniable documentation of the experience: the one of trauma, of anger and, yet, of sheer courage, too.

“Ukrainian users of popular social networks gather around these artworks virtually, exchange thoughts, and create new narratives,” the curators continued. “Together, these sequences of artworks create a sort of agora, a meeting point, a piazza.”

This new show is not the only Ukraine-related pivot announced in connection with the Biennale this week. On Thursday, the PinchukArtCentre, a space in Kyiv founded by Victor Pinchuk, said it had scrapped plans to do an exhibition of the artists nominated for its $100,000 Future Generation Art Prize.

In its place will be “This is Ukraine: Defending Freedom,” a new Biennale-sanctioned exhibition that will feature works by Marina Abramović, Damien Hirst, Nikita Kadan, JR, and others. Also on view will be historical Ukrainian art, including work by Maria Priymachenko, a famed folk artist in the country whose paintings have reportedly been destroyed by Russian forces on at least one occasion during this year’s war.

When Russia invaded Ukraine in February, there had been some doubt about whether the Ukrainian Pavilion, featuring work by Pavlo Makov, would take place as planned. But the curators of the pavilion and the Biennale’s organizers worked together to ensure that it could be staged as had been intended. It is set to open next week, along with all the other national pavilions.

The Russian Pavilion, on other hand, is not happening this year. The two artists representing the country, Alexandra Sukhareva and Kirill Savchenkov, as well as curator Raimundas Malašauskas, all pulled out of the pavilion shortly after the war began. “This war is politically and emotionally unbearable,” Malašauskas said at the time.

Cecilia Alemani, who organized the Biennale’s main show this year, praised the Piazza Ucraina as a potentially defining event at this year’s exhibition.

“In its 127 years of existence, La Biennale has registered the shocks and revolutions of history like a seismographer,” she said in a statement. “Our hope is that with Piazza Ucraina we can create a platform of solidarity for the people of Ukraine in the earth of the Giardini, among the historical pavilions that were built on the very ideal of nation-state, shaped by twentieth century geopolitical dynamics and colonial expansions.”