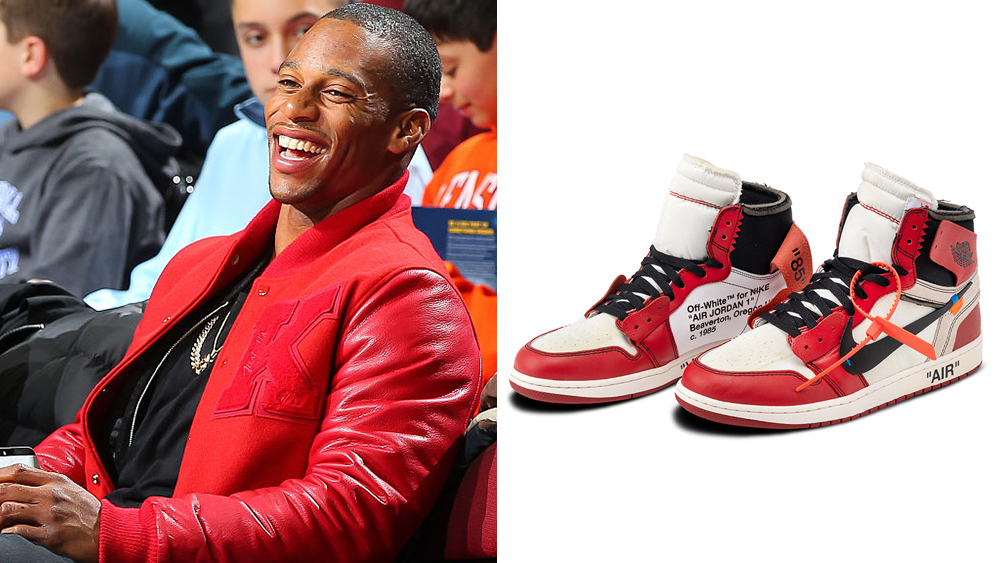 Sports fans and sneakerheads, get your chips ready.

Sotheby’s will open bids for its final sneaker and streetwear auction of the year on November 29, in celebration of Nike’s 50th anniversary. Dubbed Fifty, the sale will include over 100 examples of the iconic brand’s most sought-after collabs, rare and unreleased samples, handmade sneaker prototypes and limited-edition accessories. NFL Super Bowl champion Victor Cruz worked with the auctioneer as a guest curator for the auction, which will include a few of his favorites, chosen based on their rarity and the unique stories behind them.

“For half a century, Nike has become the fabric of the streetwear market and continues to set the standard for innovation, storytelling and excellence,” says Brahm Wachter, Sotheby’s head of streetwear and modern collectibles, in a statement. “To celebrate its golden anniversary, we’ve curated a sale showcasing the best of the best from the brand’s key moments and collaborations with the global superstars at the intersection of entertainment, fashion and sports. Once regarded simply for everyday wear, these items continue to shatter records and diversify what luxury means today.”

The sale will offer pieces of Nike’s wearable history. These will include racing shoes handmade by Nike co-founder Bill Bowerman, which are estimated to sell for between $100,000 and $200,000. A pair of original 1985 “Player Sample” Air Jordans, cut to NBA goat Michael Jordan’s size requirements, could fetch between $100,000 and $200,000. One of today’s most coveted Nike shoes, the Louis Vuitton x Nike Air Force 1 designed by the late Virgil Abloh, will also be up for grabs. The checkered kicks are one of Cruz’s picks for the auction and are estimated to sell for between $150,000 and $200,000.

Other sneakers Cruz handpicked for the sale include a pair of Nike SB High “What the Doernbecher” samples, estimated to fetch between $20,000 and $40,000 at auction. Created in 2007, the eye-catching kicks combine elements from 31 Nike SB Dunks to make the “Dunk to end all Dunks.” A pair of Nike x Air Jordan 1 Retro High Off-White Chicago “The Ten” sneakers, designed and signed by Virgil Abloh, trails just behind with a high sales estimate of $20,000.

Nike Air Jordan 1 Retro Fragment Friends and Family kicks in blue and black, as well as Nike Air Jordan 3 Retro Nipsey Hussle “Victory Lap” sneakers with icy-blue soles, round out the pro-bowler’s picks. They could reach high sales estimates of $15,000 and $22,000, respectively.

“I’m honored to partner with Sotheby’s and commemorate Nike’s 50th anniversary as a true industry leader and cultural movement that’s played a starring role in my career,” Cruz shares. “Sneakers are a personal means for expression, and my selection of some of the key pairs in the auction represent some of the themes I find most interesting in collecting.” The past Nike collaborator, nicknamed Air Trainer Cruz, reportedly has a sneaker collection of over 300 pairs. If you’re a fan of his off-the-field sneaker rotation, now’s your chance cop a few that are similar.

The online auction honoring Nike’s 50th Anniversary will open for bidding on November 29 on Sotheby’s website, and end on December 13. Sotheby’s New York Avenue galleries will also place the coveted assortment on display from November 30.