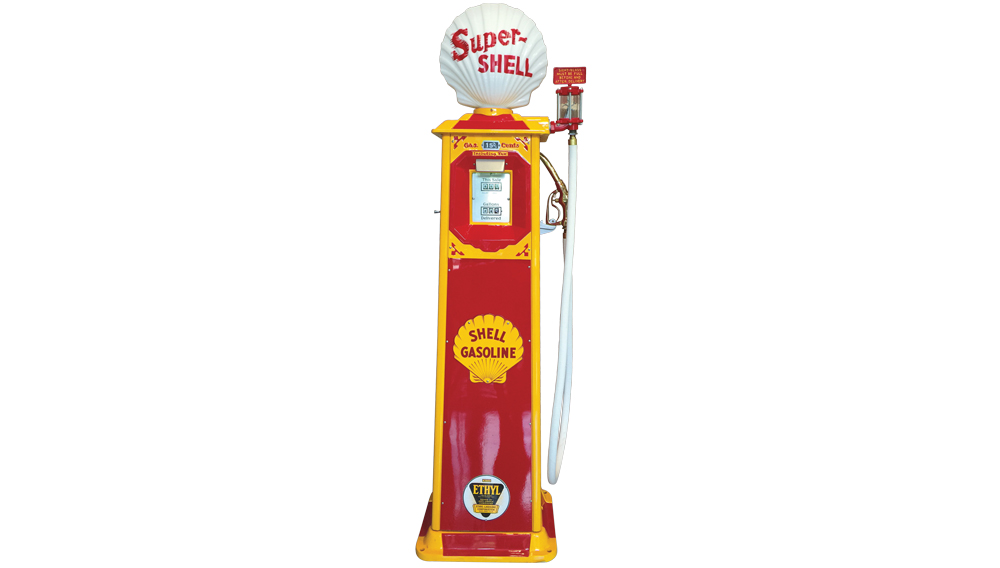 Nascar driver Joey Logano has devoted his life to going as fast as he can. But when he is not racing, he spends his time in pursuit of things from the days when everything went slower. Yes, the 25-year-old winner of this year’s Daytona 500 collects antiques. Many of them are related to cars, and he has a budding collection of American classic automobiles, including a 1959 Cadillac (the old cars, he says, help him avoid speeding tickets because they feel like they are going fast when they are not).

Two years ago, he was browsing at a shop in Midland, N.C., when he spotted a particular tall, skinny gas pump amid a collection owned by Miles Little, a dealer and restorer. Little says the driver “lit up” when he saw it. The Wayne 40 pump was made in 1934, and the front reports the price of a gallon: 15 cents, including tax. Its rarity and art deco styling make it worth at least $11,000 today, Little says. But more significant to Logano is its bright red-and-yellow Shell Gasoline logo.

As a teenager, Logano was the most hyped NASCAR driver in history. Then he had a disastrous first four years, winning only two races and losing his job and his sponsors. Two years ago, Shell took a chance on him, becoming a sponsor of his No. 22 Team Penske Ford Fusion. Since then, his career skyrocketed: He has had seven victories in a little more than two seasons, including the prestigious Daytona. So Shell refueled his career, so to speak, and the connection between this driver and his sponsor is more personal and important than most. The pump is now displayed in Logano’s race shop in Charlotte, and Logano says, “I sit there and think, how cool it would have been to have been able to pull up in some of my classic cars back in the day.”