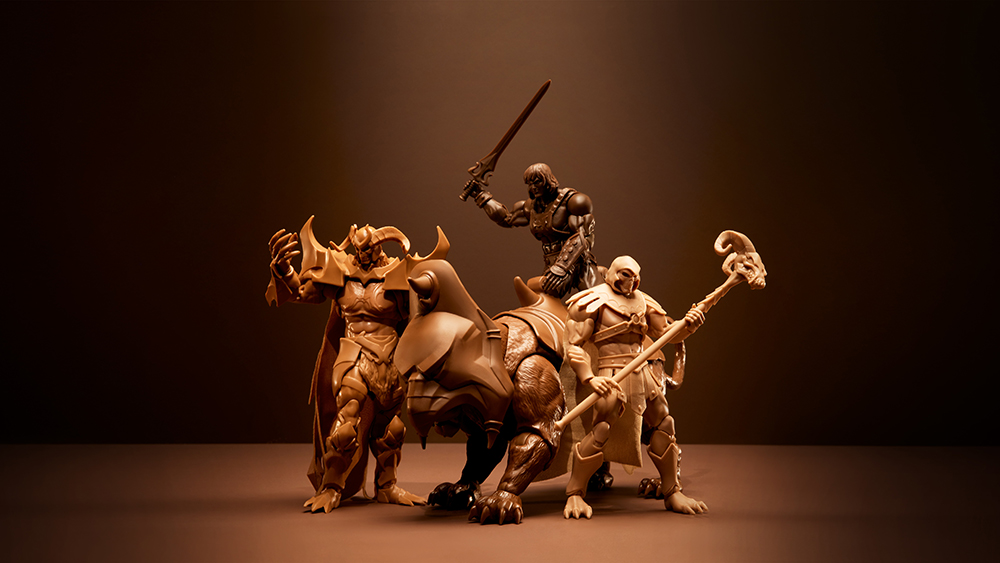 He-Man and his archenemies have been reimagined by the late, great Virgil Abloh.

On Wednesday, Mattel Creations unveiled a new Masters of the Universe collection conceived by the innovative designer. The drop includes four monochromatic figurines based on key characters of the franchise, including He-Man, his trusted companion Battle Cat, the evil Skeletor and his villainous counterpart Skelegod. Instead of bright, comic book hues, each model is finished in various shades of brown and comes housed in special matching packaging. Consider this a more stylish take on the beloved Saturday morning cartoon.

Abloh had access to the entire MOTU world while working on the project, according to Mattel. The driven designer, who embarked on countless creative projects before he died in 2021, often expressed his love of youth culture in his work and encouraged others to embrace the child within. The new collectibles are further evidence of that.

After the designer’s death, Virgil Abloh Securities helped continue his plans for the release. The creative corporation was founded by Abloh and is now dedicated to spreading his ethos (and designs) globally. Finishing touches on the collection, however, were made by the creative team at Abloh’s London-based design agency Alaska Alaska.

“Virgil had a deep interest in the MOTU property, in which aspects of his interest was rooted in nostalgia,” reps of the design agency said in a statement. “The design direction looked to preserve the existing iconography, using color theory as a point of entry into novelty, and collector’s culture, drawing a parallel between Art Collector and Comic Book Collectors.”

According to the designers, this parallel is actually most apparent in the packaging. Each medieval character comes in a translucent box inscribed with “MOTU c/o Virgil Abloh” in the signature Off-White typeface. The box also displays each character’s new moniker, such as “Woman” (He-Man) and “Her” (Skeletor). Abloh did title his appropriation “Loaded Message,” after all. In addition to the figurines, you’ll also receive a comic book and art by Reginald Jolley, aka Reggieknow, who’s credited for influencing both Kayne West and Virgil Abloh.

Abloh’s Master of the Universe collection will be available via Mattel from October 21.