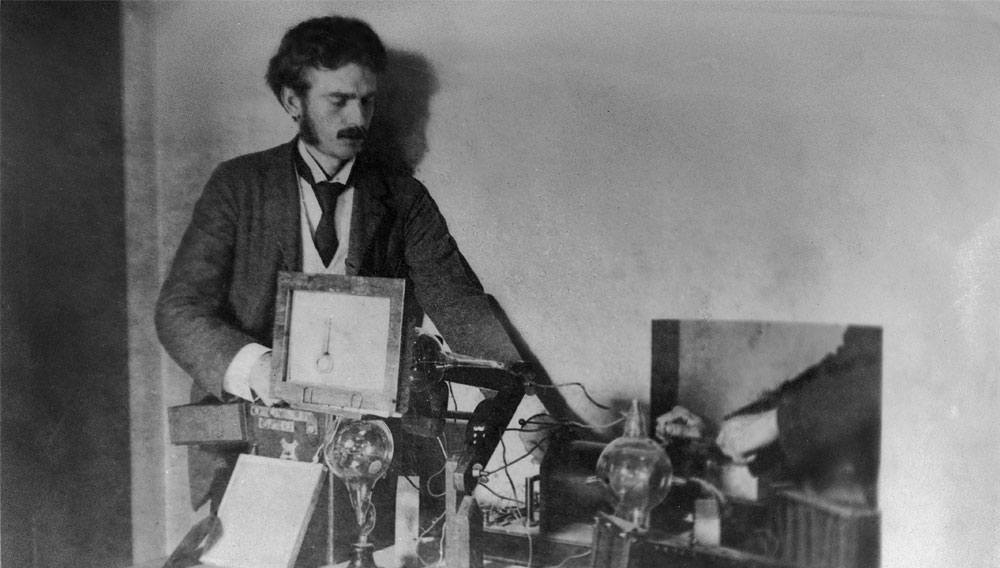 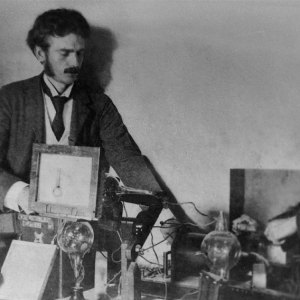 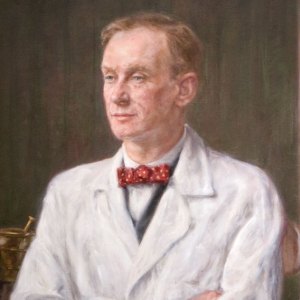 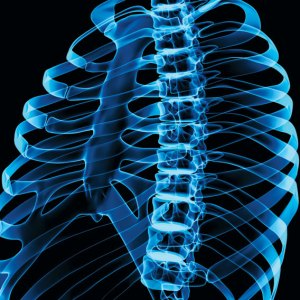 Medicine’s first superpower—X-ray vision—has led to improved imaging techniques that allow for deeper looks inside the mysteries of the human body.

German physicist Wilhelm Röntgen’s landmark 1895 scientific paper might never have become an instant worldwide sensation if he had not sent it with a photograph. When submitting his paper, titled On a New Kind of Rays, the keen photographer included an image of the skeletonized hand of his wife, Bertha, her wedding ring appearing as a dark sphere upon her bony finger. He dubbed the invisible force “X-rays,” seizing on “X” because it serves as the mathematical symbol for the unknown.

The photo of Bertha’s hand underscored the power of Röntgen’s find. For the first time, doctors could see inside the body without slicing it open. Prior to 1895, medicine had few tools for viewing the body’s inner workings, and all were flawed. “We could listen, we could touch, we could take a history, but we were limited,” says Elliot Fishman, MD, director of diagnostic imaging at Johns Hopkins in Baltimore. “We were basically sitting in the dark. We had to go in there and look [through exploratory surgery] or we often didn’t make a diagnosis until it was too late,” he says, alluding to autopsy.

So great was the desire to view the living interior of the body prior to Röntgen’s discovery that a few unfortunates became medical celebrities for gruesome injuries that unveiled certain secrets. Alexis St. Martin never dreamed that the worst part of suffering a musket shot to the abdomen in June 1822 would be a guinea pig–like relationship with the physician who treated him, but that is precisely what happened. William Beaumont, a U.S. Army surgeon posted near Mackinac Island, Mich., where St. Martin’s accident occurred, took interest in the 20-year-old after he healed in a manner that formed a gastric fistula—essentially a window on his stomach. Beaumont engaged St. Martin as a servant whose duties involved allowing him to perform experiments on how the digestive system worked. He withstood these indignities for years, but ultimately went back to his native Quebec and, until the end of his life, declined Beaumont’s entreaties to return.

Vermont railroad crew foreman Phineas Gage became a medical legend in 1848 when a blasting powder mishap launched a 13.25-pound, 43-inch iron tamping rod into his left cheek and out the top of his head. The 25-year-old survived, but he was never the same. John Martyn Harlow, a doctor who treated him, noted that Gage once possessed “an iron will as well as an iron frame,” but had seemingly lost his grip on civility. “He is fitful, irreverent, indulging at times in the grossest profanity (which was not previously his custom), manifesting but little deference for his fellows,” Dr. Harlow wrote, adding that the post-blast Gage was “radically changed, so decidedly that his friends and acquaintances said he was ‘no longer Gage.’” These 19th-century observations gave tantalizing insights into the mysteries of the brain.

Fortunately, patients no longer need to submit to a gunshot or a brain-piercing so doctors can see what ails them. Since the discovery of X-rays 119 years ago, four other forms of medical imaging have emerged: ultrasound, positron emission tomography (PET) scans, computed tomography (CT) scans (also known as CAT scans, with the “a” standing for “axial”), and magnetic resonance imaging (MRI) and its research-oriented sibling, fMRI (the “f” stands for “functional”). (See “The ABCs of Imaging,” page 24.) Modern medicine simply is not possible without medical imaging. “Almost every medical profession uses medical imaging day in and day out. It is a powerful tool that covers everything,” says G. Donald Frey, who holds a doctorate in nuclear physics and belongs to the Radiological Society of North America (RSNA) public information advisors network. Explaining how medical imaging has made exploratory surgery a thing of the past, Frey says, “It’s now very unusual not to know what you’re going to find.”

X-rays fill the same needs they did in Röntgen’s day—looking at bones and diseased lungs—but we now have a much greater understanding of the forces that create these images. Unfortunately, that knowledge came at a terrible price. Walter Dodd, the first radiologist at Massachusetts General Hospital, was one of the many so-called “martyrs” lost to X-rays. Upon hearing of Röntgen’s discovery, Dodd, then the hospital’s head apothecary, began making and refining X-ray machines of his own. They were relatively simple to build if you understood the science, but coaxing good pictures from them was trickier and physically arduous. The static electrical generator Dodd used to create the current he needed for legible X-ray images required him to spend at least half an hour ferociously turning the machine’s hand crank. Dodd was undeterred. He threw himself into his new work, living at the hospital so he could serve the doctors round the clock; by 1905, manufacturers were sending him X-ray equipment to test.

Dodd’s radiation-induced suffering was well established at that point. As early as November 1896, the skin on his hands and face were obviously damaged. Initially he blamed the chemicals he handled as an apothecary, but the truth slowly came to the fore. Dodd and his pioneering scientific colleagues innocently held their hands in the path of the rays without so much as a lead pencil to protect them. Of course, no one had yet developed a way to measure how much radiation a person received in a single exposure, never mind determine what level of exposure was safe. In 1897, Dodd underwent skin grafts on his hands, and in 1902, he developed cancer on one hand. That diagnosis led to the first of 50 surgeries that whittled away his fingers in increments. The pain became so bad that Dodd resorted to mixing a 4 percent solution of cocaine, pouring it into twin pans, and sleeping with a hand marinating in each. Twenty years after Dodd embraced X-rays, they killed him with radiation-induced cancer. His portrait hangs in the MGH boardroom, depicting a determined man in a red bow tie strategically tucking his hands into the folds of his white coat.

Radiation maimed and claimed Dodd and many other experimenters, but their sacrifices were not in vain. In addition to proving that there was such a thing as a radiation overdose, these pioneers noticed that the rays had other medical applications. Dodd followed up on a patient’s claim that X-raying his infected leg did the most to tame his pain by performing a series of tests. He demonstrated that blood flow improved in parts of the body that were exposed to X-rays, hinting at a possible reason why they seemingly eased the man’s suffering. Dodd’s was one of many experiments that showed that X-rays had medical uses beyond imaging. Radiation therapy ultimately branched off from radiology and became its own medical discipline.

The doses of radiation that patients receive during X-rays, CT scans, and mammograms are relatively mild, and the effort to make those doses milder will never cease. James Brink, MD, chief of the department of radiology at Massachusetts General Hospital, says that technological advances have shrunk the amount of radiation CT scanners need by “an order of magnitude” over the last 15 years. Faster and better computers helped the machines work just as well with smaller allotments of radiation, and it is a safe bet that computers will drive the next advances in medical imaging, too. Among the most eye-catching is 3-D imaging, which gives surgeons a priceless map before entering the operating room and converts intimidating strings of medical language into a picture that a civilian can more easily understand. Dr. Fishman worked with Pixar back in the mid-1980s on its attempts at 3-D medical imaging and watched the technological leaps happen. He recalls that in 1985, a quarter-million-dollar, state-of-the-art machine needed 25 hours to generate a low-resolution picture from 60 “slices,” or smaller pieces of data that combine to create the whole. Today’s machines can assemble a 3,000-slice image in seconds. “That is purely the computer,” he says. “Now, we do 3-D images on iPads.”

One thing we are not likely to see soon is an entirely new medical imaging tool. X-rays came from a university lab, and its siblings emerged from similarly lofty settings. Still, anything is possible. No one predicted the presence of X-rays, and no one suspected they were there until Röntgen fiddled around with a cathode tube and noticed that when he ran electricity through it, a letter “A,” idly doodled on a cardboard screen by a student who had dipped his finger in liquid barium platinocyanide, gave off a weak glow. The cardboard was not part of the experiment; Röntgen just happened to notice it lying several feet away when the letter lit up. So began seven intense weeks of testing for Röntgen, proving the adage that scientific breakthroughs do not necessarily start with a “Eureka!” but rather a “Hey, that’s funny.”

The ABCs of Imaging

Unlike other scientific ADVANCES, X-rays have not been superseded by the new technology to which they gave rise, and they remain useful today. At a given physical, for example, a patient may undergo an ultrasound of the liver, a CT scan to assess bone density, an X-ray of the lungs, and a 3-D image ofthe heart. Each new imaging technique has its particular strengths and weaknesses.Ultrasound, which relies on sound waves, is cheap, safe, portable, and suited to “looking at things surrounded by fluid and filled with fluid,” as G. Donald Frey of the Radiological Society of North America says. It is good for assessing a fetus in the womb as well as misbehaving livers, kidneys, and gallbladders. PET scanning, which requires the patient to ingest a radioactive agent, is adept at showing the metabolism of organs. Oncologists can track the effectiveness of cancer-fighting therapies by ordering PET scans to check if a tumor is consuming less glucose, or fuel. PET scans can also help confirm a diagnosis of Alzheimer’s disease: In 2012, the FDA approved a new injectable radioactive dye for PET scanning that reveals how much Alzheimer’s-causing plaque is present in a patient’s brain.

Frey deems CT, which arrived in the early 1970s, “the major workhorse,” capable of handling most medical imaging jobs. Its downside is it exposes the patient to a small measure of radiation, which is needed to create a quality image. MRI builds on the foundation of CT and employs a large magnet. MRI machines are expensive, their size demands precious real estate within a hospital, and they accommodate a limited number of sitters per day. But they pose no radiation risk, and they can spot subtleties that elude CT. “It’s the choice for looking at the brain and spinal cord,” Frey says. In fact, MRI is so useful to neurologists that some specialized units, designed for use within operating rooms, permit a brain surgeon to scan a patient during surgery if needed. MRI’s variant, fMRI, charts blood flow in the brain, letting researchers see which stimuli cause specific parts of the brain to become active.

X-rays continue to fill the same needs they did in Röntgen’s day: looking at bones and diseased lungs. “X-rays are not going away,” says Elliot Fishman, MD, director of diagnostic imaging at Johns Hopkins. “They might seem boring because they’ve been around since 1895, but the fact is Johns Hopkins still does 200,000 plate films a year.”