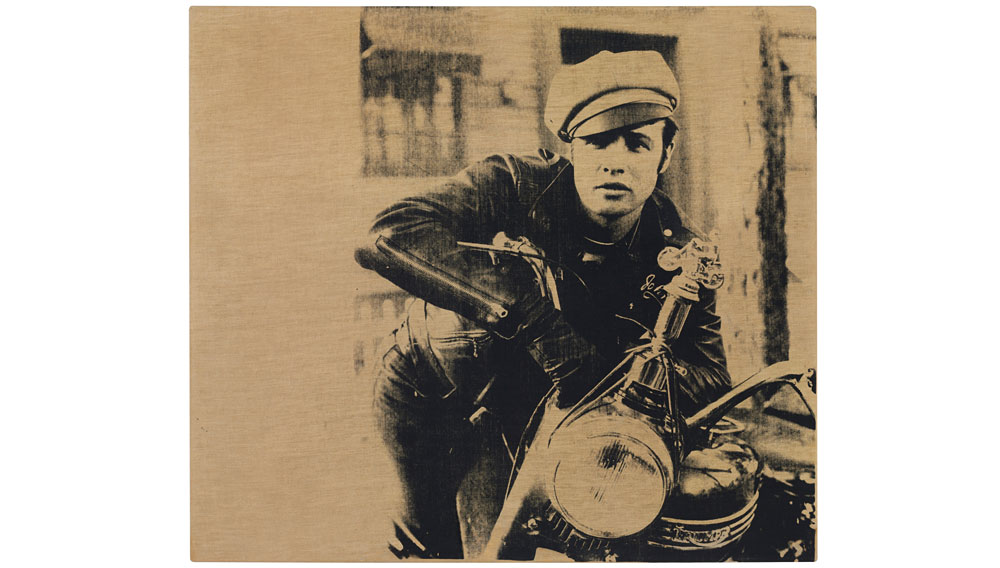 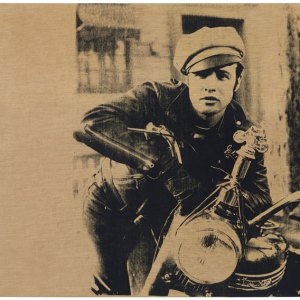 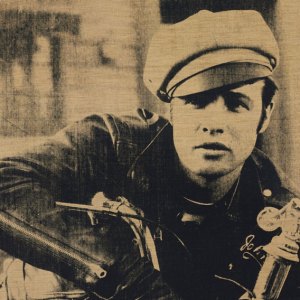 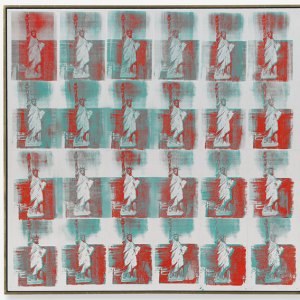 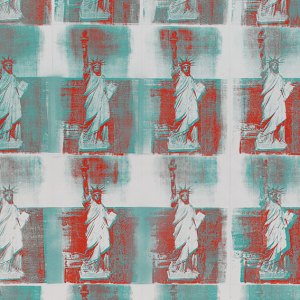 Christie’s has consigned an exciting Warhol canvas to its postwar and contemporary evening sale on November 14. Titled Statue of Liberty, it compels interest on several fronts. It dates to 1962, the year that Warhol became Warhol in the eyes of the world. It’s a repeated-image painting, with 24 depictions in starkly contrasting red and green. It focuses on the Statue of Liberty, thereby representing a potent symbol of America by a potent American artist. And it is the only work of its type in private hands.

Statue of Liberty has a gimmicky aspect in that Warhol rendered it in 3-D. It does function as a 3-D image, but more to the point, executing the complicated experimental work required the artist to hand-screen each of the images at least twice. He made only two other 3-D canvases in 1962, and both are in museums. One is a smaller version of Statue of Liberty that resides in the Andy Warhol Museum in Pittsburgh. Christie’s has placed the presale estimate in the vicinity of $35 million. “What makes this particularly rare is there are very, very few paintings left in private hands with serial imagery on the same canvas,” says Brett Gorvy, chairman and international head of postwar and contemporary art at Christies. “It’s a major trophy for a museum or for a private collector.”

Statue of Liberty shares key characteristics with the three Warhol canvases that have fetched the most at auction; they all have an early 1960s date, and all have a single image repeated across a canvas. Green Car Crash (Green Burning Car I), a 1963 piece based on a gruesome Newsweek photo, set the auction record for the artist when it earned $71.7 million against a $25 million to $35 million estimate at Christie’s New York in May 2007. Men in Her Life, a black-and-white work from 1962 which relied on a Life magazine photograph of Elizabeth Taylor, her third husband, Mike Todd, and her future husband, Eddie Fisher, fetched $63.3 million at Phillips de Pury New York in November 2010. In third place is 200 One Dollar Bills, a straightforwardly named 1962 Warhol sold at Sotheby’s New York in November 2009 for $43.7 million.

Only something on the order of Statue of Liberty could overshadow the news that Christie’s also has secured a Warhol portrait of Marlon Brando. Simply titled Marlon and estimated to sell for around $20 million, Warhol produced it and three other Marlons in 1966 in silk-screen ink on raw linen, giving it a rare and refreshing crispness suited to the source photo of the actor as he appeared in the film The Wild One. The auction record for a Warhol portrait of Brando belongs to Double Marlon, another 1966 work that sold for $32.5 million at Christie’s New York in 2008.

In a 2011 piece on the Warhol market, art critic Jerry Saltz stated that the foundation “retains more of his individual works than anyone else” and likened it and another market player to “an Andy OPEC, exerting a certain amount of price control.” For this reason, the sales are a touchy subject in the art world. Several galleries and dealers declined to comment for this story. Gorvy, for his part, says that any effects on the Warhol market travel on a one-way street. “High prices help lower-priced objects do well,” he says. “The buyer of a $50 million piece is not influenced by someone spending $50,000.” (www.christies.com)