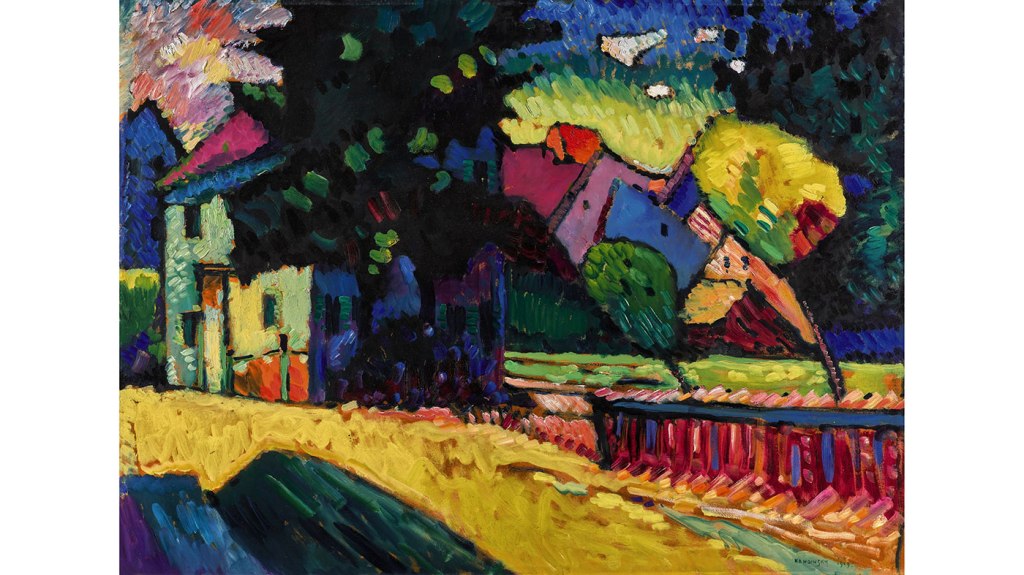 The year 1909 was important for Wassily Kandinsky, the late, great pioneering Russian artist. “It marks the change in his art that pave[d] the way for the abstract works that follow[ed] in 1913,” says James Mackie, senior international expert in Sotheby’s Impressionist and modern art department.

On June 21, Sotheby’s London will offer a Kandinsky canvas that bears that magical date. Murnau—Landschaft mit grünem Haus (Murnau landscape with green house) is estimated to auction for $19.3 million to $32.2 million. If the painting—an Expressionist masterpiece considered to be one of the artist’s finest—sells for $23.4 million or more, it will set a new record for a Kandinsky at auction.

The current Kandinsky record-holder is not from 1909—but five of the top 10 auction results for the artist are, including the second most-expensive, Study for Improvisation 8, 1909. “1909 is a critical year. That’s why you see top prices in the marketplace,” Mackie says. “The works are figurative, but we start to see a push toward the disappearance of recognizable reality.”

That said, Murnau boasts a virtue that even other high-ranking 1909 Kandinskys do not—it has never before hit the auction block. “It has an extraordinary provenance, which we know the market responds to very strongly,” says Mackie.