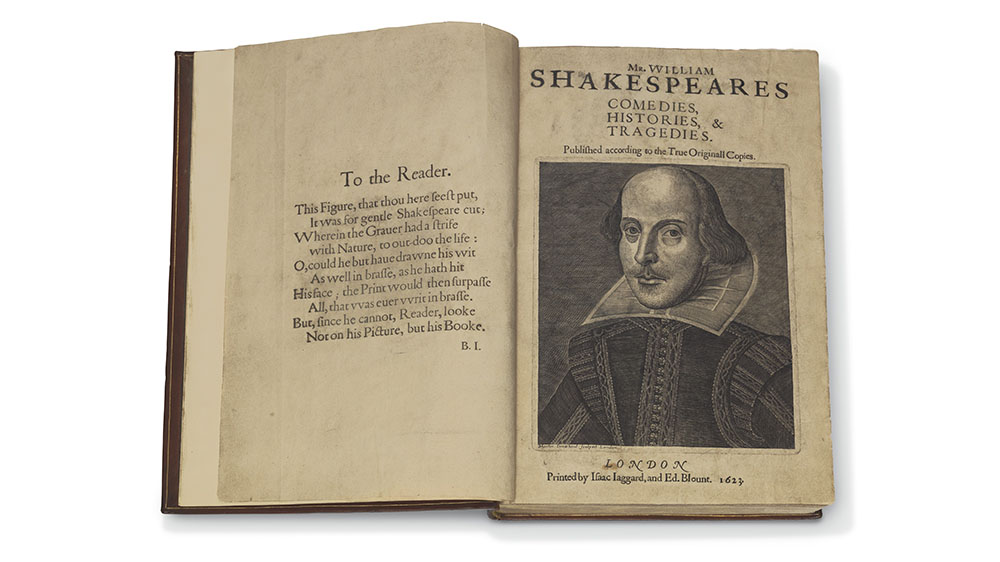 It may be 2020, but the Bard isn’t done making literary history. A book of William Shakespeare’s plays just became the most expensive work of literature ever sold.

On Wednesday evening, a copy of Shakespeare’s Comedies, Histories, & Tragedies sold for a stunning $9,978,000 as part of Christies “Exceptional Sale” in New York, according to the auction house. That sum, which easily broke the previous record of $6.1 million set by another copy of the same book, smashes the work’s $4,000,000 to $6,000,000 pre-sale estimate.

The “First Folio,” as the book is commonly referred to, is a collection of 36 of Shakespeare’s plays that was published by his friends and fellow actors, John Heminge and Henry Condell, shortly after his death in 1623. The massive tome included 18 plays—including Macbeth, The Twelfth Night and Julius Caesar—that hadn’t been printed before and would likely have been lost otherwise.

The historic collection was purchased by Stephan Loewentheil, following a six-minute telephone bidding war with two other unnamed parties. Loewentheil, a noted book dealer and antiquarian, is the owner of The 19th Century Rare Book and Photograph Shop in Brooklyn.

“William Shakespeare is incomparably the greatest writer in the English language and one of most important international cultural influencers in all history,” Loewentheil said in a statement. “The First Folio is the most important collection of plays ever published and revered throughout the world. It is an honor to purchase one of only a handful of complete copies of this epochal volume. It will ultimately serve as a centerpiece of a great collection of intellectual achievements of man.”

The record-setting edition of Comedies, Histories, & Tragedies was one of 750 copies printed four centuries ago. Only 235 are known to have survived. Of those, only six are privately owned. This version is the first to go up for auction since the previous record holder, which was put up for sale by Mills College in Oakland in 2001.