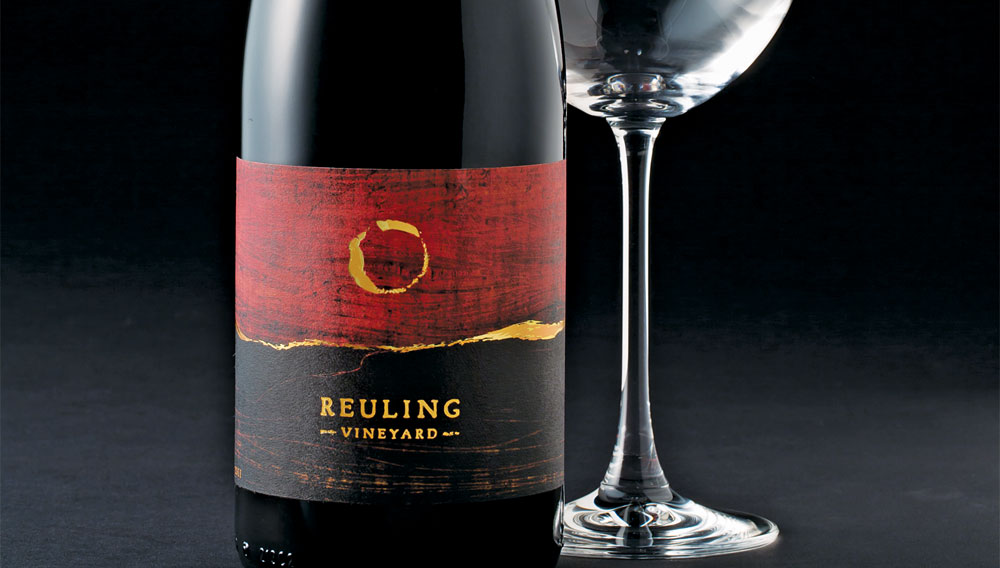 Thoughts of winemaking never entered the minds of Jackie and Tim Reuling at the time they began their quest for land in the Russian River Valley. Originally from the Midwest, they were inspired to move to California by a trip Jackie took to Provence, France, where food, not wine, served as the primary lure. Trained in the culinary arts, Jackie was impressed by the French emphasis on homegrown ingredients, which imbue the finished dishes with flavors unique to a specific place. Sonoma’s similarities to the South of France—its inviting climate, dramatic landscapes, and artisan farmers—convinced the couple that the Northern California county could be the setting for their American interpretation of la vie provençale. “We ultimately moved to Forestville and bought a house and lived there for a while,” says Tim. “But we were looking for a bigger property, because Jackie had this design of getting a few acres and opening a bed-and-breakfast.”

In 1998, they bought 16 acres of apple orchards. “But as we moved forward,” Tim says, “Jackie found it problematic dealing with the county, as far as the bed-and-breakfast was concerned. By virtue of our locale, we had friends in the grape-growing business—Tom Dehlinger and Paul Hobbs—and they said this was a good vineyard property. From the outset, we hadn’t considered growing ultrapremium grapes. But a vineyard is what the land said it was.”

With the assistance of Mark Aubert, one of California’s most talented winemakers, the Reulings began the arduous task of transforming the orchard into a primarily Chardonnay vineyard, planting it with clones from Montrachet in Burgundy. The potential of the site soon revealed itself in the Aubert Reuling Vineyard Chardonnay—a wine that quickly attracted a following.

An infection of leafroll virus, however, soon blighted this initial success. This setback brought about two significant changes. In replanting, the Reulings increased their number of acres of Pinot Noir vines to 12, leaving only a little more than 2 acres of Chardonnay. They also decided to make a wine of their own.

A mutual acquaintance introduced them to Matt Taylor, who had recently left his position as the winemaker and vineyard manager at Araujo Estate. Though Taylor’s work for this distinguished producer emphasized Bordeaux varietals, he was immediately intrigued. “This was an amazing vineyard source,” he says. “It has this incredible sandy Goldridge soil, and when Mark [Aubert] was at Peter Michael, he got some phenomenal [Vosne-Romanée] clones. But the really unique thing about the property is that it gets a little bit warmer than its neighboring vineyards, which ripen about two weeks behind the Reuling property.”

This anomaly played a crucial part in creating the inaugural vintage of the Reulings’ wine. “In a year like 2011, when the rains came at the beginning of October, our neighbors wound up pulling fruit in before the rain,” says Taylor,  “but we already had all the right elements [in our grapes].”

This natural balance carries over into the finished wine. The Reuling Vineyard 2011 Pinot Noir ($70) exudes a harmonious intensity, its abundance of cherry, raspberry, pomegranate, and red-grapefruit flavors moderated by the delicate earthiness that results from Taylor’s whole-cluster fermentation.

“At the end of the day,” adds Taylor, “it doesn’t matter who passes through here and makes the wines. This vineyard just sings.”