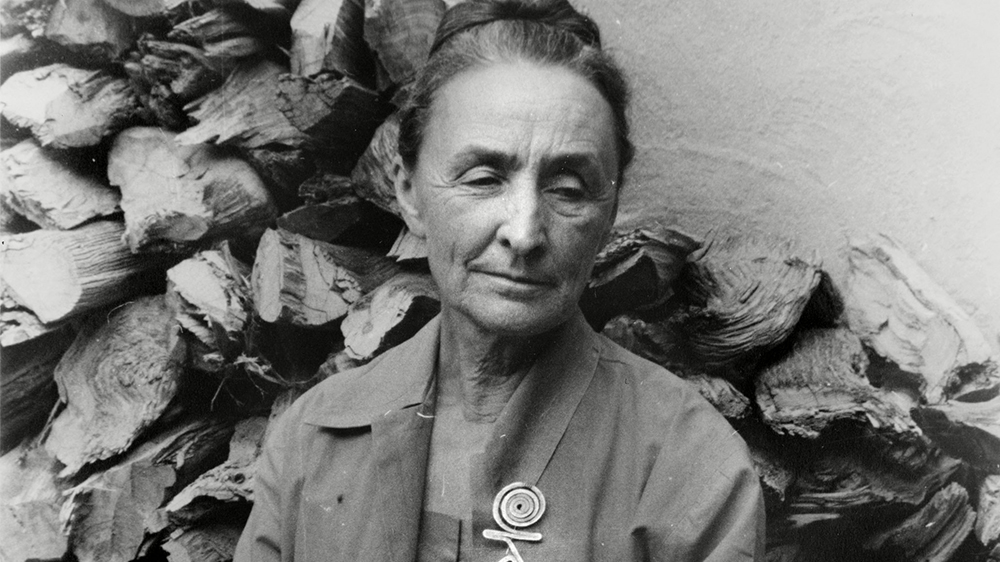 The “Mother of American modernism” still has plenty of pull in the art world. Never-before-seen artworks and personal effects from the estate of Georgia O’Keefe and her husband Alfred Stieglitz have garnered millions at auction.

The sale, which took place at Sotheby’s New York on Thursday, reached $17.2 million in total, eclipsing the high estimate of $13.3 million. The collection included more than 100 coveted artworks and ephemera detailing the life of the American art icons. The pieces came courtesy of artist Juan Hamiltion—a friend and confidante of the husband-and-wife duo—who also had several pieces in the auction.

A strong 87 percent of lots were snapped up, but the day undoubtedly belonged to the Queen of Flowers as public institutions and private art collectors zealously competed for her works. O’Keefe’s widely-exhibited Nature Forms—Gaspé, 1932, reached a staggering $6.9 million, while her exceptional sculpture Abstraction, first modeled in 1946, doubled its high estimate and sold for $668,000. Not to be outdone as a medium, a series of charcoal and pencil drawings drew big bids with Untitled (Trees), 1976, collecting a whopping $106,250.

The selection of O’Keefe’s personal effects, which offered a rare glimpse into her private life and creative process, also fetched impressive sums. An 18-jar set of vivid pigments—each separately labeled by O’Keeffe—sold for $75,000.

Away from the easel, a bespoke black-and-white pleated dress which may have been hand-sewn by O’Keeffe herself achieved $25,000 and her first-edition copy of James Joyce’s Ulysses went for $62,500. Meanwhile, the marriage certificate for Stieglitz and O’Keeffe’s 1924 wedding sold for $15,000, surpassing its estimate by $5,000.

“These results demonstrate that collectors and fans remain fascinated by Georgia O’Keeffe’s life and work, and we are proud to continue pushing her legacy forward, particularly alongside the many public institutions who acquired works for their collection,” Kayla Carlsen, Sotheby’s Head of American Art, said in a press release.