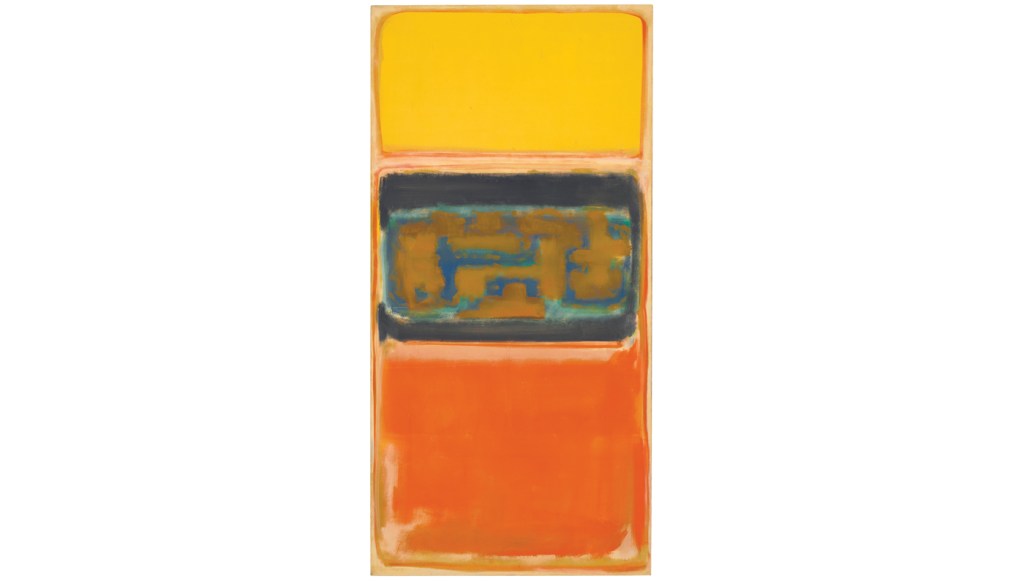 Masters of 20th-century art meet on the auction block.

Abstract expressionism is having a reunion. Mark Rothko and Robert Rauschenberg—two artists known for very different approaches to the post–World War II art movement—will share the spotlight this spring at Christie’s London (christies​.com) in a high-profile auction of two influential works.

Rothko’s No. 1, painted in 1949 as the first in a series of 12, is an early example of his signature style combining blurred planes of vibrant color. The canvas, which remained in Rothko’s personal collection until his death in 1970, is estimated to sell for more than $10 million. Transom, by contrast, is a decisive example of Rauschenberg’s penchant for nontraditional media—in this case, silk-screen techniques previously used only for commercial purposes. The work depicts incongruous images of rooftop water towers, military helicopters, and nude women, and is expected to fetch upwards of $4.9 million.

Fresh from a world tour, having traveled from Hong Kong to New York for side-by-side exhibitions, the works are making their last stop in London. As two of 50-plus lots, they will hit the block at Christie’s Post-War and Contemporary Art evening auction on March 7.