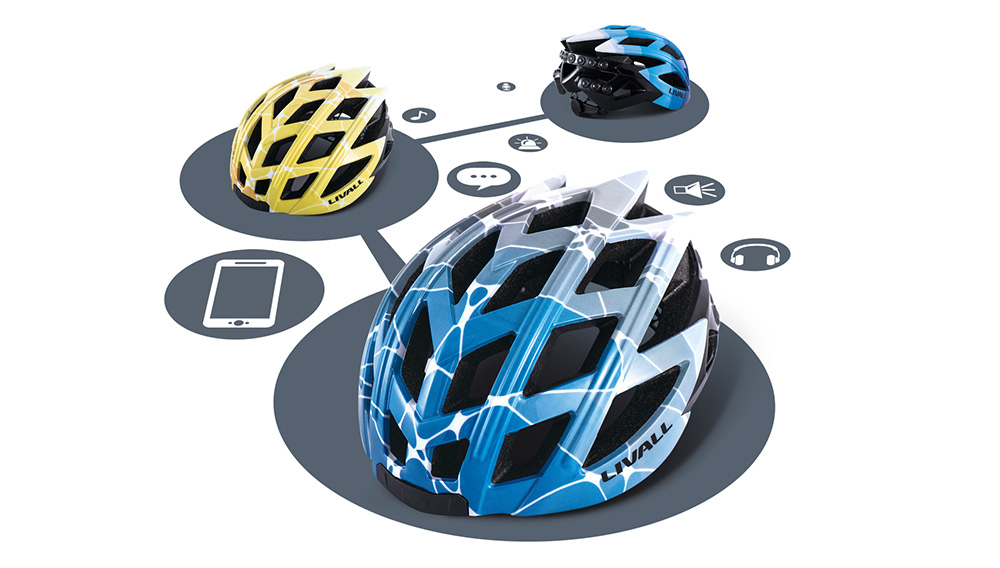 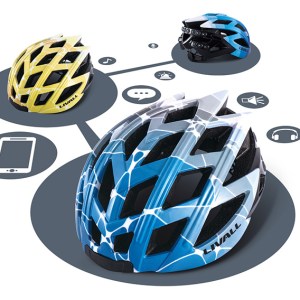 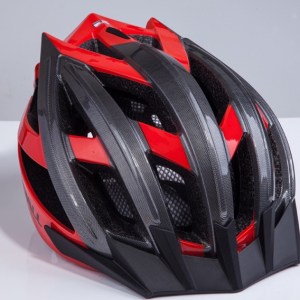 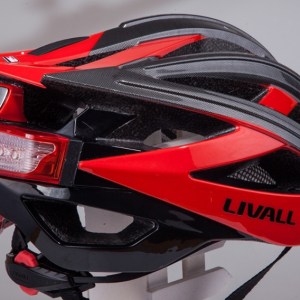 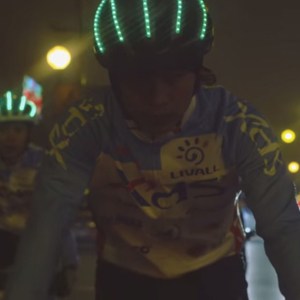 Safe cycling is all about riding smart, and with the Livall Bling Helmet, using one’s head has become a whole lot easier. Advertised as the world’s first smart helmet, the innovative head protection is equipped with a total of 80 LED lights, which are activated through the handlebar-mounted Bling Jet Remote Control. The lights act as turn signals, allowing cyclists to keep their hands on the bike while still notifying drivers of their intentions.

The Bling Helmet also features a 3-Axis Gravity Sensor that will detect an impact or fall and immediately transmit an SOS message to predetermined emergency contacts through the Livall Riding App. The hands-free communication is made possible with Bling’s Hi-Fi Bluetooth speaker, as well as a wind-cancelling microphone that works in conjunction with the rider’s handlebar-mounted phone in order to send and receive calls. It can even provide an audio version of text messages. Since the speakers are incorporated into the construction of the helmet, the rider can also listen to music without blocking out important ambient noise like sirens and car horns. The same technology can also be used while pedaling within a peloton, allowing cyclists to talk with each other via the accompanying two-way radio function—or strategize their next breakaway.

Broadening the level of communication even further, the Livall Riding App also relies on what is claimed to be the smallest single-unit cadence sensor in the world. Livall’s Nano Cadence Sensor will track speed, distance traveled, cadence, and calories burned, eliminating the need for a separate ride computer. The same app also enables cyclists to safely take photos and videos of their ride and post them to social media.

First rolled out at the IFA electronics tradeshow in Berlin in early September, the Livall Bling Helmet—with Bling Jet Remote Control and Nano Cadence Sensor—is currently available for order on indiegogo.com, for prices starting at $277, while supplies last. (The phone holder is an extra $79.) The first shipments are scheduled for October. (livall.com)