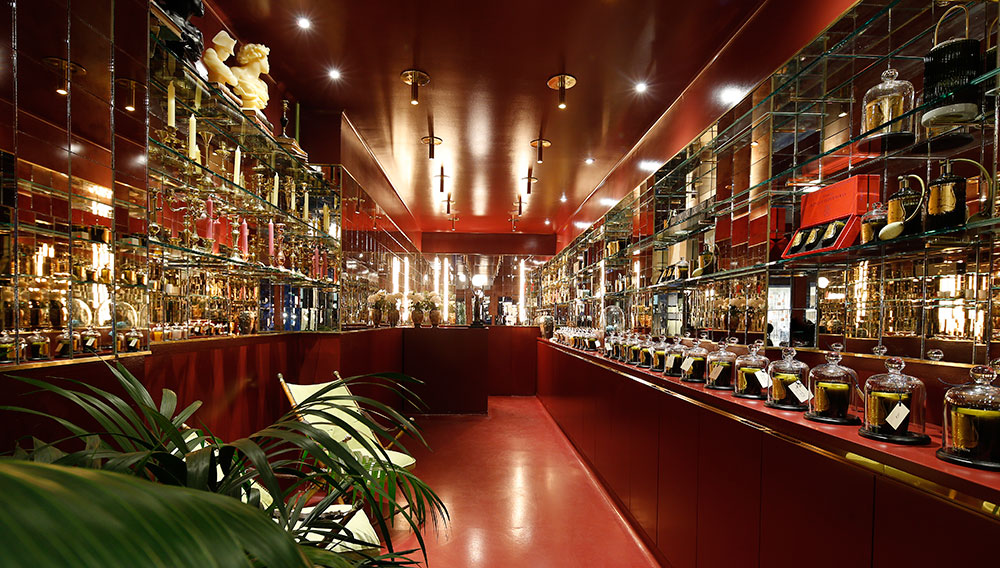 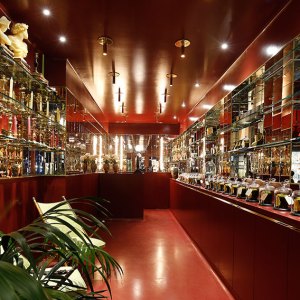 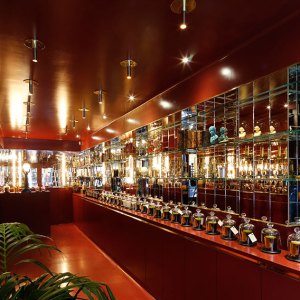 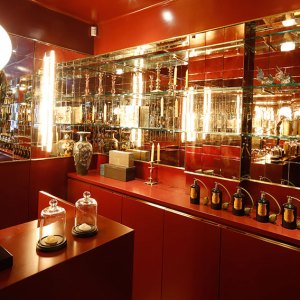 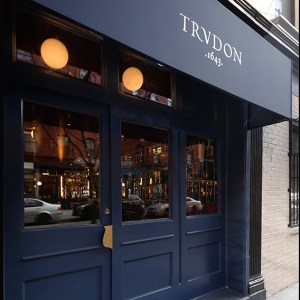 Cire Trudon, the oldest candle manufacturer in the world and wax supplier to the royal and imperial courts of France, debuts its first U.S. freestanding store in New York City’s Nolita neighborhood, a Boho chic shopping destination with European flare. The boutique will officially bow on December 1, 2015.

Like its counterparts in Paris and London, the Elizabeth Street store shares the brand’s warm “maison” feeling, but the décor of each door is also a reflection of its surroundings.

“We wanted to bring some Paris to Nolita with a mix of classical and contemporary design that would work well for 400 square feet,” said Pruvost. “I collaborated with Paris-based architect Fabrizio Casiraghi, who understands the design sensibility of intimate spaces, French heritage and complimentary lighting techniques.”

“The design of the store needed to house Cire Trudon’s DNA and to strike a harmonious balance between Paris and New York City,” said Casiraghi. “I see Paris in the two Maison Jansen chairs and the Japanese vases. When I started looking for vases, I decided to visit all Parisian Japanese galleries in order to find those elements that I saw in every “chateaux” of France where in the past, an entire room was dedicated to the objects coming from the Far East. When I started to think of the lighting system, I remembered how New York artist Dan Flavin featured neon lights in his installations. The neon lights play up New York City.”

Cire Trudon, the world’s oldest and most prestigious wax manufacturer still in active business today, was founded in France in 1643, on the eve of Louis XIV’s reign. A salesman named Claude Trudon began a small, family-run, dry goods business and went on to supply not only the kingdom’s most glorious cathedrals but also the Royal Court of Versailles, through to the end of the monarchy. Napoleon’s official wax producer during the Empire period, Cire Trudon never stopped innovating or prospering. The 25 perfumed candles in the Classic range today are an invitation to experience the height of luxury—past and present. Housed in iconic green glass vessels hand-poured in Vinci, Italy, Trudon candles feature a unique wax blend and are crafted in Normandy, France. The Cire Trudon candles are know for their harmonious and clean burn. Today, the privately held Cire Trudon brand is distributed in 64 countries.