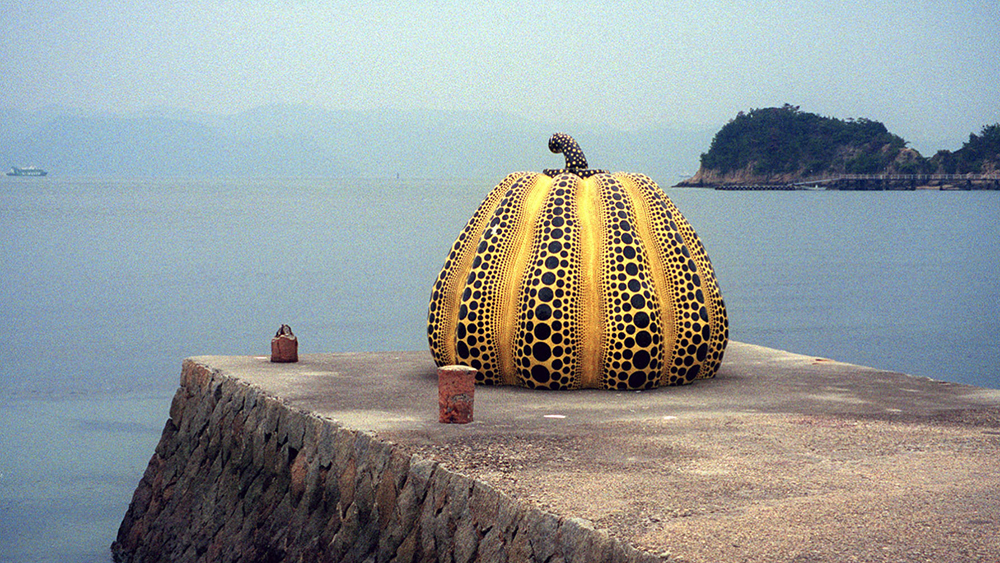 One of Yayoi Kusama’s iconic pumpkin sculptures was dislodged from its base on the edge of Japan’s Naoshima Island and tossed about in the sea as Typhoon Lupit swept through the region. In a video posted to Twitter of the now aquatic gourd, the outdoor artwork appears to have sustained some damage with cracks in multiple places. The sculpture has since been recovered and is currently being held at the Benesse Art Site on the island, according to the Washington Post.

ARTnews has reached out to Kusama’s gallery representation to learn more about the conservation status of the artwork.

This isn’t the first time that a yellow pumpkin sculpture by Kusama, one of Japan’s most famous artists, has been involved in an unfortunate incident. A pumpkin displayed at the 2017 exhibition “Infinity Mirrored Room—All the Eternal Love I Have for the Pumpkins” at the Hirshhorn Museum and Sculpture Garden in Washington, D.C., was damaged after a visitor to the show tripped on it while trying to take a selfie. (The pumpkin was subsequently removed from the show.)

The yellow pumpkin sculptures represent a cornerstone of the artist’s practice. Kusama has been drawing pumpkins since elementary school. Two of Kusama’s pumpkin sculptures, one in yellow and one in red, both around 6 feet tall, have been installed on Naoshima Island since 1994. The works are also extremely valuable. Earlier this month, one pumpkin work was at the center of a fraudulent scheme by German socialite Angela Gulbenkian, in which she sold a pumpkin work to a buyer for $1.3 million but never delivered the sold work and pocketed the money for herself. Gulbenkian was recently jailed for theft.