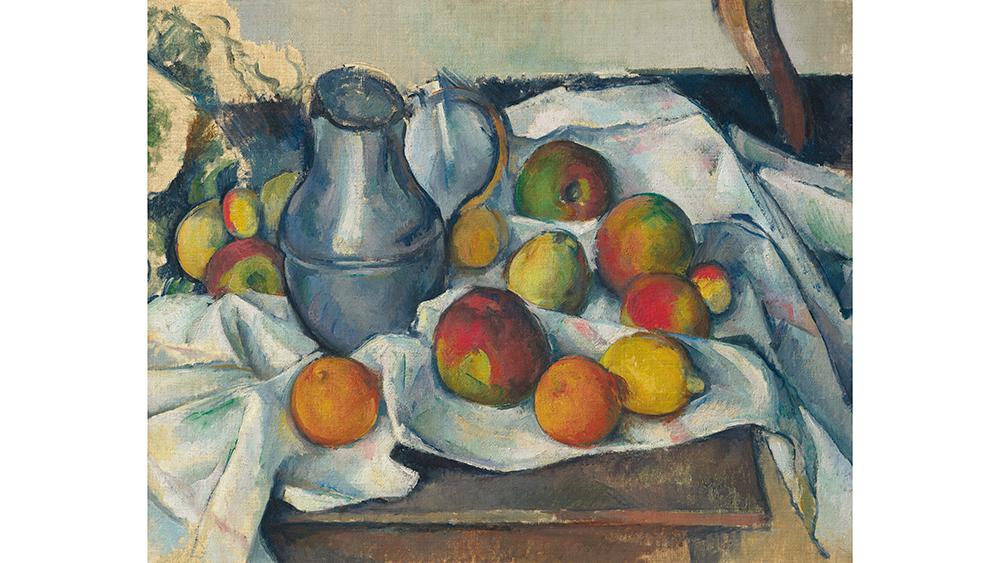 Wall Street may have had a no good, very bad day, but on Monday night, the art world didn’t care. A Paul Cézanne painting owned by late media magnate S.I. Newhouse Jr. smashed estimates and sold for a whopping $59.3 million to lead Christie’s Impressionist and Modern evening sale.

Originally purchased by Newhouse for $29.5 million in 1999, Bouilloire et Fruits (1888–1890) had been estimated to sell in the region of $40 million, according to the New York Times. The still life was among five blue-chip artworks from the famed Condé Nast publisher’s estate to go under the hammer. Among the others, Vincent van Gogh’s Arbres dans le Jardin de L’asile (1889) gave the Cézanne a run for its money, pulling in $40 million. Together, the five Newhouse collection pieces fetched $101 million.

Painted while Cézanne was in Aix-en-Provence, Bouilloire et Fruits was once part of a notorious Memorial Day 1978 heist in which seven works were stolen from collector Michael Bakwin’s home in the Berkshires of Massachusetts. The painting was not recovered until 1999; Newhouse bought it at a Sotheby’s London auction the same year.

Yesterday, the painting achieved a different kind of notoriety, garnering nearly $60 million in a market that often favors contemporary works. “It was a great Cézanne and it deserved its price,” London-based dealer Richard Nagy told the Times. “But it’s not exactly current taste.”

Perhaps an even more intriguing test of Newhouse’s collection will come on Wednesday, when six contemporary works, including Jeff Koons’s 1986 sculpture Rabbit, will cross the block. The famed “Statuary” series work is expected to fetch between $50 and $70 million.

Monday’s sale, which also saw Balthus’s Thérèse sur une Banquette (1939) beat estimates when it sold for $19 million, brought in a total of $399 million. Though it was a small dip from last year’s $415.9 million sale, that total nailed the high pre-sale estimate and far surpassed the low estimate of $287.5 million.