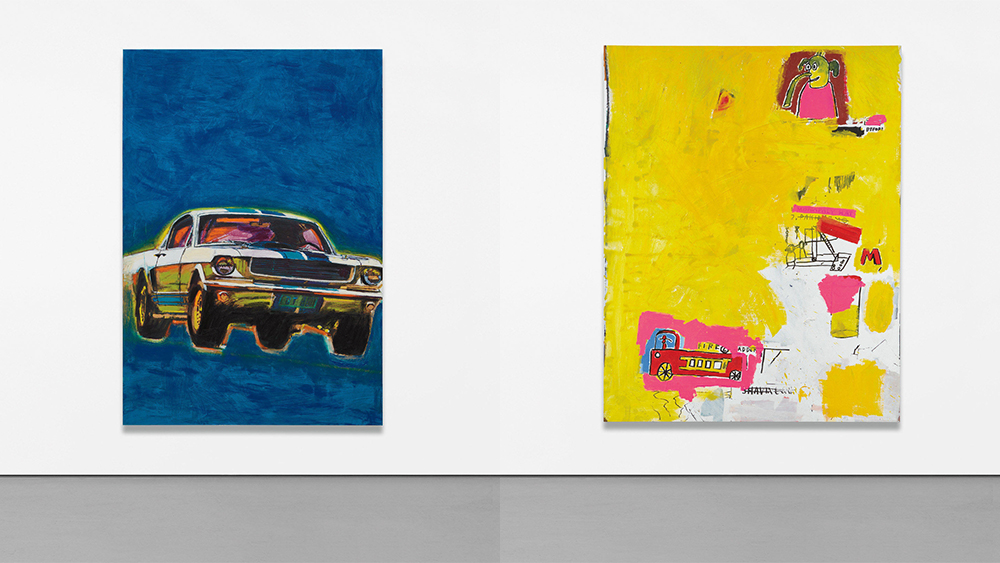 Quite the collector, Rodriguez has been spotted at many an Art Basel Miami in recent years, eyeing and buying various works (not to mention partying it up at his Coral Gables residence). He’s selling these pieces to start a “fresh chapter” in his personal life, according to a Phillips sale catalog. This new leaf is courtesy of Rodriguez’s recent engagement to actress and singer Jennifer Lopez—the ring caused quite a stir when the couple posted it up on Instagram in March. “I am excited to begin a new collection journey with Jennifer,” Rodriguez said. “We are both committed to the arts, and will continue to be great patrons together.”

“Since he began his collecting journey, Alex has acquired an exceptional collection of works, featuring some of the art scene’s most coveted names,” said Robert Manley, Phillips worldwide co-head of 20th-century and contemporary art, in a statement. “We are honored to have been entrusted with the sale of these two extraordinary paintings.”

And while Rodriguez will be sad to see the Basquiat and Prince works go, his collection allegedly includes big names such as Andy Warhol and Keith Haring, among others. Prior to his retirement from the sport, Rodriguez even invited some of his favorite artists to watch him play at (where else?) Yankee Stadium.

“I really enjoy these people personally,” Rodriguez told Architectural Digest in 2016. “I go to their studios and watch them do their work.”

Should Rodriguez’s Basquiat and Prince pieces so entice you, you can step up to the plate on June 27th and put forth your best bid.