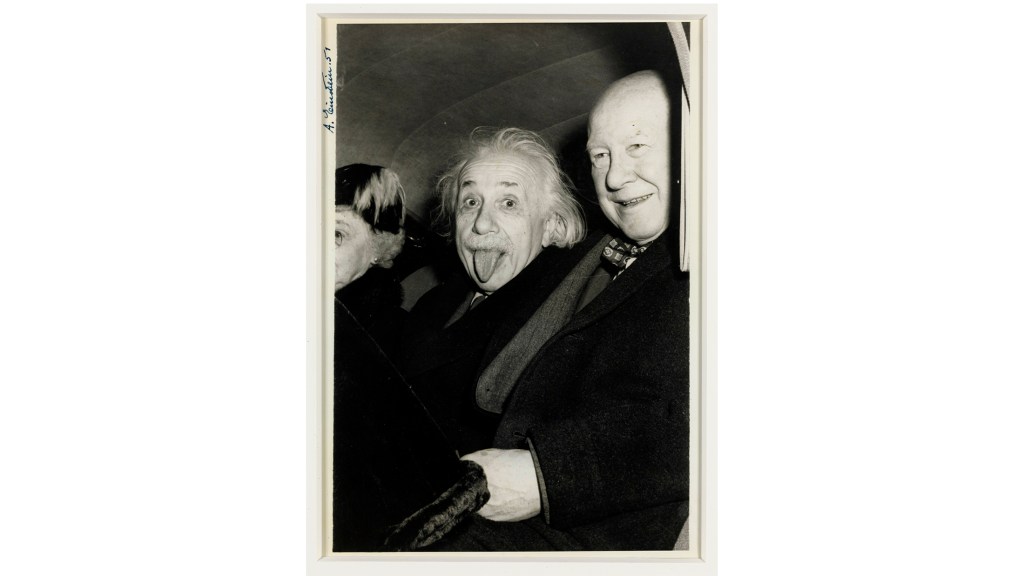 Newton. Darwin. Curie. Tesla. Pasteur. Items from famous scientists sell well at auction, but none approach the appeal of Albert Einstein. “It’s a combination of his towering achievements and his instantly recognizable personal brand,” says Thomas Venning, head of the department for books and manuscripts at Christie’s. “His discoveries transformed the world, and he has an instantly recognizable face and physical style.”

Everything in Einstein’s top 10 most expensive items at auction sold for $200,000 or more. Unsurprisingly, the record holder is the August 1939 letter he wrote to Franklin D. Roosevelt that prompted the United States to develop an atomic bomb. Offered at Christie’s New York in 2002, it fetched $1.9 million.

But the list could reshuffle on July 12, when Christie’s London will offer 56 letters that Einstein wrote to his closest friend, engineer Michele Besso. The two met as students in the late 1890s, and their relationship endured until Besso died. Most of the letters will be featured in Einstein: Letters to a Friend Part 1, which takes place online from July 6 through July 13; six are reserved for the July 12 Valuable Books and Manuscripts sale at Christie’s London.

The July 12 collection includes one of Einstein’s most famous letters, which he wrote to Besso’s family in 1955 after learning of Besso’s death. He ended the note by saying, “Now he has again preceded me a little in parting from this strange world. This has no importance. For people like us who believe in physics, the separation between past, present, and future has only the importance of an admittedly tenacious illusion.” Einstein died four weeks after writing those words. Christie’s estimates the letter could sell for as much as $63,650.

Among other top 10 sales of the past is the iconic photograph of Einstein sticking his tongue out. Last month, Christie’s New York sold one that the physicist signed in 1951 for $43,750. But the record for an Einstein object is most likely held by the scientist’s brown leather jacket, which Venning offered last year. It fetched roughly $146,750, well above its estimate. “It was very unusual for a massive public figure in the 1930s to dress down,” Venning says. “He wore this when everyone was wearing suits and ties.”