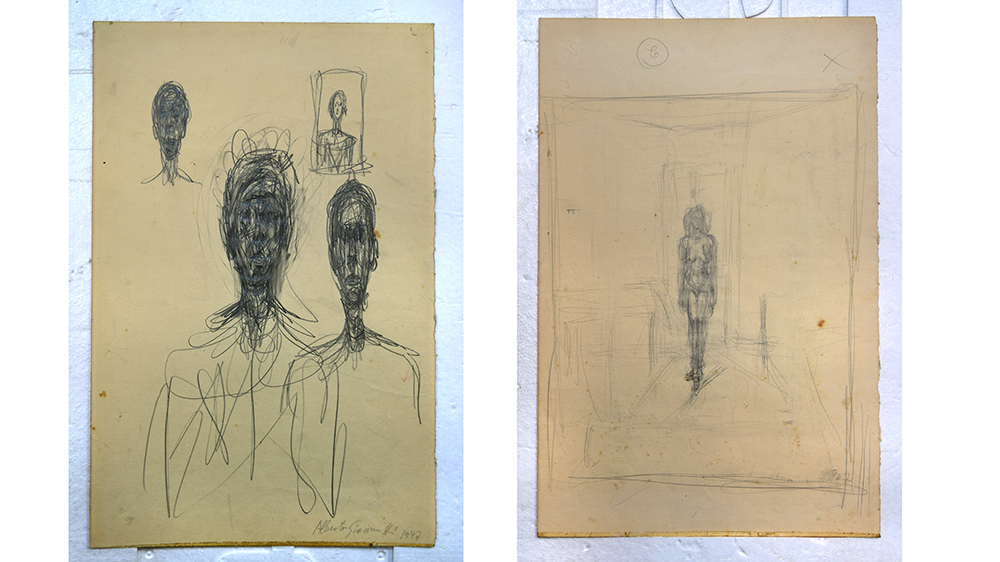 “Alberto Giacometti often described his work as ‘the shadow that is cast,’” says Sarah Flynn, head of the paintings department at Cheffins Fine Art. The Swiss artist’s double-sided pencil on paper, Têtes (recto); Nu debout (verso) from 1947, hits the block at the Cambridge, U.K.–based house on October 12.

Tagged at £40,000 to £60,000 ($52,550–$78,820), the sketch, which hails from the collection of late antiques dealer Eila Grahame, who died in 2010, was initially thought to have been lost. Although it appeared in an insurance evaluation of her shop’s inventory, it was nowhere to be found when that inventory was consigned to the house. Fortunately, the sketch was subsequently found in a pile of papers and picture frames and was later authenticated by the Fondation Giacometti in Paris.

“The present drawing,” says Flynn, “encapsulates two of the three most important and reoccurring themes that dominated Giacometti’s art: the standing female figure, the bust, and the walking man. Giacometti explored these motifs in endless variations and groupings across all mediums—in sculpture as well as in painting and drawing.”

The market for Giacometti’s works has been on the rise in recent years, with his bronze sculptures topping out at an artist record of $141,285,000 for L’homme au doigt (1947), which sold at Christie’s New York in May 2015. To date, his most expensive work on paper to sell is another double-sided sheet—Homme qui court (recto)/Tête d’homme (verso) (1960), which commanded $1.9 million (more than double its high estimate) at Christie’s Paris in December 2009.