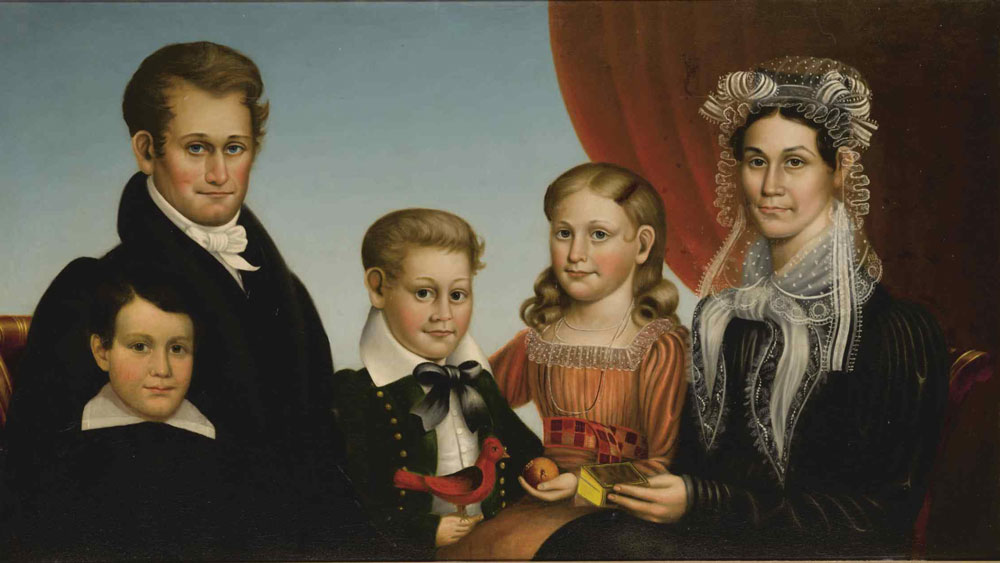 “We have a remarkable series of collections that are coming on the market during our upcoming Americana Week sales,” says Sotheby’s department head Erik Gronning of the auctions held in New York January 17 to 21. More than 1,200 lots will be offered in a seven-session sale of important furniture and works of decorative art, and in a single sale of rare books and manuscripts.

Among the highlights, he says, is “a very early chair that was made in New Haven.” Thought to have been owned by Richard Mansfield, one of the Connecticut city’s first settlers, the chair—which hails from the collection of Dorothy A. Merriam—has been in the same family since it was made sometime between 1640 or 1660. It is one of only 23 so-called Wainscot chairs to have survived—21 of which are in public collections; two remain in private hands. Like thrones, such chairs tended to be commissioned by men of means to denote their social stature, explains Gronning, adding that very few were made as only the very wealthy of the society could afford them. He also notes that they would likely have been accompanied by a matching side table.

“The last time a chair of similar quality appeared at auction was in 1995, and it has remained in the collection of the Metropolitan Museum of Art ever since,” says Gronning. The chair currently on offer is tagged at $300,000 to $500,000.

Other notable lots include a portrait of the Pratt Family of Essex, Conn., an oil on canvas painted around 1828 and attributed to noted artist Deacon Robert Peckham.

“What is quite wonderful about this beautiful rendering is that it was clearly commissioned before the couple’s third child was born. There are two primary children in the center; the third child was added later by another artist and is depicted in the lower left. Having two hands on the same painting adds a lot of story to it.” The picture is estimated at $30,000 to $50,000.

The sales also include a number of paintings by Ammi Phillips, an itinerant early-19th-century New England artist—among them a pair of portraits of George and Catherine Sneider Fake, from the Collection of Annie Abram and Steve Novak. Painted in November 1815, the portraits date to Phillips’s Border Period and carry an estimate of $80,000 to $120,000. A later portrait by the artist, painted in 1834 during his Kent Period, depicts Helen (Lena) Ten Broeck. The work, which comes from the collection of Bobbie and Ralph Terkowitz, is estimated at $150,000 to $300,000.

Standout lots in the books and manuscripts sale include a broadside copy of The Declaration of Independence in Congress, printed in Salem, Mass., by E. Russell sometime between July 18 and 19 in 1776. It is pegged at $1 million to $1.5 million.

The sale of important books and manuscripts takes place January 17; the sale of American furniture and decorative arts will be offered in seven sessions between January 18 and 21.