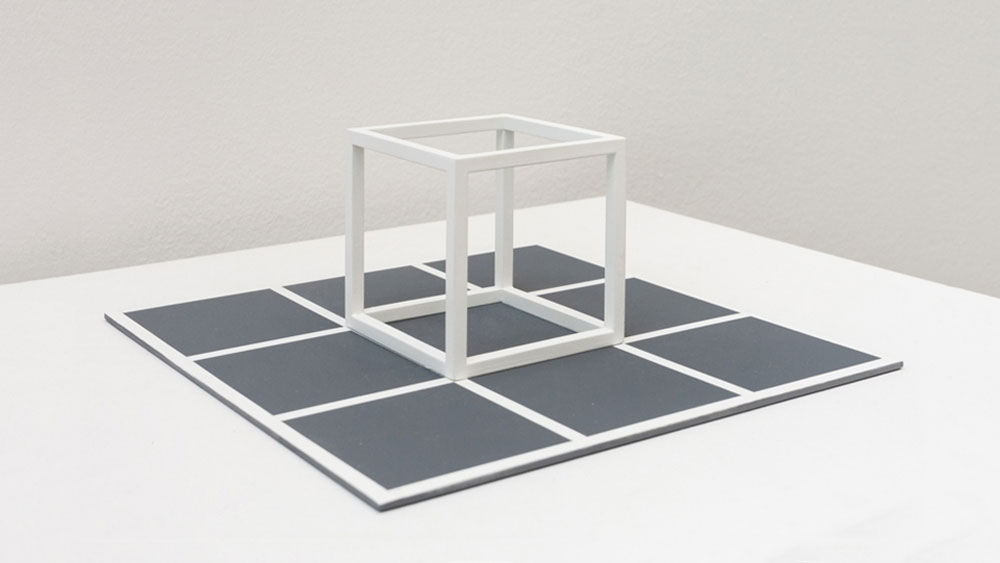 Fans of Sol LeWitt have an opportunity to acquire unique and editioned works by the multidisciplinary American conceptual artist in Sol LeWitt: Geometry Expanded, a 23-lot online sale hosted by Artnet, which runs through August 14. “We are offering a very diverse grouping from LeWitt’s entire oeuvre,” says Jason Rulnick, a senior specialist in postwar and contemporary art for the online platform who once worked for the artist and who has been following the market for his work ever since.

It has been more than a decade since LeWitt’s market peaked shortly before his death in 2007, explains Rulnick, and demand for his works, it seems, is once again on the rise. And, while five of his works have crossed the $500,000 mark at auction since 2014, he says, there is still plenty of room to grow before prices for his pieces are more in line with those commanded by his contemporaries like Carl Andre, Donald Judd, Dan Flavin, Robert Ryman, and Richard Serra.

Leading the Artnet sale is Black Cubes, a “structure” from 2000 that is made up of three painted fiberglass cubes, each precisely a meter square. “The two bottom cubes are finished in high-gloss enamel, while a third cube placed on top is matte black. “Black Cubes is a bold and minimal work in which the subtle variation in finish between the high-gloss and flat surfaces is surprisingly elegant and soothing,” says Rulnick. The museum-scaled work, which stands two meters in height carries an estimate of $250,000 to $350,000.

Also of note is Cube/Base (1965), an early multiple from an edition of 25 works composed of a single painted steel cube upon a grid, which quickly become the base unit for a celebrated suite of “structures” that the artist realized as part of his “Serial Project.” A prime example from this series is in the collection of the Museum of Modern Art in New York. The diminutive sculpture on offer is pegged at $50,000 to $70,000.

Among the more reasonably priced editioned works is Stars (complete set of 6 works) (2002), which consists of a half-dozen brightly colored linocuts on Somerset satin paper. Signed and numbered 47 of an edition of 100, they are tagged at $6,000 to $8,000.