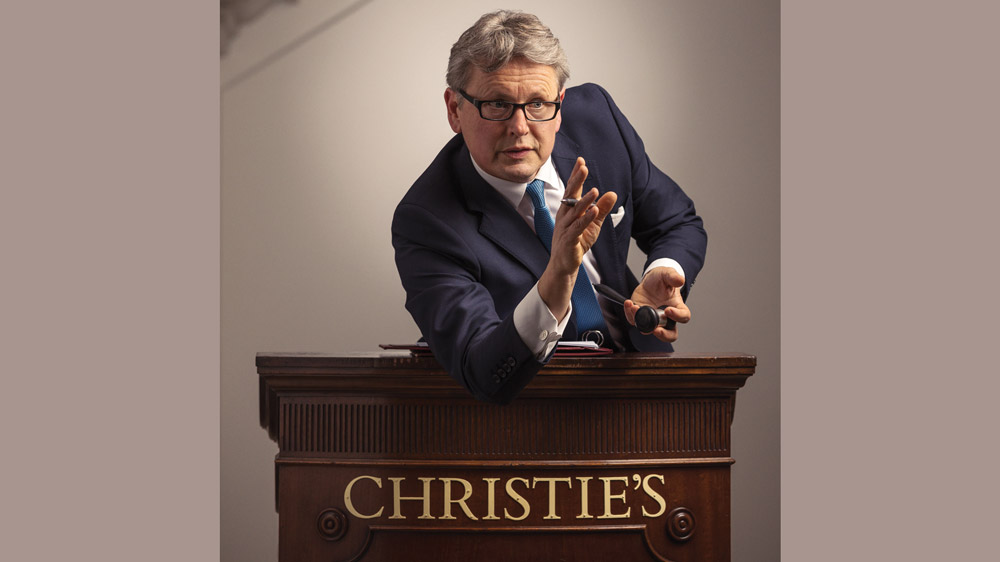 At 7:45 p.m. on November 15, 2017, auctioneer and Christie’s global president Jussi Pylkkänen hammered in Leonardo da Vinci’s Salvator Mundi for a record-​shattering $400 million, after a nearly 20-minute bidding war in which the oil on panel became the most expensive work of art ever sold. The drama of the spectacle was heightened still further by the fact that, in a maverick move, Christie’s offered the circa-1500 painting in the context of its New York evening sale of postwar and contemporary art. The sale of the work, which is hailed as the “last Leonardo in private hands,” no doubt buoyed the bottom line of the 250-year-old privately held concern, its purchase price (with buyer’s premium) of $450,312,500 contributing substantially to some $6.6 billion in sales at the house in 2017.

For the 55-year-old Finnish-born, Oxford-​educated Pylkkänen, the Leonardo is the most recent in a succession of record-breaking sales under his gavel that began with Francis Bacon’s Three Studies of Lucian Freud (1969), which achieved $142.4 million in November 2013. Two years later, that record was topped by Pablo Picasso’s Les Femmes d’Alger (Version “O”) (1955), which commanded $179.4 million.

“In selling the Leonardo, I realized just how radically the world has changed over the past three decades,” says Pylkkänen. “I joined Christie’s in London in the mid-1980s, not long before the house sold Vincent van Gogh’s Sunflowers (1888) for what was then a jaw-dropping £25 million [$39.9 million]—four times more than the previous record. I could never have imagined that in 30 years, that number would mirror the last of the incremental bids for the Salvator Mundi. To have had the chance to sell a work of art that has set a benchmark unlikely to be broken for generations is a privilege.”