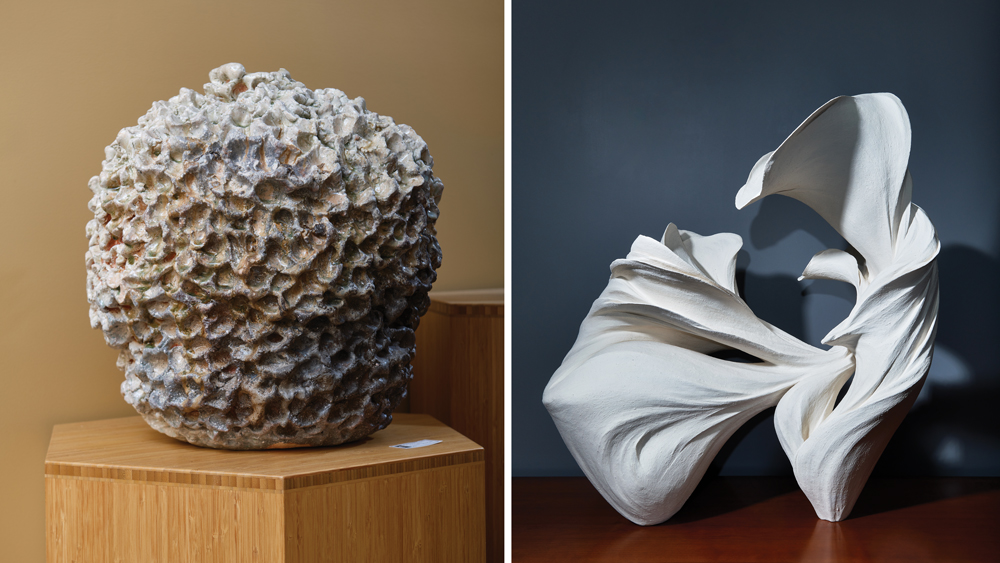 Few collectors have enjoyed such a winding journey through the art world as Boston-area private investor Jeffrey Horvitz, whose adventure began innocently enough when he decided to sell Vasarely posters on the side to pick up a little extra cash while attending graduate school at UCLA in the early 1970s. “Much to my surprise, the business grew, and it soon became a full-time occupation,” he says, adding, “I had a choice: continue my studies or open a gallery. I chose the latter.”

Not only did the gallery prove to be a modest success, it enabled Horvitz to quietly build a personal collection that included works by such blue-chip artists as Franz Kline and Georges Braque. (He closed the gallery in 1980 to take over the management of several family businesses that demanded his attention.)

In time, however, Horvitz’s affinity for 20th-​century art gave way to a developing interest in old-master drawings, particularly those of the Italian and French schools. “I wound up amassing more than 1,600 sheets, the majority of which just happen to be French,” he says. Last spring, some 200 French works from his collection were presented in From Watteau to David, an exhibition at the Petit Palais in Paris.

In recent years, the drawings too have begun yielding to another art passion—contemporary Japanese ceramics, which Horvitz and his wife, Carol, began collecting in 2008. Since then, their holdings have grown to include more than 800 works by some 325 artists—many of whom are in the prime of their careers. Among them are Hattori Makiko, Fujikasa Satoko, Tsujimura Shiro, and the husband-and-wife potters Hoshino Satoru and Hoshino Kayoko.

“Contemporary ceramic practice differs quite a bit from that of the past,” says Jeffrey—historically, Japanese potters engaged primarily in the firing of utsuwa, or dishware; vessels for ikebana, traditional flower arranging; and objects associated with the celebrated tea ceremony. Only in recent decades has the creation of artworks in clay become an end in itself. Many of the artists, he says, still work in millennia-old ways, some continuing to fire their wares in anagamas, or cave kilns, which are becoming increasingly rare for a host of environmental reasons—​not the least of which is the extraordinary amount of wood required to fuel them for days or weeks at a time.

“For Japanese artists, there is no difference between the process and the product,” says Jeffrey, explaining that the true beauty of a ceramic vessel is in the parts unseen. “The interior is as important as its exterior, the bottom as important as the top.” It is this attention to detail, he says, that more broadly informs the pieces and an artist’s practice.

When it comes to acquisition, Jeffrey and Carol have strict parameters: “absolutely no kitsch and no figurative work.” And they tend to eschew pieces related to the tea ceremony, save for water jars and tea bowls, particularly those by Tsujimura—an artist, they say, “who has taken traditional stoneware vessels to a whole new level in terms of tactility.”

The Horvitz collection is by far the largest outside Japan. Perhaps more importantly, it has been built through a deliberative process of getting to know the work of each potter by way of curators and trusted gallerists (such as Joan Mirviss in New York) and by journeying to Japan to visit artists in their studios. Moreover, each piece has been acquired with an eye toward its potential for lending or permanent placement in museum collections.

As Jeffrey is quick to point out, compared to other collecting areas Japanese ceramics remain a relative bargain, financially speaking. Works by prominent artists range in price from $3,000 to $30,000, with important and large works selling for upward of $100,000. Those pieces that command the highest prices, he says, tend to be by such deceased masters as Kamoda Shoji, Itaya Hazan, and Yagi Kazuo, who rose to fame in the wake of World War II.

Since the Horvitzes began collecting, they have noticed a marked rise in market prices. “When we began buying works by Fujikasa, an artist in her thirties who produces a dozen or so pieces a year, they could be had for around $10,000,” notes Carol. Today, she says, Fujikasa’s gossamer creations sell in the $30,000-to-$60,000 range.

“Economics aside,” she adds, “for us “the most important aspect of collecting has been to give these artists international exposure, to provide a platform to show the world outside of Japan just what they are capable of.”