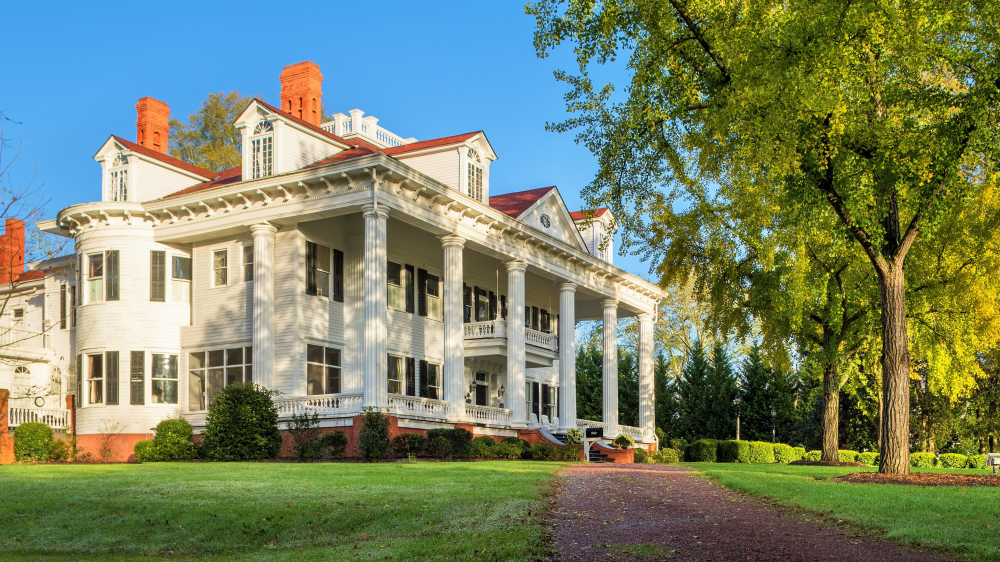 Tomorrow is indeed another day. Just a few from now, in fact, the mansion that inspired the film adaptation of Gone with the Wind will be going up for auction.

The home was handpicked by the book’s author, Margaret Mitchell, to serve as inspiration for Ashley Wilkes’s residence, Twelve Oaks, in David O. Selznick’s 1939 film. The 2176 Monticello St. SW address in Covington, Georgia is jam-packed with Southern charm, with a dash of modern amenities thrown in, thanks to a recent $2 million renovation. 12 remote-controlled fireplaces are just one of the many modern amenities that transport the 183-year-old property into the 21st century.

“We feel we’ve accomplished what we set out to do and are ready to start a new adventure.” the previous owner, who oversaw the revamp, said in a statement. “This was a dream of mine and we feel we achieved it beyond our imaginations.”

But there’s still plenty of old-world splendor at the residence. Grand chandeliers run throughout, and there’s even a rare antique shower in one of the bathrooms—reportedly one of only a few of its kind left. The house’s original brick cellar also remains.

And when it wasn’t busy inspiring generations of moviegoers in its past life, the premises also served as an award-winning bed and breakfast, event venue and occasional screen star, with credits from “Step Up: High Water” to “The Vampire Diaries.” The property still holds permits for all of the above, should you decide to fashion a B&B of your own on the historic grounds.

Not to mention the 10,000-square-foot, 12 bedroom, 12-and-a-half bath home is quite the sprawling one (it even has three acres worth of gardens to boot). It features a pool, gazebo and a historic carriage house with room for four cars.

Interested parties are advised to mark their calendars for July 25th, when live bidding begins. And maybe a book a trip to Georgia while you’re at it, as the auction will take place on the premises.

Check out more photos of 2176 Monticello St. SW, below:

One of the suites.  Photo: Courtesy of Target Auction Co.

A suite that doubles as a study.  Photo: Courtesy of Target Auction Co.