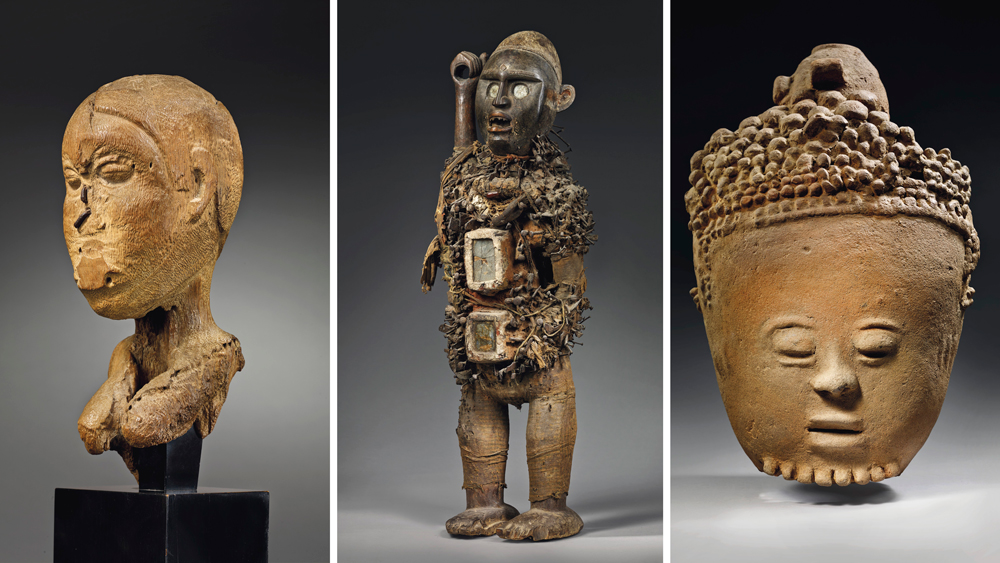 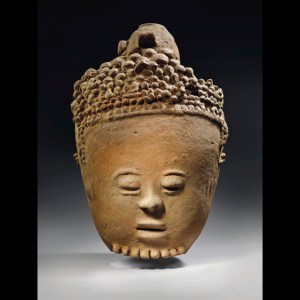 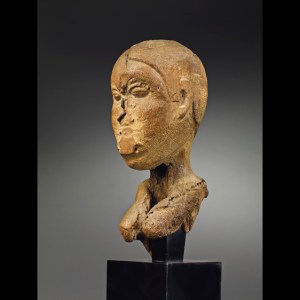 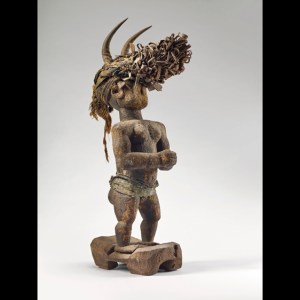 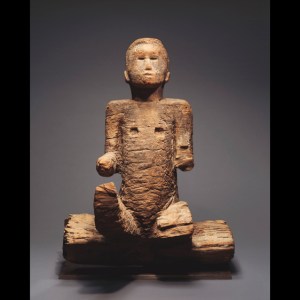 On June 27, more than 100 important pieces of African art hailing from the collection of noted contemporary art dealers Liliane and Michel Durand-Dessert go under the gavel at Christie’s in Paris in what is being touted as the sale of the season for collectors of ethnographic art.

“Pioneering gallerists of contemporary art who championed the work of such postwar luminaries as Gerhard Richter, Joseph Beuys, and Mario Merz early on, Liliane and Michel took an innovative look at les arts premiers, which they collected with passion and deep appreciation for more than 30 years,” says Francois de Ricqlès, president of Christie’s France. “Their unwavering intellectual curiosity and thirst for other dimensions in art led the Parisian couple in a natural way from the innovative creativity of contemporary avant-garde artists to the very roots of contemporary art: the traditional arts of Africa.”

The works on offer include a Mbembe statue from southeastern Nigeria, which is among the oldest and best preserved wooden sculptures from sub-Saharan Africa. “The Mbembe statue is extremely rare, with fewer than 20 known to exist,” says Susan Kloman, international head of the African and Oceanic department at the house, adding that the enigmatic works became icons of African art following their revelation in the historical exhibition Ancêtres M’Bembé at the Hélène Kamer gallery in Paris in 1974. The Mbembe statue carries an estimate on request of €2 million to €3 million ($2.3 million–$3.5 million).

Also of note is a wooden Fon sculpture, a head of a priestess that is notable because of its illustrious provenance. Discovered in Abomey (the current Republic of Benin) in 1928, the work was acquired by collector Louis Carré, who had purchased it from noted Parisian dealer Charles Ratton. Carré would later lend the work to the landmark exhibition African Negro Art: A Corpus of Photographs by Walker Evans at the Museum of Modern Art in New York in the spring of 1935. In time, the Fon statue, which was among Evans’s subjects, would go on view at the Albright-Knox Art Gallery in Buffalo, N.Y., where it remained for 80 years. It is tagged at €500,000 to €800,000 ($585,800–$935,700).

In addition to these rare-to-market highlights, the Durand-Dessert collection also includes exceptional objects from the Ivory Coast, Gabon, and the Democratic Republic of the Congo. Collectively, the 105 lots on offer are expected to fetch €7 million to €11 million ($8.2 million–$12.9 million).