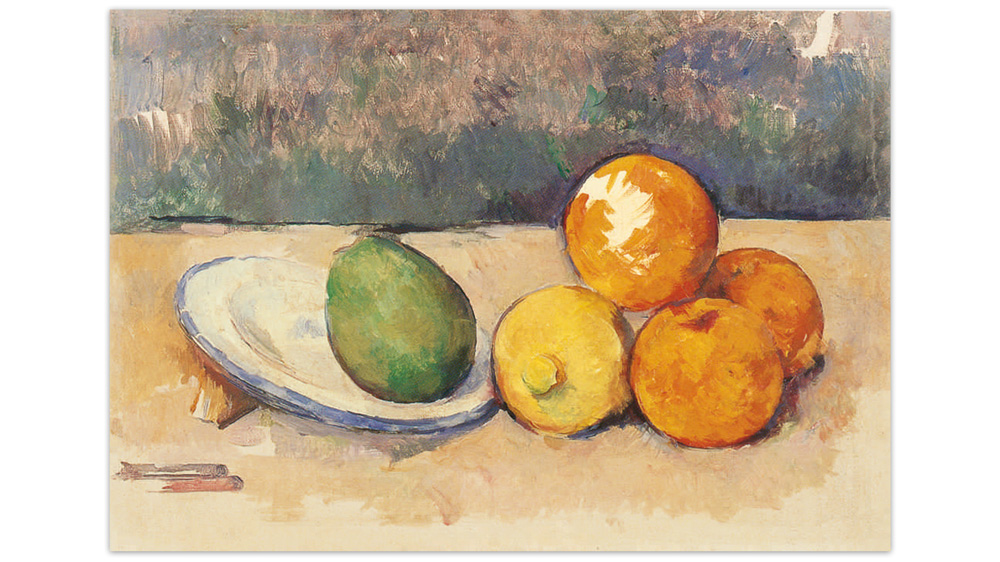 The art market continues to hum, despite a torrent of natural and geopolitical disasters that could unnerve confidence in such a psychologically sensitive market.

But this season, there’s almost an embarrassment of riches—especially in the Impressionist & Modern Art sector—thanks in large part to several important estates coming to market, led by stellar works from the late, Texas-based couple Nancy Lee and Perry R. Bass that will jump-start the fall season at Christie’s.

Landing the Bass group is a coup for Christie’s, not only because it helped raise the house’s presale estimates to a record high but also because the Bass family was historically close to Sotheby’s as loyal clients.

But no tears need to be shed for archrival Sotheby’s since it is offering a prime group of works, including a luscious Paul Cézanne still life from the late hedge-fund pioneer Martin Zweig.

So things haven’t changed that much since the auction business started in 18th-century Georgian London, when the three key factors for bringing works to market revolved around death, debt, and divorce.

Christie’s is hosting an Impressionist and Modern Art auction on November 13.

The blockbuster picture of the season is Vincent van Gogh’s ravishing landscape, Laboureur dans un champ, painted from his bedroom in Saint Rémy in early September 1889, when the artist was convalescing at the mental asylum where he painted a number of his late and most revered paintings.

Sold from the storied collection of Nancy Lee and Perry R. Bass and expected to fetch in the region of $50 million, the 19 7/8-by-25½-inch oil on canvas was acquired by the late owners in 1982 and brilliantly depicts a lone figure plowing a verdant wheat field with a black workhorse leading the way. A brilliant sun casts radiating rays across the richly colored and seemingly vibrating canvas.

Another trophy contender is Fernand Léger’s Cubist period abstraction, Contraste de forms (1913), a breathtakingly modern composition bursting in tightly patterned, geometric-shaped blocks of vivid primary colors. Like the van Gogh, the picture carries “an estimate on request” designation understood to be in the record-breaking region of $65 million. The artist’s current record at auction was set at Sotheby’s New York back in May 2008 when Le Femme en bleu (Study) (1912–13) fetched $39.2 million.

In a super-realistic and figurative vein, René Magritte’s brilliantly surreal L’empire des lumieres (1949) captures a tranquil, lamppost-lit evening street scene with a bright blue daytime sky hovering overhead. The 19 1/8-by-23 1/8-inch canvas is estimated at $12 million to $18 million and is the first in the series of day-for-night pictures that number 17. It also bears an impressive provenance since Nelson Rockefeller owned it for a time until he gifted it to a female friend in 1950.

Claude Monet’s serenely calm and beautifully atmospheric landscape Matinee sur la Seine (1897) carries a $15 million to $25 million estimate and hails from a series of 22 paintings capturing the early-morning light of the river near the artist’s home of Giverny. Monet would depart from his home at dawn and navigate his rowboat the short distance to the designated sweet spot on the Seine where he’d paint from the boat en plein air.

The next day–November 14–Sotheby’s is conducting an auction of Impressionist and Modern art.

If ever there was a world-class painting of a love story, Marc Chagall’s richly romantic Les Amoureux (1928) takes the prize with an estimate of $12 million to $18 million. The artist is entwined in an embrace with Bella, his beautiful and elaborately dressed wife, set against a flower-bedecked background with patches of blue sky, the sun, and a soaring bird depicted in surreal fashion on the folds of Bella’s scarlet-hued dress. Remarkably, the painting has been in the same family collection since 1928 and has been determined authentic by the official Comité Chagall.

Claude Monet makes another grand appearance as the honored cover lot with Le Glacons, Bennecourt (1893), estimated at $18 million to $25 million. The majestic winter scene of ice floes on the Seine portrays all the elements that would appear in his later series of Nympheas (Water Lilies), capturing the surface of the water, the reflection of the sky and trees that line the riverbank, and what can be seen underneath the surface. Famously owned in the late 19th century by storied collectors Mr. and Mrs. H.O. Havemeyer, it last sold at auction at Sotheby’s in May 1983 for $550,000.

Monet completed a series of 15 freezing river views from this vantage point in the winter of 1893-94, and this example ranks among the finest of the group, as evidenced by its inclusion in the 1998-99 traveling museum exhibition “Impressionists in Winter, Effets de neige.”

Always rare to market, Paul Cézanne’s petite yet epic Nature Morte from around 1890, composed of five lusciously ripe pieces of fruit—including a single green pear languishing on the side of a titled white plate supported by a wooden table—is pegged at $7 million to $10 million. Bearing a stellar list of past owners, including the late and great collector/dealer Heinz Berggruen, the picture last appeared at auction at Sotheby’s New York in November 1999 when it fetched $3.8 million.

Sotheby’s is offering 11 works from various owners by market champion Pablo Picasso, led by the dynamic and richly hued Buste de Femme au chapeau, painted (in one day) on May 27, 1939, and estimated at $18 million to $25 million. Rather than a portrait of a single sitter, the woman in the jaunty yellow hat is a mélange of features from two of the artist’s lovers from that time, Marie- Thérèse Walter and Dora Maar, incorporating their features in dizzying fashion.

Like a number of higher-priced offerings in the evening, this Picasso is backed by a third-party financial guarantee, assuring its sale no matter what happens in the auction.