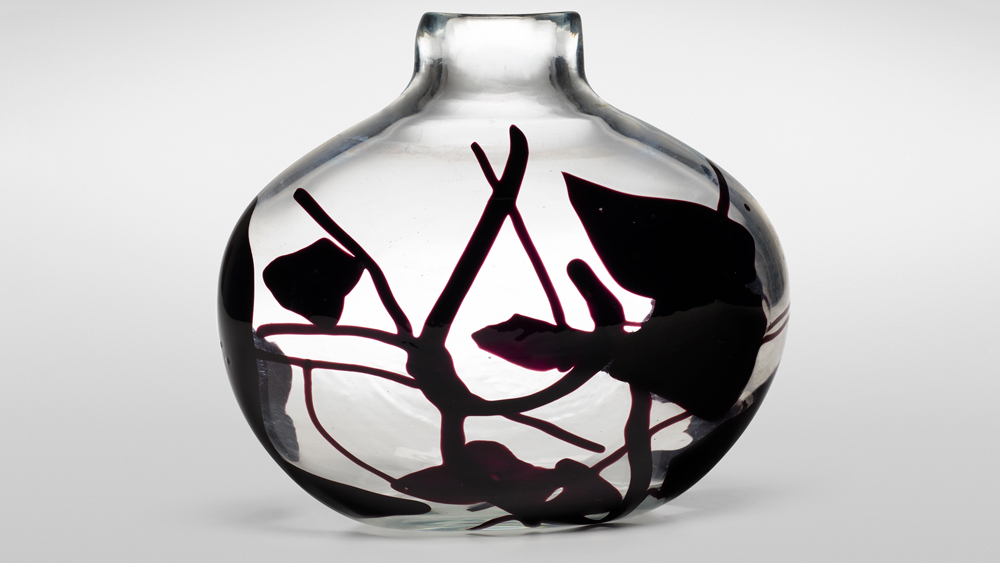 Connoisseurs of Italian glass will have a rare opportunity to enhance their holdings on May 23, when the Chicago-based Wright auction house holds a single-owner sale of more than 100 works by luminaries such as Fulvio Bianconi, Ercole Barovier, Gio Ponti, Carlo Scarpa, and Thomas Stearns. “This collection, which was built by a Windy City couple over the course of two decades, constitutes the finest selection of postwar Italian glass to ever come to market,” says Richard Wright, proprietor and president of the auction house, which has gained a solid reputation in the design arena.

Among the standout lots is the sublime La Sentinella di Venezia (1962), one of a quartet of works by Stearns on offer. Made of fused, incised, and free-blown glass with murrine enamel inlay and vertical inciso work, it is tagged at $300,000 to $500,000.

Some 45 pieces by Bianconi will be tendered, including a con macchie vase in transparent glass with dark amethyst decoration, which was blown at the Venini workshop on the Venetian island of Murano in 1950 (est. $90,000–$120,000). “With his painterly con maccia series and iconic Pezzato works,” Wright says, “Bianconi expresses the best of the Italian spirit in all its passions and joys.”

Barovier is also well-represented with 39 glassworks, among them a rare intarsio vase (1961–63), which carries an estimate of $30,000 to $40,000. “Barovier is truly one of the towering figures of Murano, single-handedly designing the complete output of the Barovier and Toso studio for nearly five decades,” Wright explains, adding that some of his rarest works are to be found among the lots offered this week.

The market for Italian glass has been on the rise in recent years, as evidenced by several notable sales—among them Facades of Venice (1962), a pair of cylindrical works by Stearns, which sold for a record-setting $612,500 on an unpublished estimate of $500,000 at Sotheby’s in New York in December 2016. In November of that same year, Barovier’s Primavera vase (1929–30) with applied blue-black glass elements achieved a mid-estimate $293,000 at Wright.