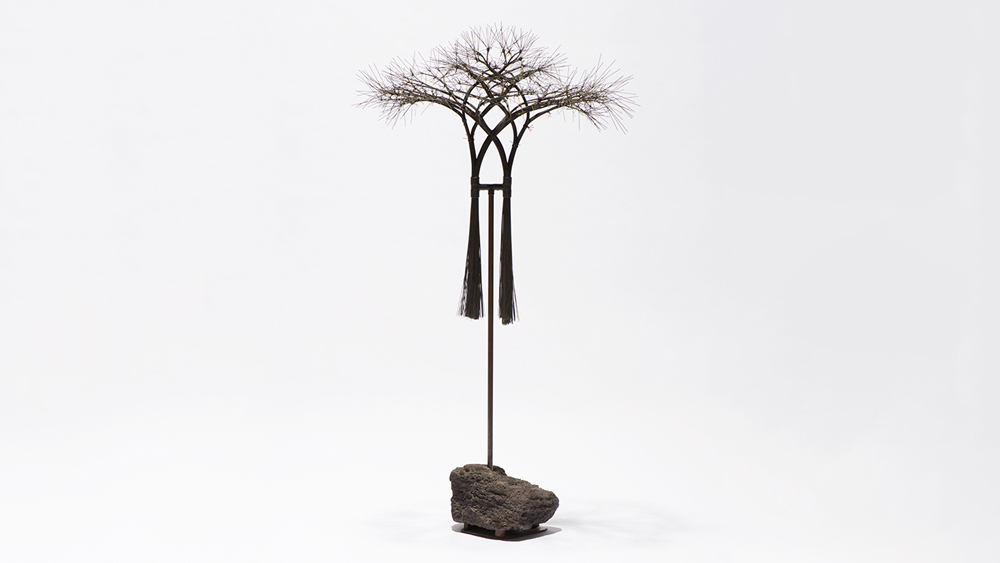 Women artists will be front and center on June 10, when Los Angeles Modern Auctions (LAMA) holds its spring auction. At that time, we’ll be seeing pieces by Vija Celmins, Ruth Asawa, Helen Pashgian, and Mary Corse—all slated to lead the 279-lot sale. “Despite women’s dominance within the art world workforce, artwork by women has long been undervalued on the secondary market,” says Clo Pazera, a fine art specialist at LAMA.

“Untitled (Fish), an oil on canvas by Celmins, is being offered on the market for the first time since being acquired shortly after the artist’s landmark 1963 graduate show at UCLA,” Pazera explains, adding that until recently, these relatively early works had largely been overlooked. “Now they are some of the most sought-after pieces in her oeuvre.” The painting is tagged at $500,000 to $700,000.

Asawa’s circa-1965 wire sculpture, Untitled (S.809), in oxidized copper and copper tubing, is also fresh to market, says Pazera, as it was acquired directly from the artist by architect Edgardo Contini not long after Asawa’s 1965 solo exhibition at the Pasadena Art Museum (now the Norton Simon Museum). The sculpture carries an estimate of $100,000 to $150,000.

Also of interest, says Pazera, are two works by women involved in the Light and Space movement: Helen Pashgian’s ethereal sculpture, Untitled (2006), a curved hybrid of painting and sculpture that’s internally lit, and Untitled (White Light Grid), Mary Corse’s minimalist masterpiece from 1988. The former is estimated at $7,000 to $10,000; the latter at $60,000 to $90,000.

“This auction was already coming together with important voices from women artists, but we felt it was critical to offer a strong work by Corse at this moment,” says Peter Loughrey, founder of LAMA, adding that the piece was sourced from a private collection in Bel Air, Calif. The timing, he explains, could not be better, as Corse’s first solo museum survey opens at the Whitney Museum of American Art in New York on June 8. “Collectively,” says Loughrey, “the works on offer attest the impressive impact women have had on the art world over the past 60 years.”