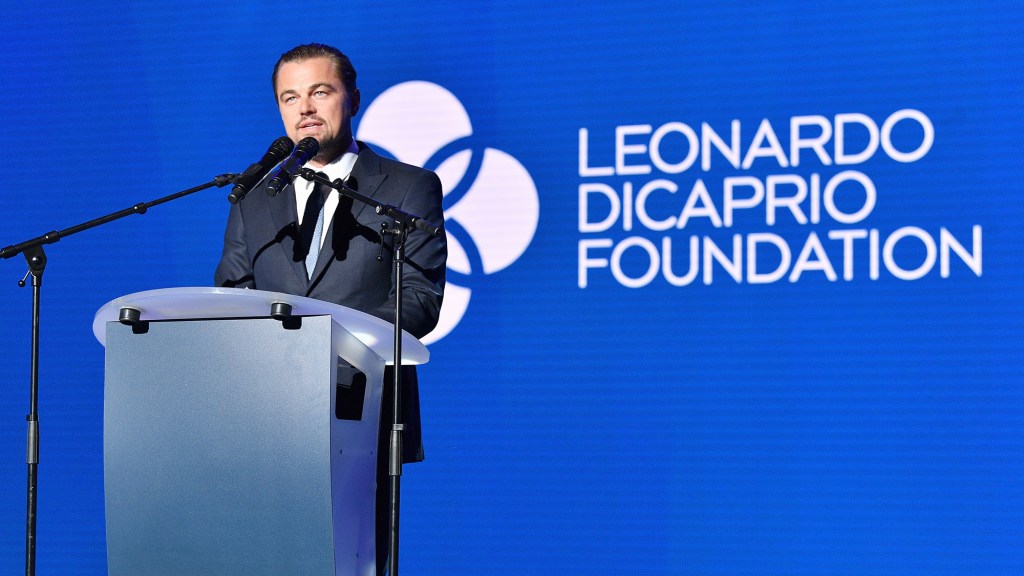 The Leonardo DiCaprio Foundation hosted its fourth annual fundraising auction gala on Wednesday, July 26. It was held in the Domaine Bertaud Belieu vineyard in the Provençal village of Gassin, just outside Saint-Tropez. The red-carpet event, which was attended by a dazzling constellation of stars and celebrities, raised $30 million through a live auction that included a one-of-a-kind Porsche and dinner with DiCaprio himself. An online auction will continue to raise money for the foundation from August 10 through 23.

This year’s A-list attendees included Madonna, Sean Penn, Kate Winslet, Billy Zane, Lenny Kravitz, Gerard Butler, and, of course, host Leonardo DiCaprio (who founded LDF in 1998 to fund efforts to combat climate change as well as protect endangered ecosystems and species). DiCaprio presided over the festivities, kicking off the event with a speech about his foundation’s mission and some of its recent efforts.

“The health of our planet is grave. This crisis is real,” DiCaprio said. “What we seem to lose sight of is that we are part of nature—in fact, we depend on nature for our very survival. Our natural systems sustain us with all that is necessary for life, such as ample food, clean air and drinkable water.”

In the past year, LDF has helped protect more than 1.6 million square kilometers of ocean—an area more than twice the size of Texas. It has also contributed to efforts to save endangered species like the wild jaguar and grey wolf, and has restored the wildlife of Tanzania’s Mkomazi national park.

The evening was filled with entertainment, including performances by Lenny Kravitz and Madonna. But the real star of the event was the collection of unique experiences, memorabilia, and fine art that was up for grabs at the live auction.

Among the top sales of the evening were a 1963 Porsche 356 Coupe (signed by stars including Sean Penn, Bradley Cooper, Robert De Niro, and Diane Keaton, among others); a cruise on the ecological research ship Yersin with Albert II, Prince of Monaco; and, celebrating the 20th anniversary of the film Titanic, an original lifejacket from the movie, signed by Winslet, DiCaprio, and director James Cameron. Art works by Damien Hirst, Frank Gehry, Jeff Koons, Julian Schnabel, and Zhang Huan were also included among the lots.

The fundraising will continue with an online auction that takes place August 10 through 23. Star lots of that sale will include a host of unique items and experiences, including a vacation at the Brando private-island resort in Tahiti; a Bugatti Home Ettore grand bureau and office chair; and musician Bob Weir’s Tesla, signed by members of the band Dead & Company.