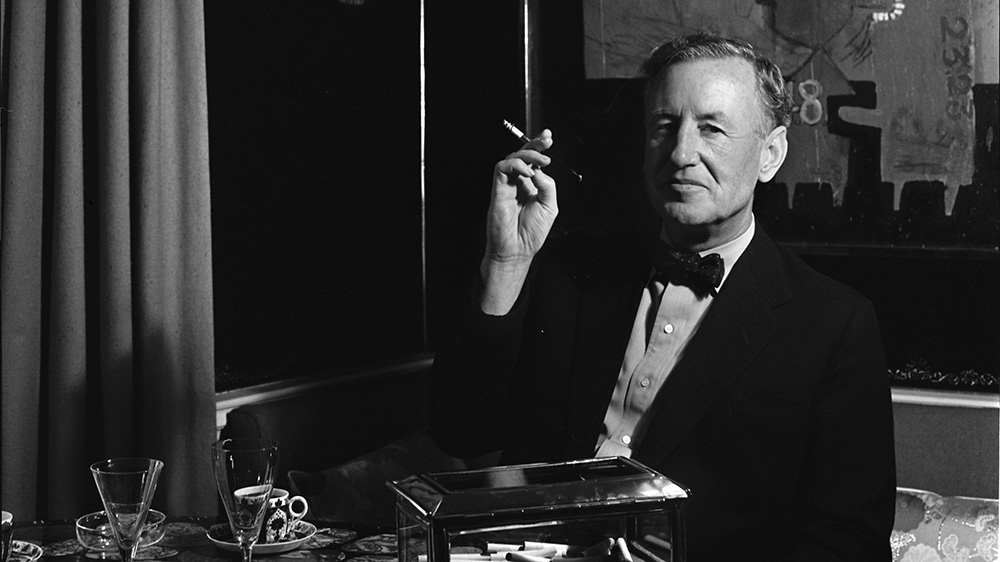 Everyone knows James Bond as the suavest MI6 agent to ever sip a martini, but most know far less about his creator Ian Fleming. Now, a set of letters between the author and his wife Ann are set to give at least one Bond aficionado unparalleled insight into the author‘s life—and that of his legendary spy.

A shocking stash of written correspondence between the writer and his wife will head to auction early next month as part of Sotheby’s latest English Literature, History, Children’s Books and Illustrations in London. In addition to illuminating the couple’s sometimes fraught time together, the letters also chart the evolution of Fleming’s most famous creation, Agent 007.

The set consists of more than 160 letters, written over 500 pages, that capture the intensity of their relationship, from its start as a secret love affair, which extended across her first two marriages, to their embittered final years together. Every aspect of their inner lives is on display, from intimate effusions of love to gossip about their rich and famous friends to bitter and cutting remarks as the relationship began to sour.

In one letter, Fleming makes clear his jealousy over his wife’s vibrant social life: “There is no one else in my life. There is a whole cohort in yours,” he wrote. “I envy you your life of parties and ‘the mind’ and you envy I suppose my life of action and the fun I get from my books … I am hopeless and like a caged beast in drawing and dining rooms and there is nothing I can do about it.”

As intriguing as Fleming’s relationship with Ann may be, what might interest fans of the spy franchise even more is how the letters describe the gestation of James Bond, the character. Fleming started putting the adventures of fiction’s most famous spy to paper shortly after the couple wed, starting with 1952’s Casino Royale, in an attempt to make more money. He would spend the winter months of each year at Goldeneye in Jamaica writing that year’s Bond adventure, and he kept Ann abreast of the thinking behind each globe-trotting tale.

“Meanwhile the book is galloping along. I have written a third of it in one week—a chapter a day,” he wrote of From Russia With Love. “I expect I shall get stuck soon but to date it does well and interests me. The first half is about Russia and that has always interested me. They have decided to murder Bond. A beautiful spy called Titania Romanova is about to appear.”

Fleming would go on to write 12 Bond novels and two short story collections before dying of heart disease in 1964 at the age of 56.

One of Ian Fleming’s letters to his wife Ann  Sotheby's

“James Bond was very much a product of Ian and Ann’s relationship,” Gabriel Heaton, Sotheby’s specialist in books and manuscripts, said in a press release. “It is no coincidence that Ian wrote his first Bond novel in the same year they married, both as an outlet for his libido and imagination, and also in an attempt to make money for a woman who was used to being unthinkingly rich.”

The Sotheby’s sale will take place from December 3 to 10 in London. Fleming’s letters, perhaps the highlight lot of the auction, are expected to sell for somewhere between $250,000 and $385,000. Three months later, in March of next year, No Time to Die, the 25th Bond film will hit theaters worldwide.