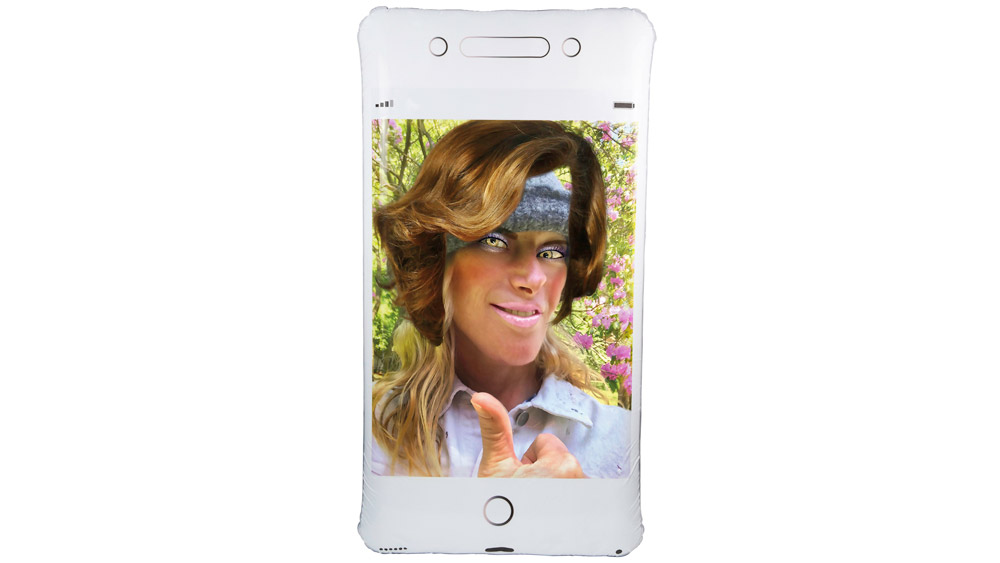 As the summer continues to heat up, what could be cooler than lounging on the water on a one-of-a-kind pool float designed and signed by the photographer and conceptual artist Cindy Sherman? The 5.5-foot, metallic silver pool float, which bears a selfie from the artist’s iPhone, is being offered in an online charity auction that runs on eBay through July 29.

“I took a photo of myself wearing a knitted hat for Helene Winer of Metro Pictures gallery who made it for me. But before I could press send, I accidentally pushed a button that merged the image with another on my iPhone,” Sherman says, in describing what she calls the “Oops” image. “I thought it was a happy accident, so I kept it.”

Proceeds from the sale of the float will be earmarked for +Pool, a New York nonprofit initiative aimed at reclaiming the city’s rivers as a recreational resource while educating the public about issues affecting water quality.

While most great cities of the world have one river to enjoy, New York has two—but none have been safe to swim in since the late 1930s. +Pool plans to change all that with the construction of an innovative water-filtering, floating swimming pool to be anchored at a soon-to-be-selected site along the New York City waterfront. If all goes according to plan, the tight mesh walls of the 9,000-square-foot +Pool will clean more than 600,000 gallons of river water every single day without the use of chemicals or chlorine.

“+Pool is very much an artist-led project, which lends itself to fun collaborations like this one with Cindy,” says Archie Lee Coates IV, a fellow artist and cofounder of +Pool. “We absolutely adore her work and love the concept of literally blowing up her iPhone and Instagram.”

The float, explains Coates, can be used in the water or as a sculptural object. It is packaged in a Sherman-inspired canvas tote designed by Virgil Abloh and bears the quote “I’d rather be swimming” from the water-loving artist. It also comes with a black-and-white photo of Sherman swimming. In addition, the lucky bidder will be given a personalized +Pool tile—a keepsake duplicate of one that will be installed at the pool when it is built—as well as a “first dip” pass when it opens.

For those who may find themselves outbid, they have the option of purchasing unsigned metallic silver versions of the pool floats for $250 at Third Drawer Down’s new eBay store.