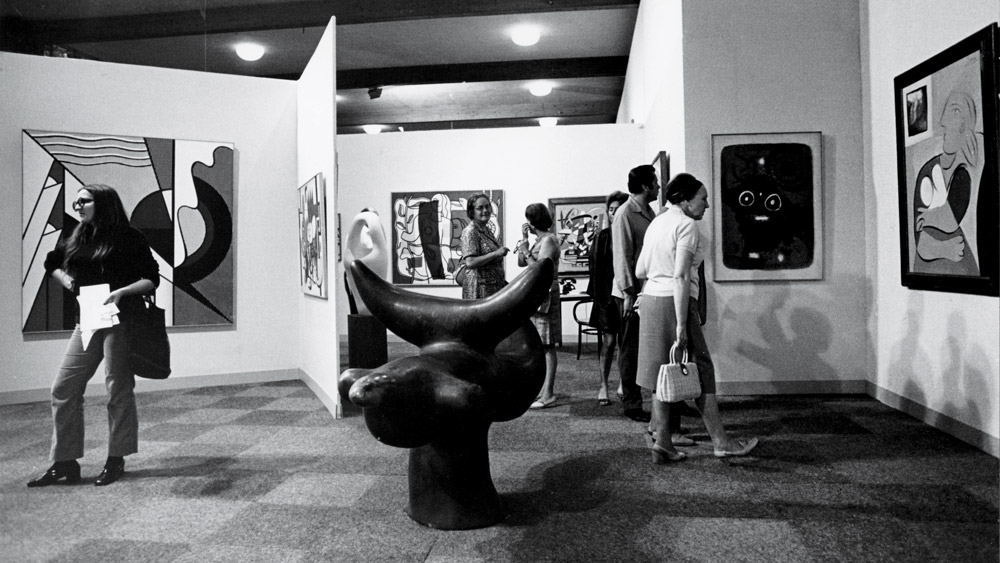 Since joining the Art Basel team as codirector in 2007 and taking the helm as global director in 2012, Marc Spiegler has spearheaded the exponential growth of the 48-year-old fair. “The strength of Art Basel lies entirely in the strength of its galleries,” says Spiegler. “At a time when the gallery model that has worked for decades is being called into question, our focus is on keeping those galleries strong—creating as broad, as deep, and as engaged a global collector base as possible to ensure that they prosper. For us, it’s not about building a brand; it’s not about leveraging content. It’s about making sure that the people who often take the first and often the riskiest bet on a young artist are in a position to do that, as often and as successfully as possible.”

The brainchild of three Basel-based gallerists, the inaugural fair in 1970 offered a roster of 90 galleries and attracted some 16,000 visitors. Today, the Art Basel franchise hosts three editions: Basel, Miami Beach, and Hong Kong, the latter of which launched in 2013. Spiegler, who likens the events to siblings rather than clones, says each fair has a distinct personality—largely on account of its relationship to its host city, with half of the exhibiting galleries coming from the region. Collectively, the fairs attract more than 255,000 visitors annually, and their respective sales have topped $3 billion.

Spiegler cites the rise of Asia and the expansion of the digital sphere as key components in fueling the global growth of the art market, which notched $63.7 billion in 2017, according to the latest Art Basel/UBS Art Market report. “Today, information about new artists, new galleries, and new artworks spreads almost instantaneously,” he says. “And as we have seen at Art Basel, a gallery that uses social media intelligently can be present within a few years in a way that in times past would have taken decades, not to mention substantial financial backing.”

What does it take to stay ahead of the game? “If you’re a market leader,” says Spiegler, “you do that by innovating, by analyzing, by creating things that didn’t exist before, and by finding ways to work more closely with your clients and, in turn, with their clients.”