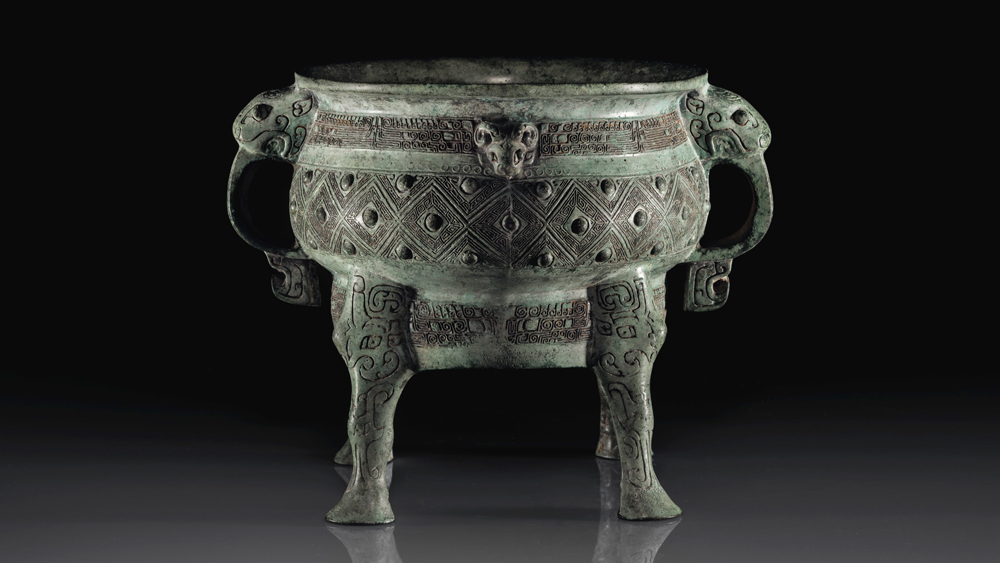 As anyone following the art market knows, 2018 was a banner year for headline-grabbing lots—from Banky’s self-shredding painting at Sotheby’s in New York in October to the record-setting sale of David Hockney’s 1972 painting, Portrait of an Artist (Pool with Two Figures) for $90.3 million—the most paid for a work by a living artist—at Christie’s in New York in November. Yet the year is also notable for the highly touted lots that failed to sell, despite ample pre-sale PR. Here are five lots that arrived on the block with great expectations, only to be greeted with buyer silence.

Offered by Christie’s in London on July 5, the rare-to-market oil on panel depicts the artist’s only daughter and is though to have been painted not long before her untimely death at age 12 in 1623. Recently rediscovered after a major cleaning, the painting had been in the collection of the Met before being sold as a work by a follower of the Flemish master for $626,600 at Sotheby’s New York in 2013. Despite being tagged at a seemingly reasonable £3 million to £5 million ($4 million–$6.7 million) for a work by Rubens, the lot, which was exhibited in New York and Hong Kong ahead of the sale, failed to elicit much interest. Some speculate that the Met’s original attribution as a work by a follower may have played a part in its lackluster reception.

Made during the early years of the Western Zhou Dynasty, the 1,000-year-old Zuo Bao Yi Gui was expected to emerge as the star lot in a marathon round of sales at the major houses during Asia Week in New York in September. It is one of only 15 known bronzes of this type in existence—the rest of are held in museum collections. The rare ritual food vessel had been in the collection of none other than the long-reigning Qianlong Emperor, a collector of great note who included it in his famed antiquities catalogue, Xiqing Gujian, in 1755. Despite its stellar provenance and exquisite condition, the bronze—tendered by Christie’s in a single-lot sale on September 13 for an estimated $4 million to $8 million—failed to find a taker. Perhaps it might find a more fitting role as a horse anchor.

Christie’s had high expectations going into its sale of Impressionist and modern art on November 11. The offering was led by Van Gogh’s Coin de jardin avec papillons (1887), which headed to the block with an unpublished estimate in the region of $40 million. Bidders had little interest in the fresh-to-market canvas, which depicts a boldly colored garden scene. It bought-in just short of $30 million, which sent the work back into the holdings of its consignor.

Few Pollocks have come to market with such stellar provenance as Phillips’ cover lot for its November 15 New York sale. The artist’s Number 16 (1950), described by the house as “a timeless icon whose formal command is matched only by its unique provenance,” was purchased by Nelson Rockefeller for just $306 from the Betty Parsons Gallery in December 1950, after which it was donated to the Museu de Arte Moderna do Rio de Janeiro (MAM Rio). The work was executed in the artist’s barn in East Hampton in 1950, a year critics cite as the “zenith of his ‘drip period.’” Nonetheless, the painting, which carried an estimate on request in the region on $18 million, was among 10 lots in the 41-lot offering that failed to find a buyer.

We suppose there is some debate whether a movie poster constitutes “art” but given the prices paid for such memorabilia in recent years, collectibles of this ilk are worth a mention, particularly when they are as promoted as this single-lot Halloween online offering at Sotheby’s in October. The rare PR piece for the 1932 horror classic staring Boris Karloff—one of only three known to have survived—was expected to bring $1 million to $1.5 million but failed when its reserve of $950,000 went unmet. This same poster had set an auction record of $453,500 when it sold at the same house in 1997. The current record for a movie poster at auction is $525,800, set by a poster for Dracula (1931) starring Bela Lugosi, which sold at Dallas-based Heritage Auctions in November 2017.