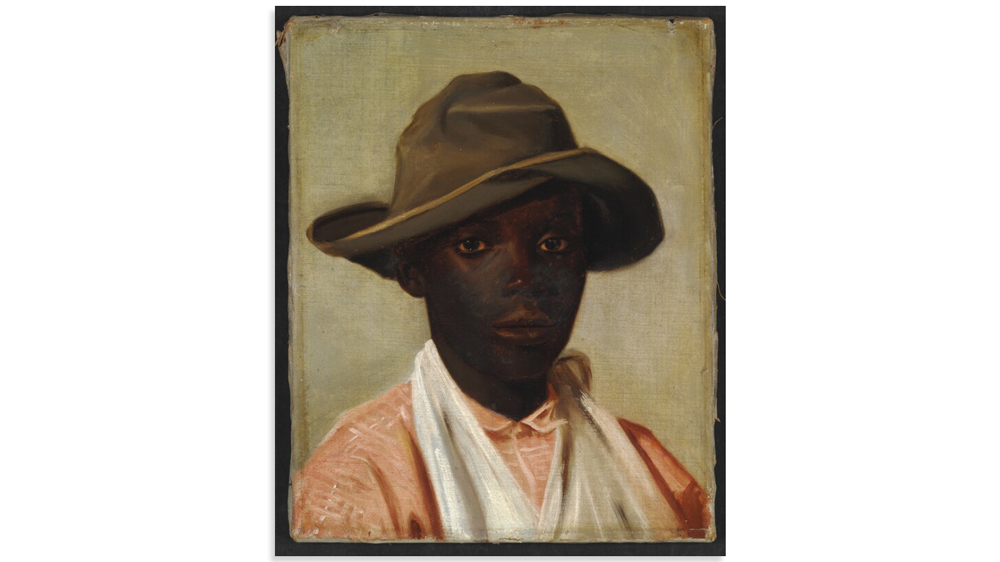 Portrait of a Boy (1852–55), an early oil on canvas by Camille Pissarro—who would become a leading figure among the French Impressionists—will be offered by the Copenhagen-based auction house Bruun Rasmussen on May 29. The painting, which only recently came to light, is considered a “pre-impressionist” work and was executed during the artist’s time in the Virgin Islands (known at the time as the Danish West Indies) where he grew up. It depicts a young man of African descent, his face delicately rendered with fine brushstrokes. “Throughout his career, Pissarro was preoccupied with depicting people going about their daily lives,” says Julie Arendse Voss, head of the fine art department at the house.

She further explains that with its early date, the painting sheds important light on the artist’s formative years, prior to his relocation to Paris in 1855. “We know of only one other portrait from this early period of Pissarro’s artistic life.”

As for its discovery, says Voss, “Out of the blue, a family showed up at our auction house with a portrait of a boy. They explained that it was a painting by Pissarro, which the current owner’s great-grandfather, Hermann Meier Hjernøe (1823–77) had received as a gift from the artist himself when they both lived on the island of St. Thomas in the Danish West Indies.”

“When I saw the portrait, I was struck by its beauty, but I could hardly believe it was a Pissarro, as it is not painted in a manner we normally associate with the artist. On the other hand, it was a very early work, and the family’s connection to Pissarro and the Danish West Indies convinced me that it just might be authentic. We contacted the foremost experts in this arena, Wildenstein Plattner Institute in New York, and asked if they would take a look at it. This past November, they confirmed that the painting is indeed an authentic work by Pissarro and it has since been added to the artist’s digital catalogue raisonné.”