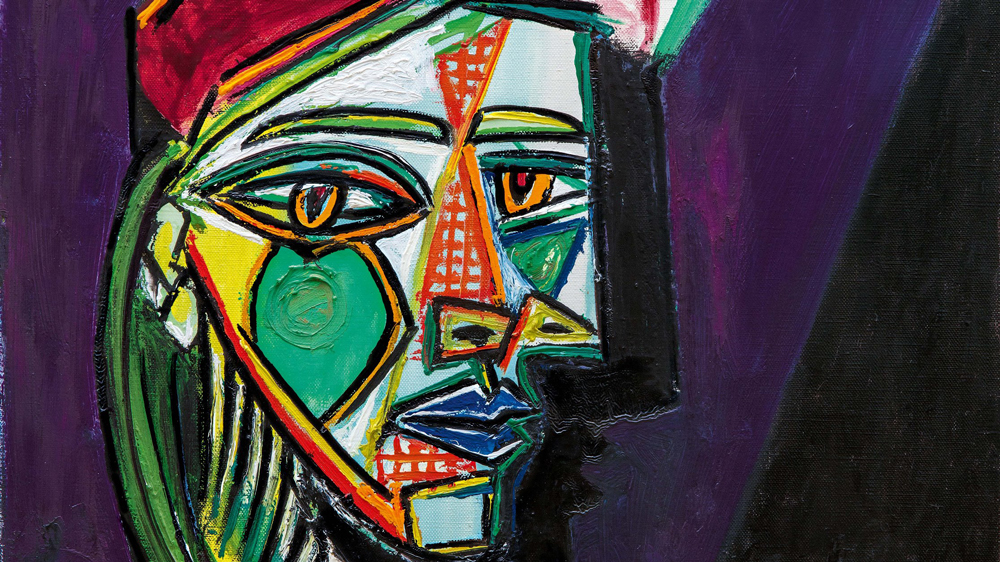 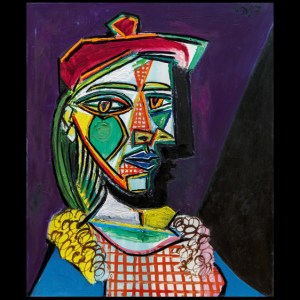 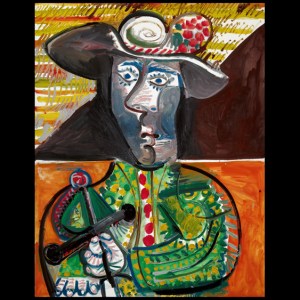 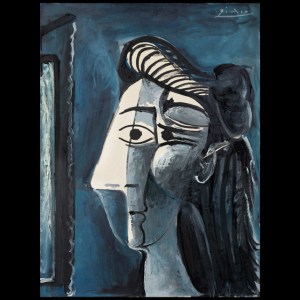 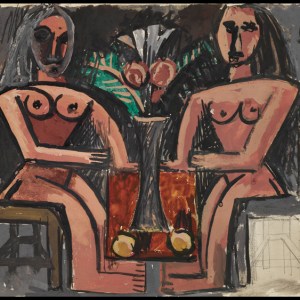 “With such a strong appetite for Picassos at the moment, it is an honor to present a rare fresh-to-market work,” says Helena Newman, global cohead of impressionist and modern art at Sotheby’s. She is referring to his stunning 1937 portrait of lover and muse Marie-Thérèse Walter, which will be offered in London the evening of February 28.

“Femme au béret et à la robe quadrillée (Marie-Thérèse Walter) is one of the greatest Picasso portraits to appear on the market in recent years,” says Thomas Bompard, head of the impressionist and modern art evening sales for Sotheby’s London, adding that it was painted only months after Picasso’s monumental Guernica and Weeping Woman—the latter bearing features resembling those of yet another lover, Dora Maar. (An important painting of the same subject, executed in 1932, hits the block at Phillips in London on March 8).

Other highlights include Alberto Giacometti’s Lustre avec femme, homme et oiseau, a quadruple-branched bronze chandelier originally commissioned by Swiss art book publisher Louis Broder in 1949, and is the first of three cast in 1952. It carries an estimate of £6 million to £8 million ($8.35 million to $11.1 million).

Two works by Salvador Dalí headline the Surrealist sale later in the evening on February 28, with both hailing from the collection of Condesa Cuevas de Vera. The first, Gradiva, is an oil on copper painted in 1931, and the other is an oil on panel, Maison Pour Érotomane, from 1932. They each carry estimates of £1.2 million to £1.8 million ($1.7 million to $2.5 million).