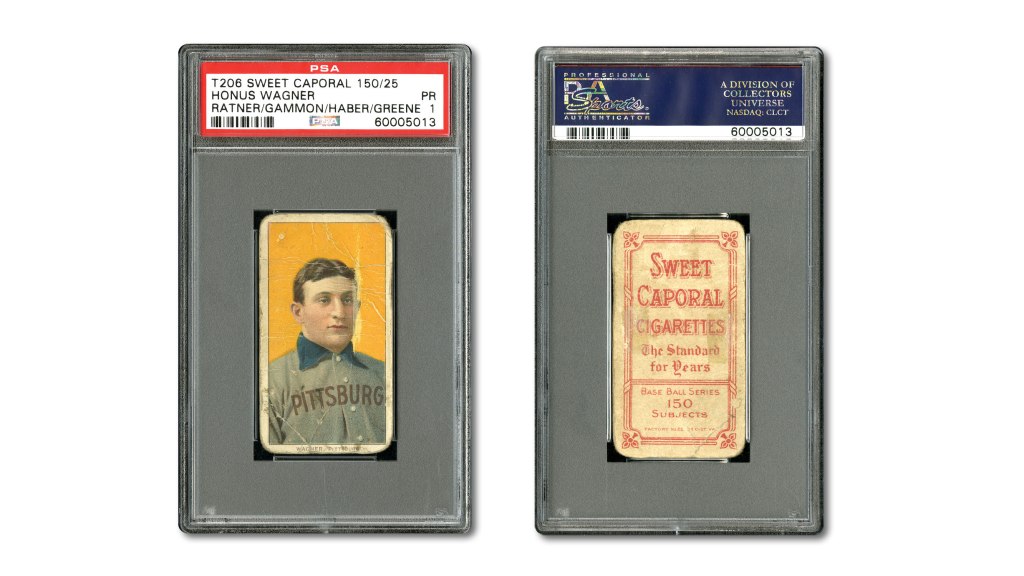 Honus Wagner is widely considered one of the greatest baseball players of all time. But for collectors, the Pittsburgh Pirates shortstop is also one of the most elusive: In 1911, three years after the American Tobacco Company began distributing the T206 Honus Wagner card, the player insisted that it halt production. The reason, it is widely believed, is that the athlete didn’t want his young fans buying cigarettes in order to obtain his card. As such, no more than 200 examples were ever distributed; today, only 60-odd are known to exist.

Any of the genuine Honus Wagner baseball cards that exist today is precious enough to command six figures at auction. But on May 24, California’s SCP Auctions will unveil a particularly rare example. Dubbed the Original Wagner, the card was first mentioned in a 1930 New Jersey newspaper article highlighting the collection of the card’s original owner Willie Ratner. It was the first major public statement on the rarity of the T-206 Honus Wagner, making it, for many collectors, the holy grail of baseball memorabilia. Nearly 90 years later, that same card may be far from pristine—it has a PSA grade of one on a scale of one to 10—but it is expected to sell for upward of $500,000.

SCP Auctions will present the Original Wagner in its J. Ross Greene Collection online auction, running from May 24 through June 10. More than 100,000 lots will be offered, spanning pre-war and post-war baseball and football cards gathered over more than half a century. If the Original Wagner sells for its current estimate of $500,000, it will eclipse the card’s 1996 auction record of $48,500 by more than 10 times. (scpauctions.com)