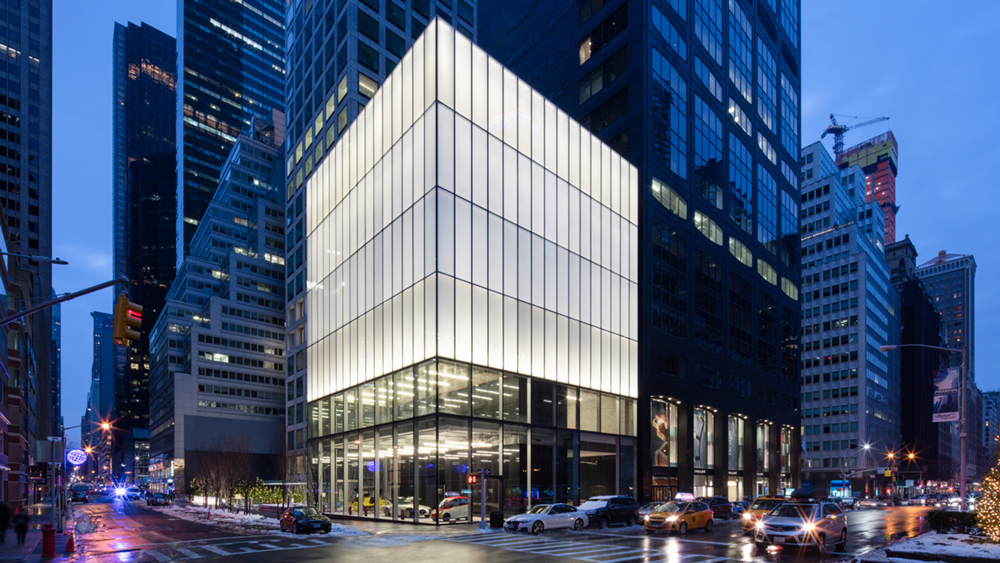 Having inaugurated a state-of-the-art London headquarters at 30 Berkeley Square in the heart of Mayfair in 2014, Phillips is increasing its global footprint with a major expansion of its New York operation this coming year. The auction house, which moved its New York headquarters from Chelsea to 450 Park Avenue in 2013, will literally be moving down the block to 432 Park Avenue. There, it will set up shop in some 55,000 square feet of commercial space in a new 1,396-feet-high Rafael Viñoly-designed, Macklowe Properties-developed tower, which, when completed, will be the tallest residential tower in the Western Hemisphere.

The new digs include what has been dubbed the Park Avenue Cube, a white-glass modernist structure that offers more than 5,000 square feet of exhibition space on two floors on the northwest corner of 56th Street and Park Avenue. The house will also take over a double-height, column-free underground concourse spread over more than 30,000 square feet, which can be directly accessed from Park Avenue, while executive offices will have an entrance on 40 East 57th Street, right across from the Four Seasons Hotel. Beyond ample room for auctions and exhibitions, the new headquarters—which is some 10,000 larger than the house’s current New York space—will feature a cafe, auditorium, and private sales galleries. As of this writing, the house has issued a request for proposals for architects interested in designing the interior spaces.

The move marks a departure from its auction house rivals Sotheby’s and Christie’s, both of which have been streamlining operations as of late. “We’ve made great strides as a company in the last few years and this move to 432 Park Avenue is emblematic of that growth,” Edward Dolman, Chief Executive Officer of Phillips, told Robb Report. “It’s an extraordinary space and we believe it will help take our company to the next level. We very much look forward to 2019.” Phillips New York expects a turn-key date in late summer or early fall of 2019.