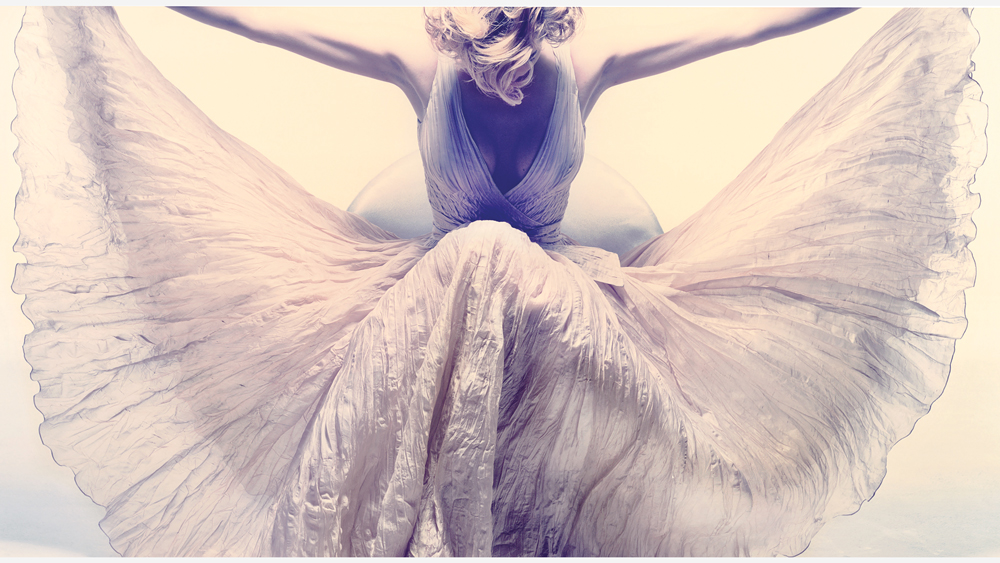 “While every market is subject to the vagaries of currency fluctuations, political upheavals, and all the things that adjust our lives on a daily basis, I am surprised that there has been such resilience in the market for photography over the past decade,” says Michael Hoppen of London’s Michael Hoppen Gallery. He will be among the 160 international dealers exhibiting at Paris Photo, the 21st edition of which runs at the Grand Palais November 9 to 12. Hoppen’s observation is underscored by a recent analysis of this niche, says Roman Kräussl, a specialist in alternative investments at the University of Luxembourg School of Finance.

“Benchmarked against other asset classes, photography remains a wise investment,” Kräussl notes. “Moreover, its relative affordability provides a wealth of opportunity for collectors looking to get in the game.”

Despite a recent cooling in the overall art market, sales of photographs at auction notched $72 million globally in 2016. Of that figure, $31.6 million was shared by category leaders Phillips, Christie’s, and Sotheby’s. According to the London-based art-market analytics firm ArtTactic, which has monitored sales in the medium since 2008, last year the trio brought in $12.78 million, $10.67 million, and $8.17 million, respectively. Their revenues were propelled by an increase in demand for contemporary photographs, which for the first time surpassed modern works in terms of dollar volume. Among the recent six-figure sales are images by blue-chip notables Thomas Struth, Andreas Gursky, Gilbert & George, Helmut Newton, Robert Mapplethorpe, and Cindy Sherman.

ArtTactic founder Anders Petterson says he anticipates further growth in the category, as the audience for photo-based work continues to expand online and in the salesrooms. According to his firm, the three major houses enjoyed a season-on-season sales increase of 21.9 percent since the close of last year, collectively pulling in some $19.3 million in the first two quarters of 2017. Phillips maintained its lead during the first half of the year, booking more than $9.3 million in photography sales, or 48.2 percent of the collective total.

Distaff.01 (2017), an embroidered photograph on canvas by Juana Gómez, will be shown by Michael Hoppen Gallery at Paris Photo.  Photo: Courtesy

While sales of blue-chip works tend to make headlines, it’s important to note that nearly half of the images sold at auction command less than $50,000. At Phillips, for instance, 45.6 percent of the photographs sold last year were purchased for less than $10,000, making the house an attractive destination for collectors looking to enter the market with little downside risk with respect to quality and authenticity.

“Forty percent of the buyers at our New York sale this past April were new to the photography market, which for us is an encouraging sign,” says Vanessa Hallett, deputy chairman for the Americas and worldwide head of photographs at Phillips. She adds that the house has also seen tremendous growth in Asia, where photography remains a relatively new collecting category. Last November, Phillips Hong Kong achieved an artist record at auction for British fashion photographer Nick Knight when his Tatjana Patitz for Jil Sander (1992) sold for HK$2,360,000 ($304,204) on its estimate of HK$420,000 to HK$620,000 ($53,800 to $79,500)—more than doubling the previous auction record for Knight’s work, which was set at Phillips in London in May 2016.

Hallett attributes Phillips’s success in attracting new audiences in part to its growing reputation for introducing new artists to the market at relatively affordable prices. A case in point, she says, is Awol Erizku, whose chromogenic print Girl with a Bamboo Earring (2009)—a riff on Johannes Vermeer’s 1665 tronie Girl with a Pearl Earring—achieved $52,500 on its $12,000 to $18,000 estimate at the house in April. For Hallett, the sale not only marked an impressive auction debut for the 29-year-old Ethiopian-American artist but also increased the number of artist records established at the house since 2015 in the photography category—a number that now stands at 40.

“The beauty of photography is not just its broad appeal,” says Emily Bierman, head of photographs at Sotheby’s, “but the fact that you can buy a masterpiece in a way that you can no longer buy a painting, making it a perfect gateway category for serious collecting.” Bierman notes that while the price points between these two categories may be dramatically different, the divide between them is beginning to narrow.

Sotheby’s has witnessed increasing interest in contemporary photographs over the past couple of years, according to Bierman, particularly from collectors of contemporary paintings and sculpture. This marked upsurge in demand prompted the house to hold its first stand-alone sale of postwar and contemporary photographs this past fall. “This season, we felt we were especially well positioned to make the move, given the extraordinarily strong group of photographs we had on offer, which was anchored by a selection of 49 lots from the Steven and Ann Ames Collection,” Bierman says, referring to the house’s September 28 sale, which brought in $2,486,125. The total was well within the house’s presale expectations of $2,099,00 to $3,162,000 for the 93 lots offered. From December 5 to 18, Sotheby’s is offering five additional images from the vaunted Ames Collection online, among them Thomas Struth’s chromogenic print Todai-Ji, Daibutsu-Den–Nara (1996), which carries an estimate of $30,000 to $50,000. For those interested in the work of the German artist, Thomas Struth: Nature & Politics opens November 5 at the Saint Louis Art Museum. The exhibition runs through January 21, 2018.

Darius Himes, the international head of photographs at Christie’s in New York, offers his own perspective on the current dynamics of the photography market. “I don’t know that we are seeing a growing preference for postwar and contemporary works,” he observes, “as much as a market response to the sheer quality of material coming on the block, which, in the case of recent consignments, just happens to be contemporary.”

The appearance of great collections on the market, of course, significantly bolsters results. “This is especially true when we can tell the story behind a collection and the collector who amassed it,” says Himes, citing several choice consignments that have come to Christie’s in recent months; among them are two
single-owner collections and a cache of 400 modern works being deaccessioned by New York’s Museum of Modern Art (MoMA). The latter is being offered over a series of seven sales, the last of which will be held in April 2018. The MoMA trove includes images by such luminaries as Henri Cartier-Bresson, Ansel Adams, and Man Ray, whose auction record in all media was set at Christie’s in May when his photograph Portrait of a Tearful Woman (1936) sold for $2,167,500 on its $400,000 to $600,000 estimate. The house is also offering selections of images by female photographers, including Berenice Abbott and Dorothea Lange, in an online sale running November 29 through December 7. Many of the lots carry estimates that range from $5,000 to $30,000.

“For me, the relevance and value of photography is that it is a sort of mirror on the world,” muses Hoppen. “In this digital age, the medium unfurls itself so well across languages.” But to fully grasp its nature, he believes, we must turn away from our screens and get out and see the works on offer firsthand. This month, Paris Photo provides the ideal opportunity.