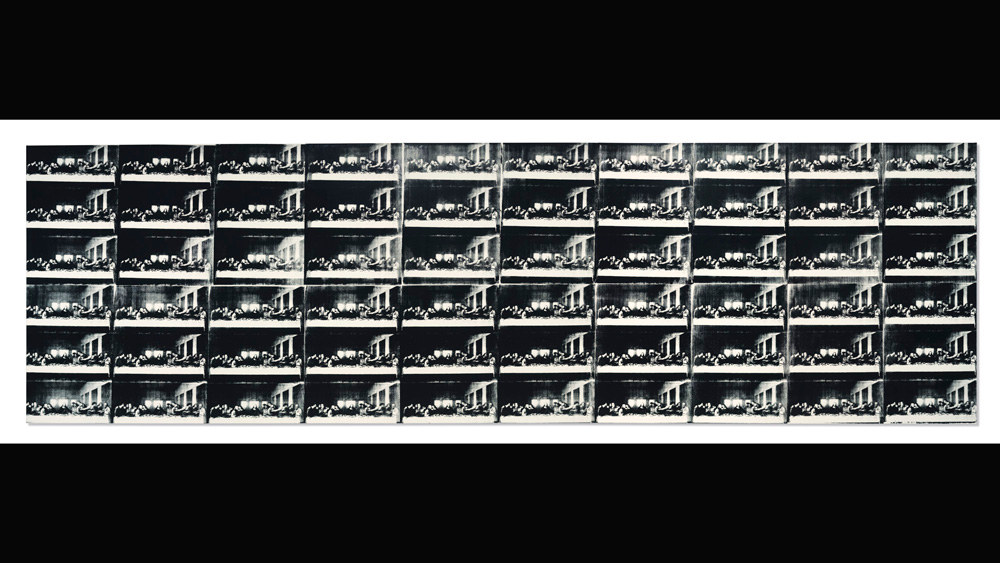 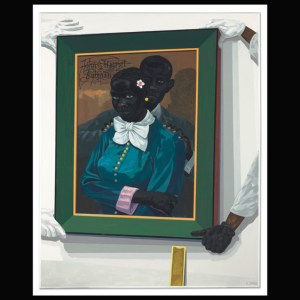 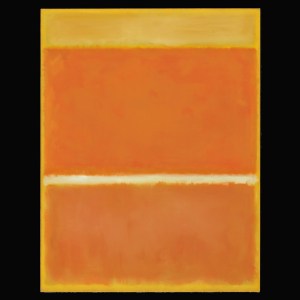 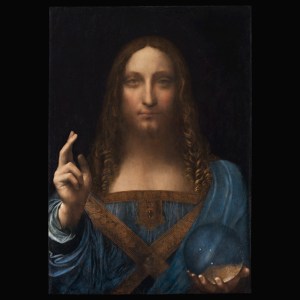 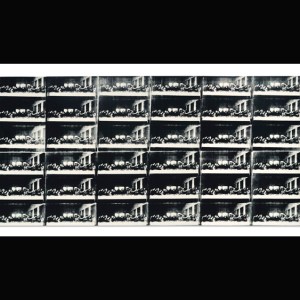 They appear in part as marketable bookends to a huge and overflowing cornucopia of drawings, paintings, and sculpture, many of which qualify as potential trophy works for discerning and deep-pocketed collectors.

Postwar and Contemporary Art at Christie’s

November 15 is the day that postwar and contemporary art lands at Christie’s.

Chicago-based painter Kerry James Marshall’s riveting Still Life with Wedding Portrait (2015), executed in acrylic on PVC panel, features the abolitionist couple John and Harriet Tubman elegantly attired and is estimated at $1 million to $1.5 million. Marshall’s astonishing Old Master–style technique and historical examinations are in full force with this example, including the graceful cursive script spelling out their names at the top left of the canvas and the disembodied white- and black-gloved hands that hold up the painting for view. Marshall was recently lauded for his traveling retrospective that touched down at the Metropolitan Museum of Art earlier this year.

A rare abstract expressionist jewel, Mark Rothko’s color-charged Saffron (1957) executed in glowing pale-gold hues was exhibited in the artist’s early and important retrospective in 1978. It is pegged at $25 million to $35 million. It last sold at auction in June 1991 at Sotheby’s London for £770,000 ($1.25 million), certainly a very different time in the international art market.

Speaking of Old Masters, Christie’s is offering Leonardo da Vinci’s abraded yet still stunning Salvator Mundi (Savior of the World) from circa 1500 in the context of its postwar and contemporary sale. Citing the oil on panel as timeless, the house expects the work to fetch $100 million. There are fewer than 20 paintings by Leonardo that are known to have survived, and this is the only one remaining in private hands.

The bearded and elaborately robed figure of Christ holding a crystal orb in his left hand and gesturing with his right is also backed by a third-party financial guarantee, and it’s any oddsmaker’s guess what it might bring.

The painting was spotted and bought without that attribution some years ago in an obscure regional auction in the U.S. for less than $10,000 by a sharp-eyed Old Master dealer. It was subsequently cleaned and sent the world over for examination by Leonardo experts, who accepted it as authentic in 2011. That dealer, with two other investor colleagues, sold it privately through Sotheby’s for a reported $80 million, and it was subsequently resold in 2013 for $127.5 million to a European collector understood to be Russian billionaire Dmitry Rybolovlev. The title in the Christie’s catalogue only states “property from a private European Collection.”

If that isn’t enough excitement, there’s a truly contemporary contender in the guise of Andy Warhol’s late black-on-white Sixty Last Suppers (1986). A riff on da Vinci’s work of the same name, the Warhol measures more than 30 feet in length and carries an unpublished estimate in the region of $50 million.

The Warhol and the Leonardo prove to be an odd couple, but it is true that Warhol—late in his career and as a devout Catholic—was inspired by the da Vinci composition and was commissioned to take the subject on by dealer Alexander Iolas, who arranged an exhibition of the series in Milan in 1987.

Phillips will be auctioning 20th-century and contemporary art on November 16.

South Africa–born figurative painter Marlene Dumas’s expressionistic canvas The Yellow Fingers of the Artist (1985) depicts two figures drinking and smoking, set against a melancholic deep-blue background. One of the figures is the artist and Dumas’s friend Rene Daniels, who stares straight into the viewer’s eyes (est. $2.2 million to $2.8 million). Duma took candid Polaroid photos of her intended subjects for this nightlife series and transformed them in her studio.

Scottish art star Peter Doig’s large-scale winter scene Red House (1995–96) features the snow-dusted country house through a gauzy veil of blowing flakes as mysterious, shadowy figures inhabit the foreground populated by bare birch trees. Scaled at 78¾ × 98⅛ inches, the painting is estimated at a stormy $18 million to $22 million. The picture, which was part of the artist’s critically acclaimed 2008 retrospective at Tate Britain in London, has never appeared at auction. Phillips set a Doig world record in New York last May when Rosedale (1991) fetched $28.8 million.

The house is also offering AB-EX master Franz Kline’s brawny composition Sawyer (1959), which is scaled at 82 × 67 inches and dominated in its center by an immense, thickly brushed black form. It is estimated at $10 million to $15 million. The painting debuted at the Sidney Janis Gallery in 1960 in the exhibition New Paintings by Franz Kline. It last sold at auction at Sotheby’s New York in May 2003 for $1,072,000.

On a decidedly more intimate scale, Henri Matisse’s bravura drawing in charcoal on paper Jeune fille dormant a la blouse roumaine from December 1939 depicts the beautiful features of the artist’s favorite model and studio assistant from that time, Lydia Delektorskaya, at $1.2 million to $1.8 million. You would never guess from the serene image that Europe was engulfed in a world war. The drawing was last on view in New York at the Museum of Modern Art’s The Drawings of Henri Matisse in 1985.

Finally, November 16 is also a day for the contemporary art auction at Sotheby’s.

Drawings compose a spectacular chunk of the evening with masterworks from the Diamonstein-Spielvogel Collection. All the proceeds from their sale are going to benefit a yet-to-be-named, not-for-profit charitable foundation.

Leading part of that pack is Jackson Pollock’s Untitled composition from 1951, executed in black and colored inks on mulberry paper and estimated at $3 million to $4 million. Pooled inks appear to ricochet off the paper and swirl along with the artist’s intense array of closely packed drips and marks in shades of black, amber, and yellow.

A spectacular Jasper Johns Numbers composition from 2006—drawn in ink and crayon on Japanese paper mounted on Torinoko paper and bearing the artist’s signature lineup of numbers arranged in a grid pattern—is estimated at $2.5 million to $3.5 million. It also boasts Johns’s favored grayscale palette gliding across the textured surface.

Moving beyond the Diamonstein-Spielvogel trove, Sotheby’s is offering Louise Bourgeois’s wall-mounted bronze Spider IV (1997). Cast from an edition of six, plus one artist’s proof, it’s pegged at $10 million to $15 million and is backed by a financial guarantee. The largest in the series—with its outspread legs spanning 80 × 71 × 21 inches—the crawling creature poised menacingly with its coiled limbs ranks as a major work in the artist’s remarkably long and celebrated career.

Another star lot is Roy Lichtenstein’s boldly stylized, Benday-dot-patterned Female Head (1977) at $10 million to $15 million. The seller acquired the work from the Leo Castelli Gallery, the artist’s longtime dealer, the same year it was painted and has lived with it since then. The stylized head of the blonde is a racy amalgam of cubist and surrealist influences of modern masters but mated and reimagined with Lichtenstein’s pop-art aesthetic, a style especially evident in his work from the 1970s. This example has been widely exhibited in museums.

For sheer expressionist brilliance, Francis Bacon’s searing Three Studies of George Dyer (1966), portraying the Irish artist’s lover and muse in three distinct and distorted views, is pegged at $35 million to $45 million. Each oil-on-canvas panel is 14 × 12 inches, and the small triptych of Dyer pulsates with a nervous energy and a brooding—even passionate—obsession with his likeness. Bacon painted Dyer in 40 iterations, according to the recently published catalogue raisonné, and all of those were based on photographs, not formal sittings, taken by Bacon friend John Deakin. Another same-size version from 1963 sold for $51.7 million at Christie’s New York last May. 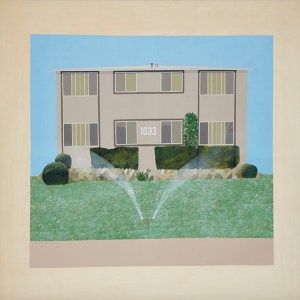 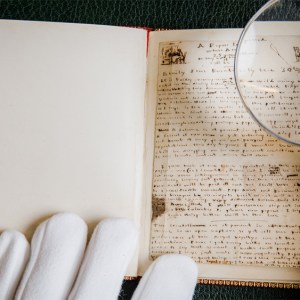